Farmers’ Bank To Be Managed under BRD – Finance Minister 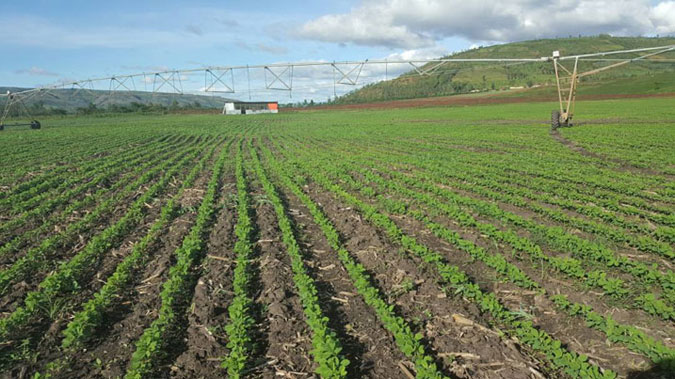 An irrigated farmland in Rwentanga,Nyagatare district in Eastern Rwanda. A farmers’ bank will improve farming

In March this year, the ministry of agriculture pleaded with parliament to push for the establishment of a farmer’s bank to address the challenge of lack of access to agriculture financing.

In response, the Agriculture Minister Dr. Geraldine Mukeshimana told the Parliament Economic and trade committee that with the farmer’s bank the sector challenges like low agriculture loans would be solved so that Rwanda attains Malabo requirements of at least 11% agriculture financing.

The Minister said that there was need for more pro-activeness from the banking sector to give agro loans to farmers in order to boost the sector which currently has less than 6% budget of agro financing.

Mukeshimana said they had suggested to the finance ministry the idea of establishing a farmer’s bank but was told it was risky and an alternative of putting it under Development Bank of Rwanda (BRD) was being considered.

In Rwanda, though 70% of people live off agricultural activities contributing 30% to the GDP, less than 6% of the total commercial loans in Rwanda is allocated to this sector.

At the Presentation of the Status of the Economy and the Budget in Q1 2020/2021 report, last month the ministry of finance was asked to explain the progress on this development.

“How far with this study? With this bank in place we can be sure farmers (including livestock keepers) get timely loans and subsidies on a timely basis at the cell and sector levels,” MP Munyangeyo said.

Minister Uzziel Ndagijimana said the study is underway but the government has decided the farmer’s bank will be run as a component under BRD which will offer agro-livestock loans under a special programme.

“BRD will be given this component but it will have a special methodology of offering agricultural loans which is different from the usual loans offered by existing commercial banks,” Ndagijimana said.

“The study is being finalized and without establishing a bank (entity), the component will equally solve the issue of agricultural financing which is still very low,” he said.

On the issue of skills, the Finance minister said that the plan is to increase more TVETs at district and sector level which will focus on agro-livestock as part of their main education components.

Some farmers who spoke to KTPress welcomed the farmers’ bank idea saying that it is a solution but the government has to consider resolving existing challenges of agro loans by reducing interest rates and providing a longer grace period.