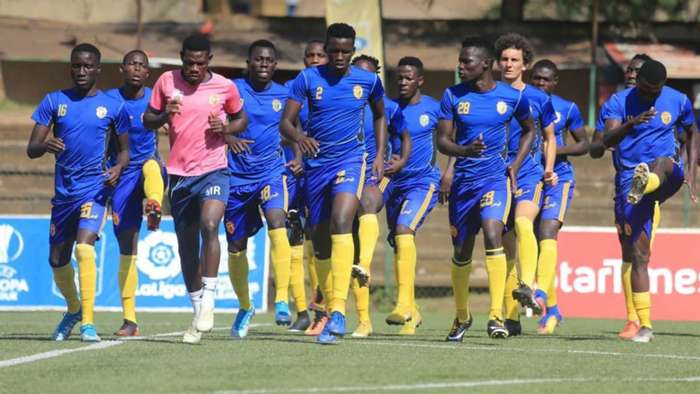 The breaching of the rules pushed the Confederation of African Football (CAF ) to hand over a win for AS Kigali after KCCA FC failed to raise a required number of players for the second preliminary round of the CAF Confederation Cup game that was to be played on Wednesday.

“We were supposed to play AS Kigali today, but the game has been canceled by CAF because we couldn’t raise the minimum number of players required by CAF. We only had thirteen players instead of 15. According to the CAF guidelines, the thirteen players could not be enough to play against AS Kigali,” Anisha Muhoozi, Chief Executive Officer of KCCA said.

Muhoozi said KCCA FC traveled to Kigali for the preliminary round of the CAF Confederation Cup game on Sunday with 15 players, but players reduced to 13 after two tasted Covid-19 positive where they were quarantined before the match.

“We have learned and the club will rework on the Covid-19 measures in place.  We have to upscale everything and prepare for the return leg scheduled in January and see the way forward,”Muhoozi said.

According to the CAF Organizing Committee, each match must be played if the team has at least 11 players including a goalkeeper plus four substitutes, KCCA explained on their official website.

The CAF rules say if a team does not have the minimum number of players, the team will be considered to have lost the match 2-0.

KCCA  traveled to Kigali on Sunday 20th without their key 12 players and their head coach Mike Mutebi  and his assistant coach Badru Kabuye after they tested positive for Covid-19.

After  today’s CAF decision, AS Kigali has a 2-0 advantage ahead of the return leg to be played on January 6 in Kampala, Uganda.