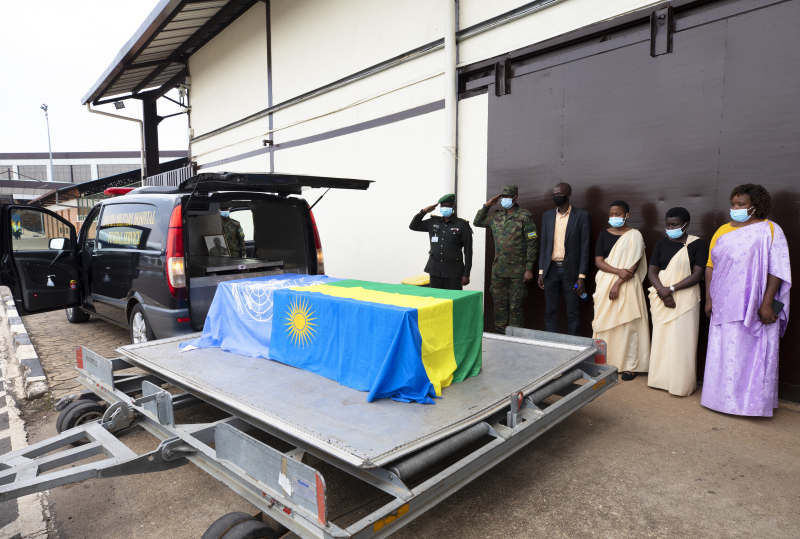 Sgt Nsabimana was killed on 13 January 2021 during an attack by elements of an armed group opposed to the peace process in CAR.

“The RDF reiterates its heartfelt condolences to the family and friends of the fallen soldier. Sgt Nsabimana will be laid to rest at Kanombe Military Cemetery,” RDF said in a statement.

Nsabimana was one of the two United Nations peacekeepers who were killed after their convoy was ambushed by members of the UPC and anti-Balaka armed groups in the southern part of the Central African country, bringing the overall toll of ‘blue helmet’ deaths to nine so far this month.

Secretary-General António Guterres has condemned the killing of peacekeepers in CAR, warning that the perpetrators are like to be charged with war crimes.

“He recalls that attacks against United Nations peacekeepers may constitute a war crime, and appeals to national authorities to investigate these incidents and bring the perpetrators to justice. The Secretary-General reiterates his grave concern over the escalation of violence in the Central African Republic. He calls on all parties to immediately cease hostilities and engage in dialogue to advance the political process, preserve fragile gains and fulfil the country’s aspiration for lasting peace.”

With nine deaths so far in UN peacekeeping missions in just the first 18 days of the year, “this demonstrates yet again the perilous environment in which peacekeepers carry out their mandates to protect people and support peace processes – tasks made harder by the global pandemic”, said the UN chief. 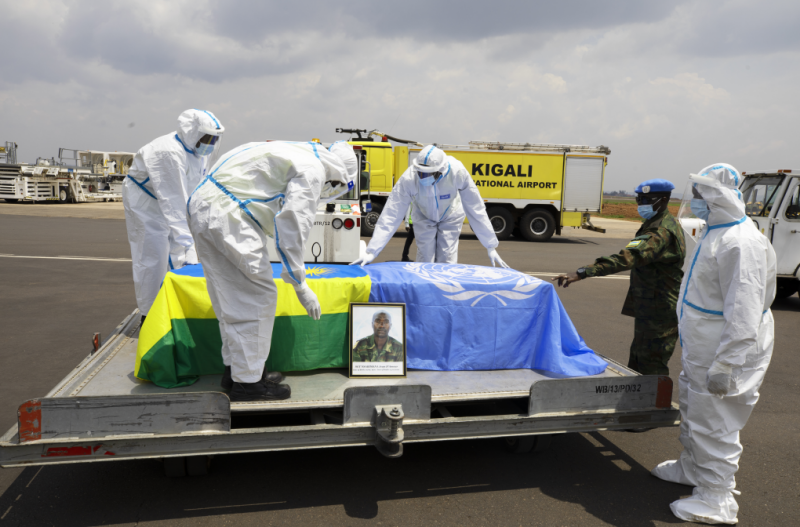 “While progress has been made in reducing casualties among United Nations peacekeepers, recent incidents show that the threats continue. Our collective efforts to ensure the safety of peacekeepers, including through the Action for Peacekeeping initiative (A4P), need to keep pace.”

Mr. Guterres saluted the “service, sacrifice and selflessness of the women and men who are serving, or have lost their lives while serving, under the banner of the United Nations in some of the world’s most dangerous places.

Mankeur Ndiaye, head of the UN Multidimensional Integrated Stabilization Mission in CAR (MINUSCA), was on Thursday expected to address the UN Security Council where he would brief the council about the crimes before the next course of action is decided.