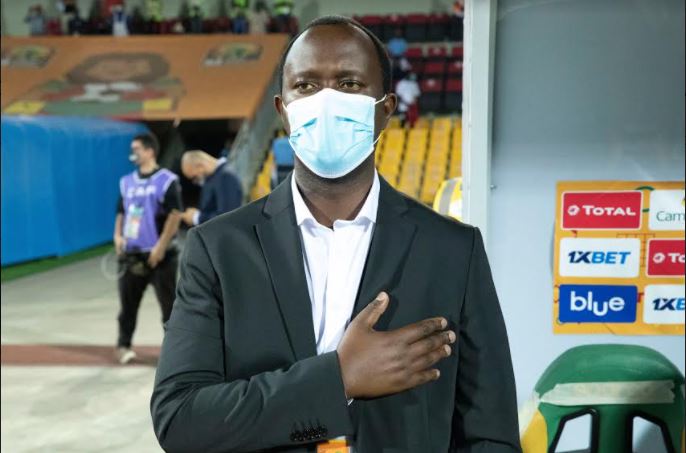 Amavubi head coach Vincent Mashami says his squad is prepared and motivated to deliver ahead of their African Nations Championship (CHAN) Group C’s game against reigning champions Morocco on Friday.

Rwanda faces Morocco tomorrow at 18:00 CAT at Stade de la Réunification in Douala, Cameroon, simply seeking a positive result against the 2018 champions, to keep their hopes of qualifying to quarterfinals alive.

Coach Mashami said they are ready to go, ‘’We know they are a very good team, playing against the reigning champions is always difficult but we have prepared ourselves for the challenge.

“We have a game plan entering into this game and we hope it’s a good one. People expect a good performance from us and we are ready to deliver, we will have to be more clinical in front of goal if we want to defy the quality of the opponent as giant as the one in front of us.’’

Rwanda settled to a goalless draw against East African rivals Uganda in their opening game while Morocco took control of Group C after a narrow victory against debutant Togo.

He said “We are going to play against the reigning champions and we are ready for the challenge. We need everyone’s support for us to be able to attack the game with our heads held high and give ourselves a chance to qualify for the quarter-finals.’’

Tomorrow marks the first time these two sides have met since 2016 when Morocco beat host Rwanda 4-1 in Group A of the same competition.

Mother of Singer Christopher Passes On