Kigali Today, A Major Milestone, A Spur To Greater Heights 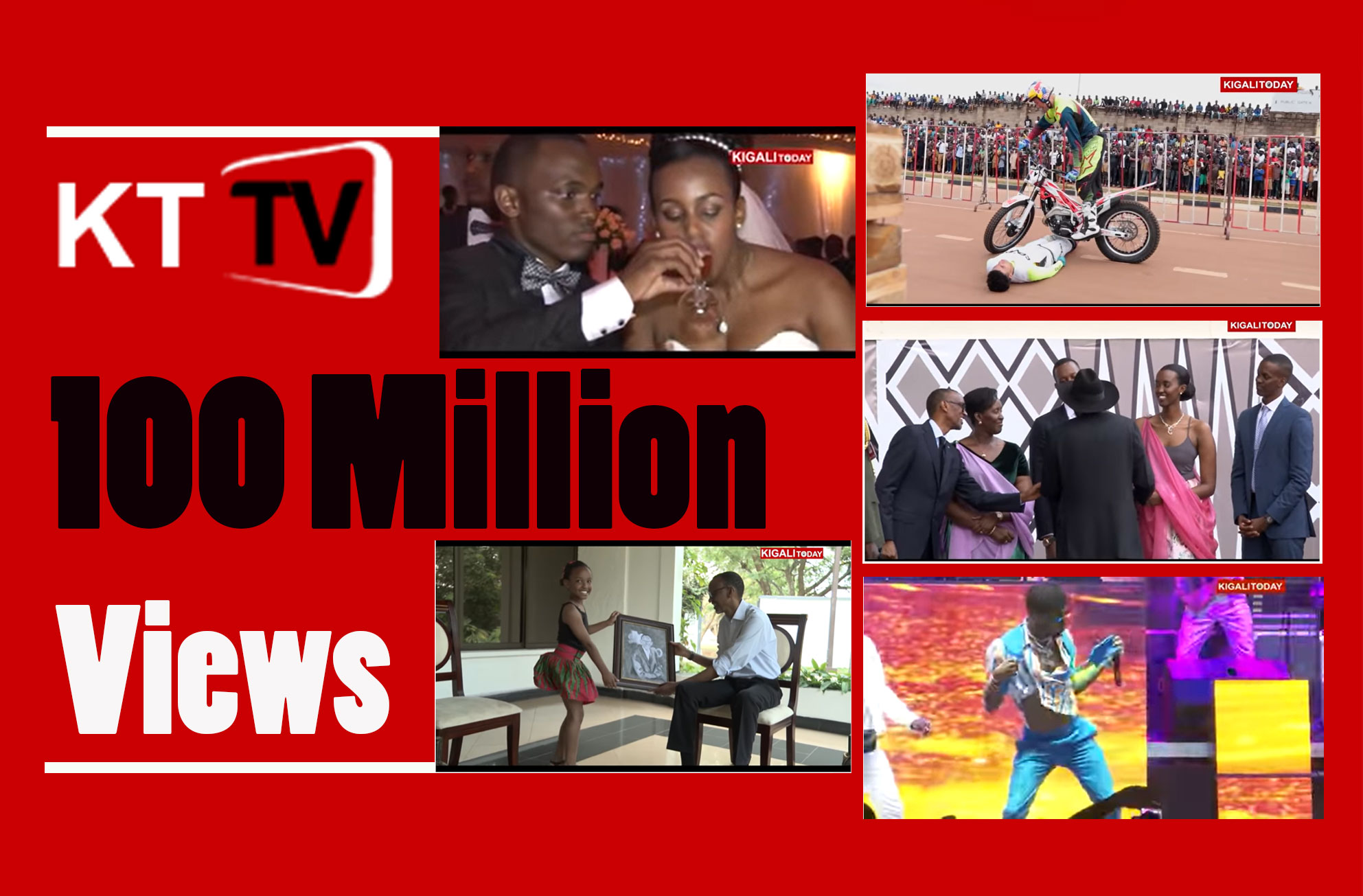 A hundred million bouquets to our audiences in Rwanda and around the world, thanks to you, as of three days ago, Kigali Today’s viewing figures reached the impressive milestone of 100 million and counting.

This level of viewer interest is of course nothing special to a number of sites, whose focus is pure entertainment.

But, while Kigali Today also values entertainment, it is primarily a news provider, and for a news channel, broadcasting mainly in Kinyarwanda, 100million viewers is something to be celebrated. To date we remain the only channel to have reached that pinnacle.

Some of our most popular filmed news items were watched by non Kinyarwanda speakers, from as far afield as India, Laos, and Thailand. Our story of motorcycle freestylers was a particular hit, and remains number two in the world, in the freestyle motor cross category.

It is testament to the diversity of our output, and indeed the diversity in our audience, that our more weighty subjects were just as popular as our lighter, more entertainment stories.

The majority of you cannot seem to get enough of President Kagame. Our news items on him are widely viewed, as are those by the PanAfricanist lawyer, and academic,  Professor Patrick Lumumba.

Independent news organisations are of course, businesses and we are no different. We would be most gratified, if, as in purely entertainment based channels, viewing figures necessarily meant greater monetary value. This is not necessarily true for news providers. Our motivation therefore is bringing you journalism, and nothing makes us happier than your vote of confidence, expressed in your continued interest in what we broadcast.

Although not the oldest YouTube channel in Rwanda, Kigali Today is among the first, but also the most consistent.

From the outset, adherence to journalistic ethics has informed everything that we do. Our commitment to you is to continue as we began, without resting on our laurels, but always seeking to improve on our output.

Even as we write, more films are coming on stream. We look forward to having more of you as subscribers.

And we very much welcome your comments, whether of approval or disapproval, like or dislike.

Let us know, and we promise that we shall always listen. Our entire reason for existence is to bring you news. The kind of mixture of news we have been bringing you, from entertainment, politics, society, you name it.

We appreciate you, telling us what you appreciate.