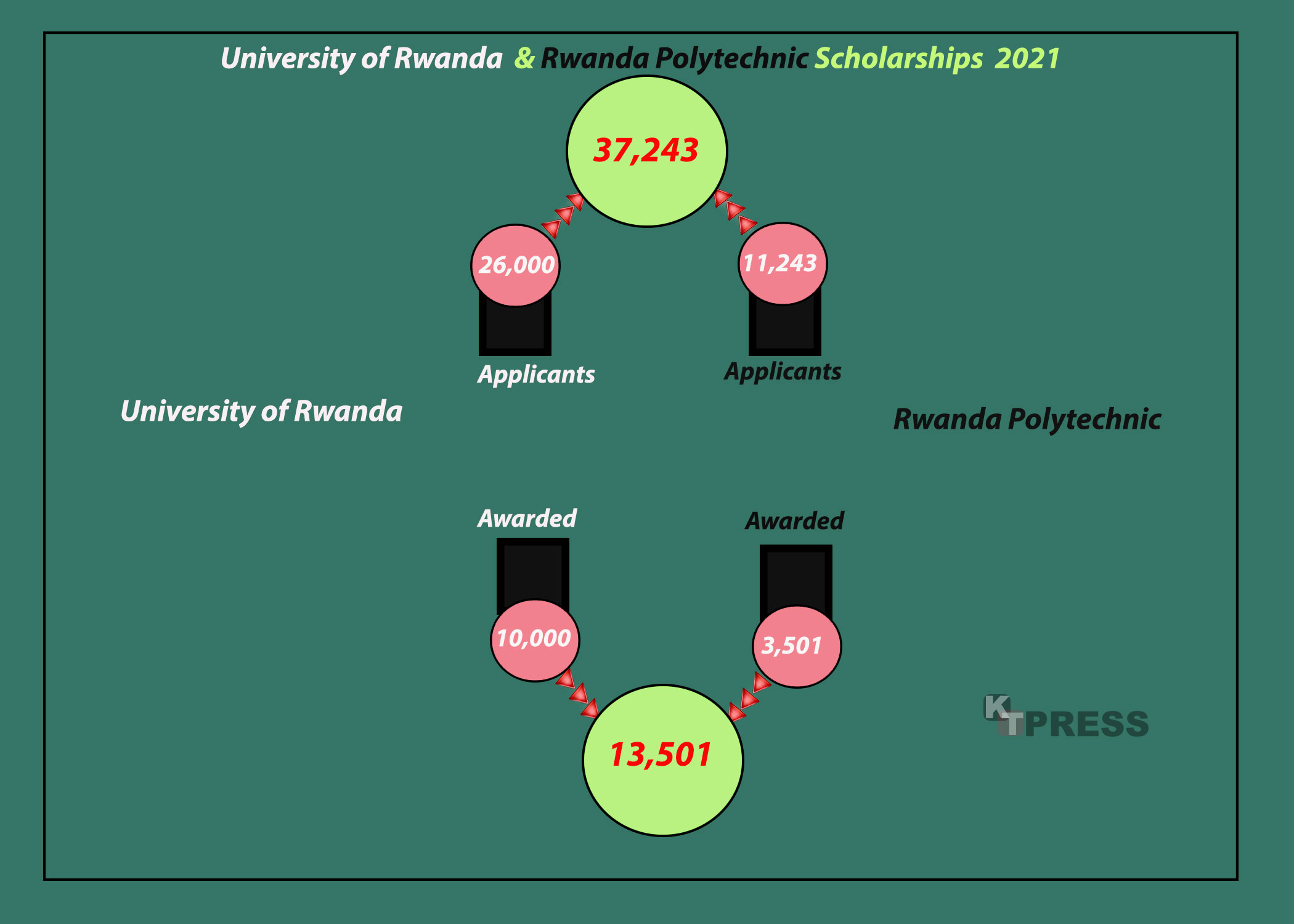 Public tertiary institutions have reported a tremendous increase in number of students applying for university scholarship compared to previous years.

While ongoing classes resumed in November 2020, students who wrote, passed the 2019 national exams for A level, and applied for government scholarship had yet to know their fate until last Sunday when the Ministry of Education shade light.

It was indicated that the University of Rwanda (UoR) received 26,000 applications which is twofold compared to previous years.

Dr. Emile Bienvenu the acting (Ag) UoR Deputy Vice-Chancellor in charge of Academic Affairs and Research, told the media that previously, the university would receive received between 11,000 and 13,000 applications and rarely 17,000 applications.

“We screened all the applications and found out that 19,000 had fulfilled all the requirements to qualify for government scholarships. Unfortunately, we were able to award 10,000 scholarships due to limited capacity,” Bienvenu said.

In Rwanda Polytechnic (RP), Engineer Rita Clemence Mutabazi, the Deputy Vice-Chancellor in charge of Training, Institutional Development and Research said that this year’s applications exceeded the usual numbers which normally range from 3,000 and 3,500 annually.

“We received an unprecedented number of 11,243 applications and going by our capacity we only approved 3,501 applications this year,” Mutabazi said.

In October 2020, government announced fresh criteria where social protection categories (Ubudehe) were no longer a basis to award scholarship. The Ubudehe categories used to limit many applicants. In the new policy, scholarship will just be awarded on merit, regardless of the categories.

“This change allowed students from previous intake to also apply and this increase the number to this extent,” Rose Mukankomeje, HEC Director General said.

“Some ongoing students also applied since they did not have any barrier to do so.”

The increase in number of applicants, continued Mukankomeje, suggests that the government has to increase infrastructure to meet demand.