Three arrested for Defrauding Traders Over Rwf 100M Worth of Goods 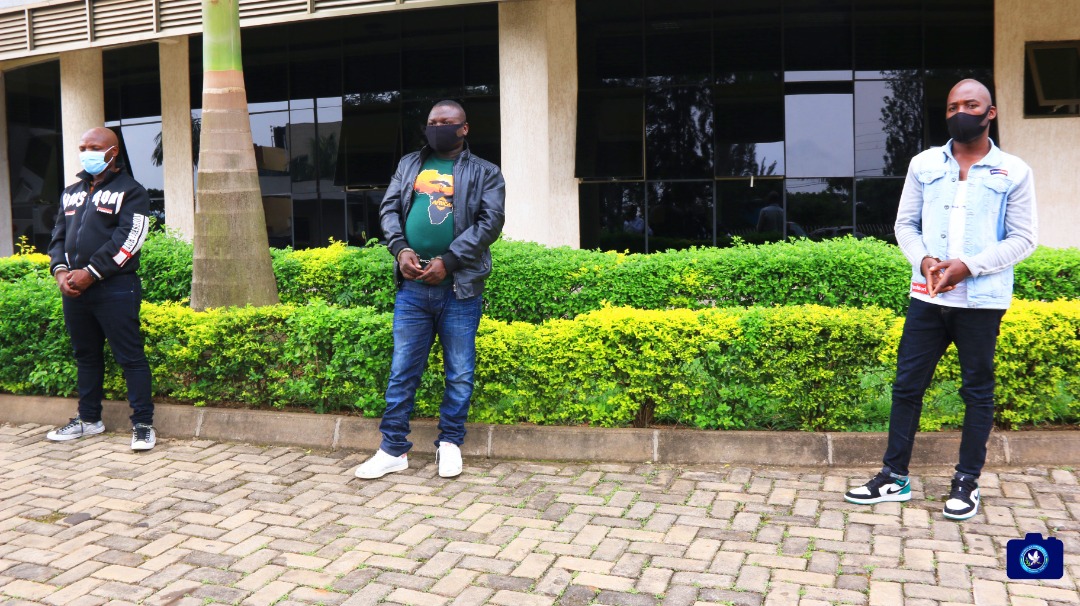 Rwanda National Police (RNP) has arrested three men suspected to be behind series of forgery and defrauding traders in Kigali assorted goods worth over Frw100 million.

The trio of Dieudonne Nziyomaze, 36, Jean Claude Ntezimana, 36, and Jean Damascene Nzahoranimana, 46.The trio was showed to the media on Thursday, February 11, at the Police metropolitan headquarters in Remera, Gasabo District.

“Several traders reported having experienced similar fraud by individuals, who were guising as clients and defrauding them using forged bankslips. Investigations led to the arrest of these three men, who were allegedly working together to run the criminal syndicate,” CP Kabera said.

Cyprien Munyabarame from the private sector in Nyarugenge, said this kind of fraud targeting their unwitting traders has been going on for a while.

“Since this kind of fraud using forged bankslips started, all affected traders lost goods worth over Frw100 million to these men. I urge traders to always be vigilant before they give out their goods especially when it involves a lot of money,” Munyabarame said.

One of the suspects, Ntezimana Jean Claude narrated that they would first survey their target, place orders for specific products, load them on the vehicle before paying.

“We would load goods very quickly and call one of us (Dieudonne Nziyomaze) whom we addressed as ‘boss’ to send proof of payment. As planned, the boss would ask for a bank account number where he would pay very little money before altering the banklip and put the exact value of goods. It is the same forged bankslip he would send through WhatsApp as proof of payment,” Ntezimana said.

He admitted that in the past two weeks alone, they defrauded different traders in Nyarugenge market of goods worth Frw4.3 million, using the same trick.

One of the affected traders, Richard Sebineza said that he was defrauded assorted goods worth Frw1,460,000.

“They took 40 sacks of rice, 100 boxes of energy drink and eight boxes of malt drinks. Along the way, they loaded the goods in another vehicle, the driver got suspicious and called me. When I check my bank account I found they had deposited only Frw1500. I called the Police immediately,” Sebineza said. 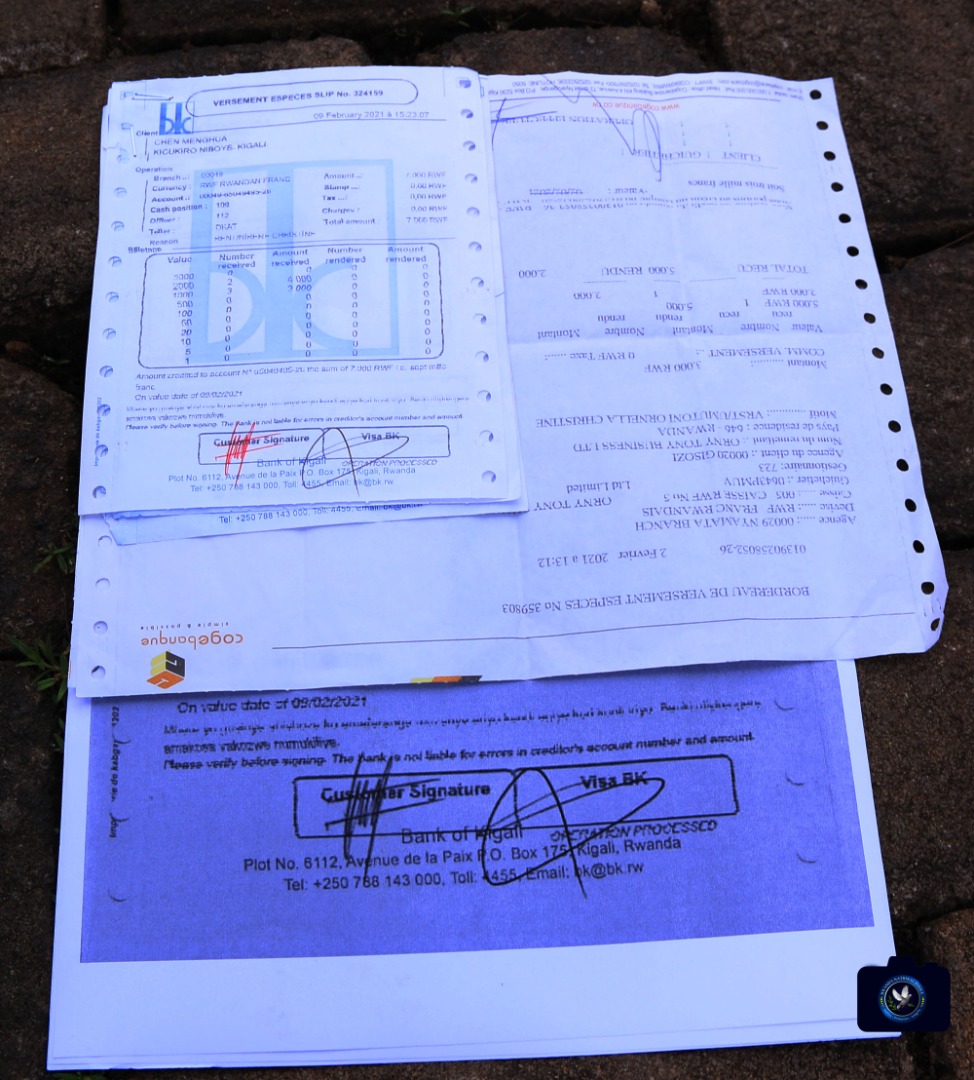 CP Kabera reminded the business community that although the government encourages cashless payments especially in this period as one way of preventing the spread of the COVID-19 pandemic, it requires vigilance and to consult their bank accounts before engaging in such transactions to prevent such criminal acts.

What the law says

Clause One of article 174 of the law determining offences and penalties in general in Rwanda, defines fraud as deception, obtaining another person’s property, whole or part of his/her finance by use of false names or qualifications, or offering positive promises or threats of future misfortunes.

Clause Two of the same article provides a term of imprisonment of between two and three years, and a fine of not less than Rwf3 million but not more than Rwf5 million, upon conviction.

In article 276, “any person who, in any manner, forges or alters documents by forged signature or fingerprint, falsifying documents or signatures or impersonation, forging agreements, its provisions, obligations, or discharged obligations commits an offence.

Any person, who, with fraudulent intention, produces a false written document, causes to write false statements or produces a conflicting declaration, is considered to commit the offence of forgery.

The penalty also applies to any person who knowingly makes use of a forged document in any way.