The Secretary General of The Commonwealth, Patricia Scotland and Rwanda’s Minister of Foreign Affairs and Cooperation, Dr. Vincent Biruta have affirmed Rwanda’s readiness to host the Commonwealth Heads of Government Meeting (CHOGM 2021), scheduled for June this year.

The two officials made the declaration on Friday while addressing a press conference at the end of a 3-day official visit by the Commonwealth SG and the CHOGM 2021 taskforce to assess Rwanda’s preparedness to host the meeting.

Minister Biruta said that Rwanda is committed to organise a safe and successful physical event in just about 100 days from now, thanking the Commonwealth SG for her support the secretariat has afforded Rwanda since the preparations began.

“The global Covid-19 crisis has deeply shown an urgent need for solidarity and importance of having a more concerted approach in addressing the current challenges and being ready for the future ones,”

“CHOGM 2021 will be an opportunity for the Commonwealth to reiterate its capacity to lead on issues of global concern such health, security, climate change gender equality and economic recovery with the clear focus on actions and impact,” Dr. Biruta said.

He said that the summit will also serve as a platform to build strategic partnerships and to speak with one voice as we look beyond June 20 21 and towards other upcoming important events, including the COP 26.

Minister Biruta said that the diversity of the Commonwealth makes it a unique organization and CHOGM 21 participants will have the chance to learn more about the country by traveling around to visit different places and connecting with people and their culture.

He said that it was unfortunate that Covid-19 led to the postponement of CHOGM for a year, adding however that even though the pandemic still remains around, the distribution of the vaccine globally, including in Rwanda last Friday gives a positive outlook for the coming months in line with covid-19 response.

Dr. Biruta said that even though the response has been swift and robust, the government will continue to monitor the situation closely and review prevention measures in accordance with the situation to ensure the safety of participants over the next four weeks.

He said Rwanda’s CHOGM team will visit all Commonwealth member countries to brief them on the details of the preparations and plans ahead of the June meeting.

Minister Biruta said that Rwanda is ready to welcome people from all corners of the world in June and hopes for a successful, incident free meeting. 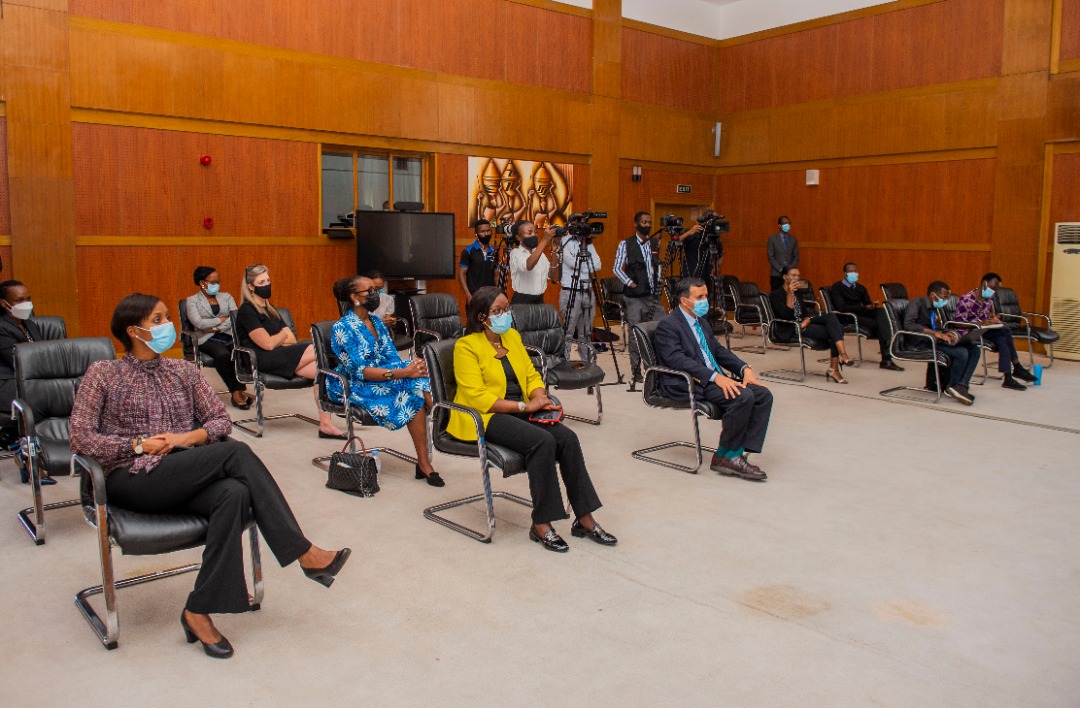 On her part, The Commonwealth Secretary General said they were impressed by the level of readiness Rwanda has already undertaken in preparation for CHOGM 2021.

“It is a rare privilege to be allowed to come back to this beautiful country of a thousand Hills. I think we have all gone through a very difficult period in the last year, a period of darkness, a period of concern, where our lives and our livelihoods have been adversely affected by the Coronavirus pandemic,”

“So, it is with fresh enthusiasm that we look forward to an opportunity when we can come together as a Commonwealth family of Nations, to consider how we can respond to the challenges that have been sent to us, not just by the pandemic or by the climate change but also the economic fallout that it has brought,” Scotland said.

Scotland said she was extremely pleased and proud to be able to look at the preparations that Rwanda has “so wonderfully made to welcome 54 leaders” in the ‘home’ that has been prepared for them.

She said the Commonwealth is a 2.4 billion people community which encompasses all regions, all races and all dynamics and this feeling of ‘Brotherhood and Sisterhood’ has never been more needed at a time when the world is in difficulty. 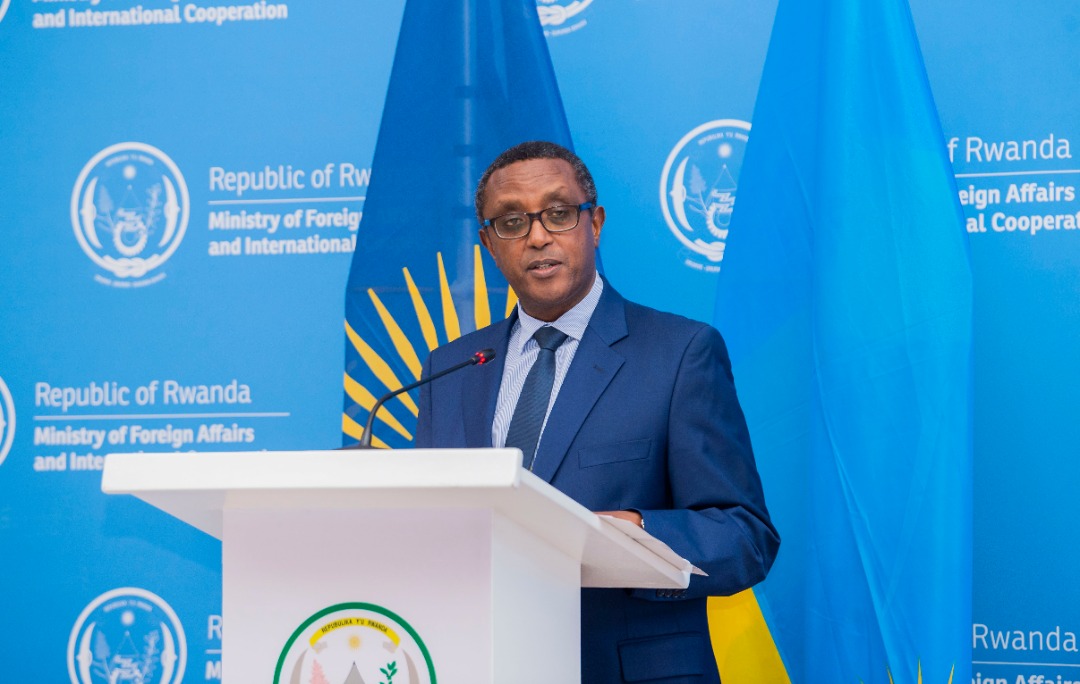 “It has been an extraordinary pleasure to not only to be able to discuss with our hosts here in Rwanda the preparations that have been made and to see for myself the extent, the depth of the careful consideration of preparation that has been made to enable us to come together with the grace of God, in June to celebrate our family,” she said.

She said CHOGM will be an opportunity to look at how they can innovate and transform as well as how countries can come together to craft the solutions that not just The Commonwealth will need but also the world needs.

Scotland thanked President Kagame for his leadership and contribution in the preparation of CHOGM, indicating that the world looks forward to being in Rwanda come June.

“I want to thank Rwanda or to thank particularly the President for his strong support of our Commonwealth Family and the determination to make sure that in June we have the best Commonwealth Heads of Government meeting.” She said.