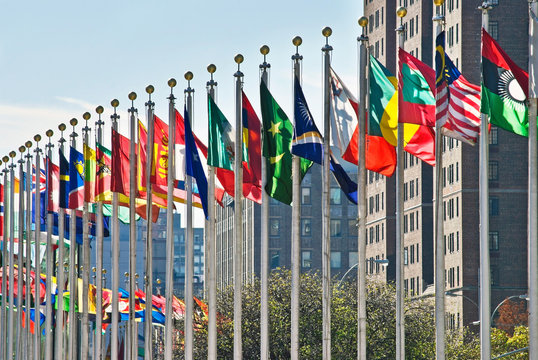 The United Nations (UN) has for the past 27 years been criticized for failing, due to the limitations of its rules of engagement, to prevent the 1994 genocide against Tutsi in Rwanda.

Part of this criticism is because the United Nations Assistance Mission for Rwanda (UNAMIR) forces established by United Nations Security Council Resolution 872 failed to deploy troops to stop an eminent genocide.

Ambassador Karel Kovanda, who was in Rwanda at the time has said besides failure to deploy troops, on site reports that were prepared for the then UN Secretary General Boutros Boutros-Ghali  to guide the council on this decision have gone missing till today.

“This bothers me till now that reports that were supposed to be prepared by the Special Representative of the Secretary-General (SRSG) Jacques Roger Boh-boh were either not done or have gone missing completely yet they would help us to understand the role of the UN,” said  Ambassador Kovanda.

Kovanda was speaking at a virtual colloquium on the UN and the 1994 Genocide against the Tutsi in Rwanda held this Wednesday April 28, 2021 as part of the Kwibuka27 commemoration series.

In 1993, Jacques Roger Boh-Boh was head of mission of a small force of UNAMIR military personnel (approximately 2,548) that was dispatched to Rwanda.

His role, like any of the SRSG at any UN integrated mission was to facilitate the process that generates strategic direction and operational coherence in the system, not to control it, which is normally done by directing reporting to the sitting Secretary-General (SG).

Kovanda revealed that he was not happy with the fact that during the genocide, Boh-Boh never showed his face anywhere for other diplomats to question him about the report but noted that he has personally discussed this concern with Rwanda’s Minister of Foreign Affairs Dr. Vincent Biruta- to find out if actually Boutros Boutros-Ghali (RIP) ever got those reports.

Kovanda told the UN colloquium that persons like General Roméo Antonius Dallaire, the former commander of the UN forces in Rwanda during the genocide, should enlighten the gathering on his knowledge of the Boh-Boh reports.

Gen. Dalliare said he has testified a number of times about the role of the UN in the 1994 genocide against Tutsi but to significantly justify this inquiry the General said that he personally filed field reports to the UNSG though his military advisor- whom Dallaire wasn’t in touch with until the end their mandate.

Dallaire turned his guns once again against the UN forces he served saying that his reports simple asked for more forces so as to intervene in stopping the genocide but in vain.

“Everyone should be held accountable…How is it possible the UN could gather 60,000 troops in Yugoslavia but fail to give me 5,000 and instead offered me few troops of protecting a handful of civilians,” Dallaire deplored.

Linda Melvern, a British investigative journalist who was in Rwanda at the time, confirmed these statements saying that she interviewed the officials including Dallaire and Kovanda and they told her how they had pleaded for reinforcement – but UN politicians failed to acknowledge there was genocide in Rwanda.

“I traced the UN archives in a pile located in New Jersey looking for Jacques Boh-Boh archives but they were missing, yet they had valuable information about what happened. It is true not all has been researched but for a policy that was not accountable to each country at the UN, I think, it was obviously wrong,” Melvern said.

Gen. Henry Kwami Anyidoho, a Ghanaian military officer who served UNAMIR said that the truth must be spoken to clear the past and set the record straight on the role of the UN in Rwanda.

“I will speak as someone who was on field and as African- the truth is the people (countries) in power in 1994 are the same today at United Nations Security Council (UNSC) – we felt abandoned and that is the same case up to date as you see in Somalia Central Africa Republic (CAR) – no peace,” Anyidoho said.

He noted that genocide cannot be prevented if country that are strategic at stoping it remain stuck to areas of interest and if bodies like African Union (AU) cannot take a stand.

“It is not fair to say Never Again after the worst (genocide) has happened. We need early warning systems of genocide at AU and also call a spade a spade” Anyidoho said.

“We will ask the SG to follow up on the reports and put them out – and I will keep you posted on these concerns; but also we need to do early warning especially on the response and create strong foundation for preventing genocide through curriculum and reconciliation tools.