The pretrial hearing of Béatrice Munyenyezi was on Wednesday adjourned to May 5 after she told Kicukiro Primary Court that she needed more time to acquaint herself with her file, along with her lawyers.

Munyenyezi, 51, who was deported to Rwanda by the United States on April 16, appeared in court to hear the charges that await her but the hearing could not commence after her lawyer Gatera Gashabana told court that they needed more time to discuss with their client and to familiarize themselves with the charges.

Munyenyezi is represented by Gashabana and Pierre Célestin Buhuru, who was not in court on Wednesday.

Gashabana said that they needed more time to review her files from the US and to discuss with her as well as her former lawyers in the U.S, requesting court to ensure that they have access to their client.

Gashabana said that they have only been able to meet their client for not more than 20 minutes and requested court to grant the lawyers more access.

Apart from not being able to read her file, Munyenyezi told court that she needed to speak to her family.

Prosecution however said it had put all the documents and indictments regarding Munyenyezi in the system on April 26, which would have given both the defendant and lawyers enough time to review and prepare. 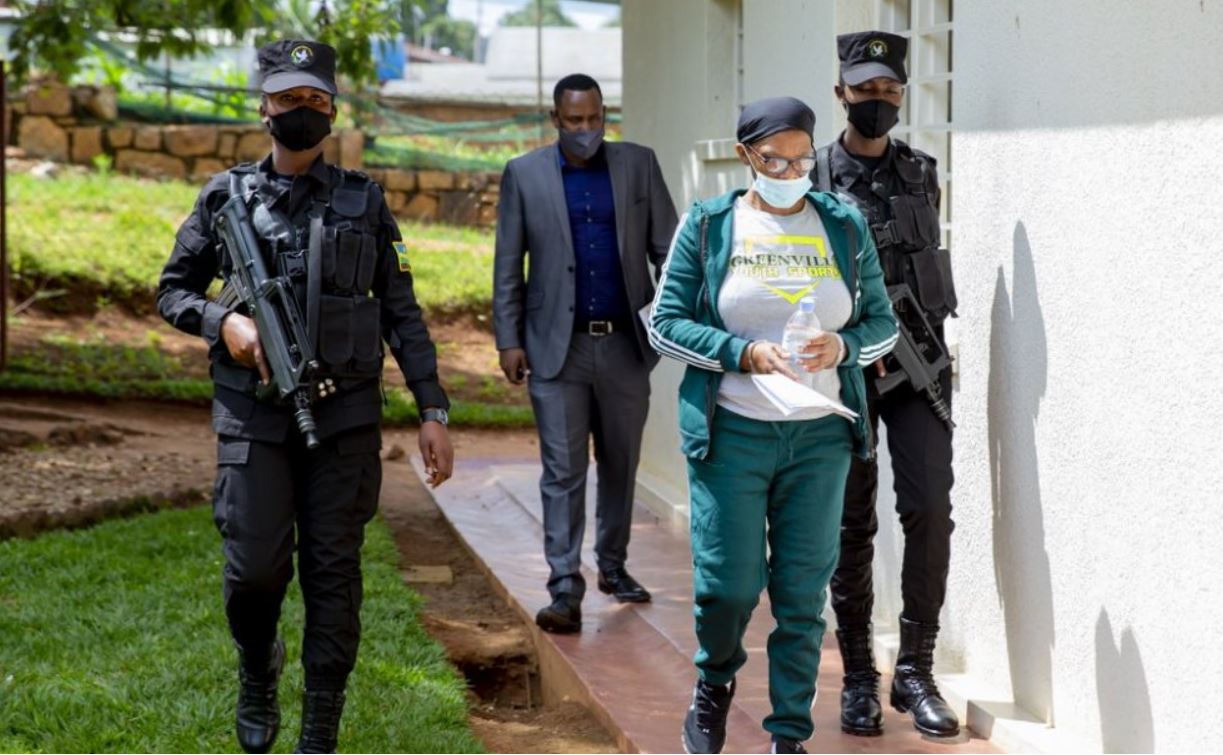 They however said that it was within the lawful rights of the defendant to seek more time to prepare herself and therefore did not object. Court adjourned the hearing and set May 5 as the new date for Munyenyezi to appear.

Munyenyezi was sentenced to 10 years in jail in 2013 for lying about her background and hiding her family’s role in the genocide in the former Butare Prefecture, now Huye District. She was deported after completing the sentence.

She was convicted for giving false statements to officials in order to cover up how she selected Tutsis to be raped and murdered, ordering that she be deported when she completes her 10-year sentence.

Munyenyezi had settled in Manchester, New Hampshire, with three young daughters in 1998 after claiming to have been persecuted in Rwanda.

She was a daughter-in-law of Pauline Nyiramasuhuko, who served as the minister of family and women’s affairs in the then government which planned and executed the Genocide. She was married to Arsene Shalom Ntahobali, who was a leader of the Interahamwe militia at the forefront of the murders.

Nyiramasuhuko, was the first woman convicted by the ICTR where she received a life sentence after being convicted of seven charges including genocide, crimes against humanity and incitement to rape. Her trial heard how she told militiamen “before you kill the women, you need to rape them”.

She is said to have ordered petrol poured over a group of women who were then burned to death after being raped. Munyenyezi’s husband, Ntahobali, also received a life sentence.

Munyenyezi’s appeal against this ruling was rejected by an appeals court in 2017 and was deported after she served time.