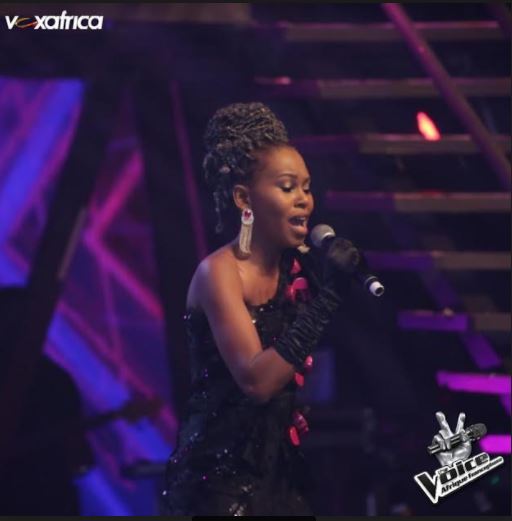 Vocalist Alyn Sano real name Aline Sano Shengero has revealed that she is stronger than ever musically and she won’t back down despite failing to make it to The Voice Afrique competition finals.

The Pain Killer star confessed through her twitter that she had refused to watch her last performance in the competition thinking she did badly but after seeing how Rwandans praised her, she changed her mind.

“I just watched my last performance on Voice Afrique. I had refused to watch it because I thought I did not do good enough. God has a better plan for me. I can’t wait to share the good news with the world,” Alyn Sano wrote on Twitter.

Alyn Sano picked fallen music icon Whitney Houston’s mega hit dubbed ‘My Love is Your Love’ and she nailed it vocally given her vocal abilities but judges preferred Togo’s Foganne for finals.

The singer also praised her diehard fans and Rwandans who managed to vote and support her ever since she embarked on doing music as a career and promised to drop more songs than ever.

The Voice Afrique francophone is the French-speaking African version of the reality singing competition The Voice.`

Alyn Sano was the only Rwandan in the competition and the first to secure such a position close to the winning line.

The reality singing show commenced in Africa back in 2016 and this year’s third edition winner will walk away with cash and a debut song with a video produced by Universal music group Africa.

Alyn Sano started her music career in church choir but came onto music scene when she was invited by her idol and tusker project fame winner Hope Irakoze on stage to sing with him.

It was then 2015 when she was dropped from church choir and decided to pursue her solo career in secular music and she is steadily taking over music scene with her strong vocals.

She boasts of songs like Pain Killer, Rwiyoborere,Naremewe wowe, We The Best, For Us and many more featuring established musicians.