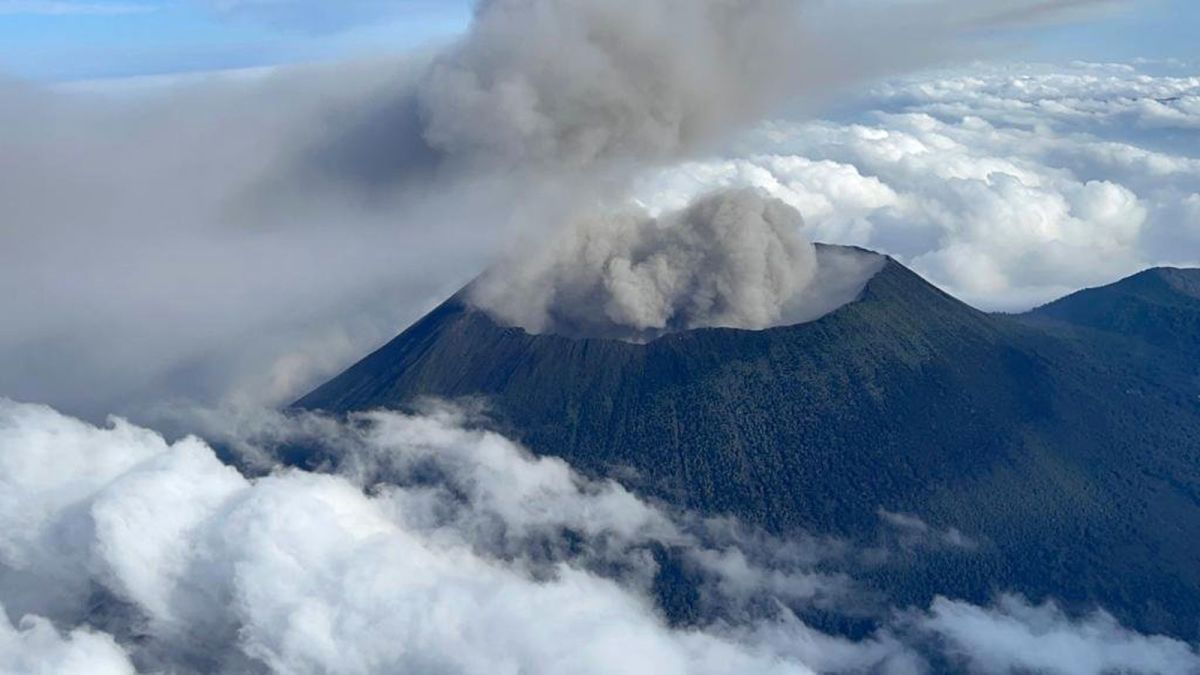 Rwanda says the risk of Methane gas in Lake Kivu being triggered into an explosion by the recent volcanic eruption of Mt. Nyiragongo and the seismic activity that followed is highly improbable despite reports of a 4.6 magnitude tremor being reported in the water body.

Rwanda Environment Management Authority (REMA) on Monday said the its Lake Kivu monitoring team based in Rubavu District came up with a conclusion that there is no imminent risk of gas outburst expected in the lake following Nyiragongo volcanic eruption on 22nd May 2021.

Such an explosion, which would be similar to what happened with Lake Nyos in Cameroon in 1986, would wipe out thousands of people in nearby towns of Rwanda and Democratic Republic of Rwanda but REMA says that is unlikely to happen.

“The team is confident with the results after different measurements and evaluation carried out on the Lake to assess the probable impact of the eruption on Lake Kivu. The lake continues to be stable as it has always been,”

“Parameters revealed that the environment remained favourable for aquatic life after Nyiragongo eruption” as indicated in the report from REMA’s Lake Kivu monitoring team.

According to REMA, the team has carried out Physico-chemical measurement of water including temperature, conductivity, oxygen, chlorophyll, and pH and the results showed that the Lake is still stable, and no change was encountered during the measurement period from May 22 to 27.

However, it did confirm that the seismic activities and earthquake epicentres have caused the activation of an existing fault that goes all the way to the shore of the Lake.

On Monday, Rwanda Seismic Monitor reported that an earthquake which measured 4.6 on the Richter scale occurred in Lake Kivu at 15:43. The epicentre was at 5.5Km from the lake shore, meaning that it happened inside the lake. 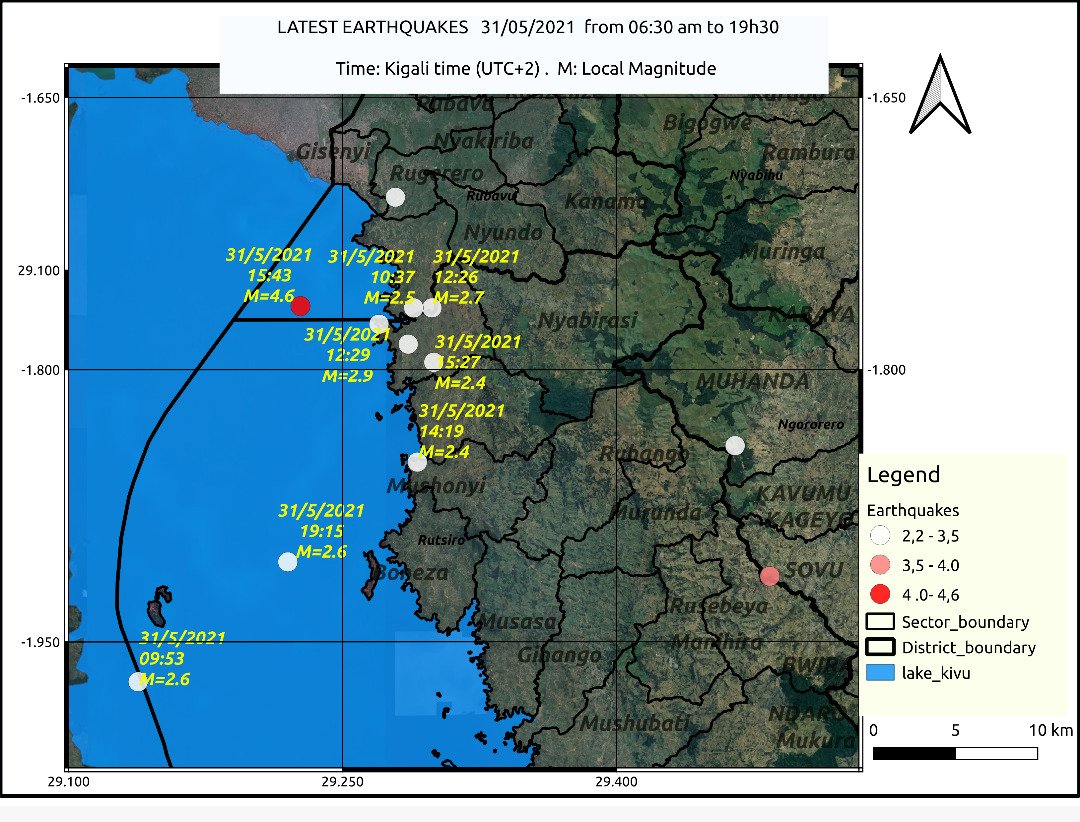 A photo produced by Rwanda Seismic Monitor on Monday showing the location of the earthquake in L. Kivu (see red spot offshore).

Meanwhile the DRC government said on Monday that Scientific data from the Volcanological Observatory of Goma on Monday, May 31, 2021 showed that earthquakes continue to go off in the area although they are not felt by the population.

“In fact, we recommend that the population remains vigilant, keeps informed and strictly observes the measures adopted by the provincial authorities. We are still in the red phase,” a notice signed by Major Ndjike Kaiko Guillaume, the Spokesperson, reads.

REMA’s Lake Kivu monitoring team also said the air quality in the area was found to be stable. REMA said it will continue to work closely with Rwanda Mines, Petroleum and Gas Board (RMB) and international scientists to monitor if there would be any valuable risk that may arise from the seismic activity on the Lake ecosystem.

“In the meantime, the general public and communities around Lake Kivu are recommended to follow and consider timely and effective official information on the situation,” the authority warned.

Lake Kivu is one of the East African great lakes, located at the border between Rwanda and DRC. The oxic surface waters, called “biozone” by the geochemists or “mixolimnion” by the limnologists, are separated from the anoxic deep waters by a chemocline.

The deep waters of the lake contain high amounts of dissolved methane (~55-60 km3) and carbon dioxide (~300 km3), with a reported high risk for local populations in case of release.

However, the dissolved methane is a valuable natural resource that is extracted and exploited as a renewable energy for electricity production in Rwanda.