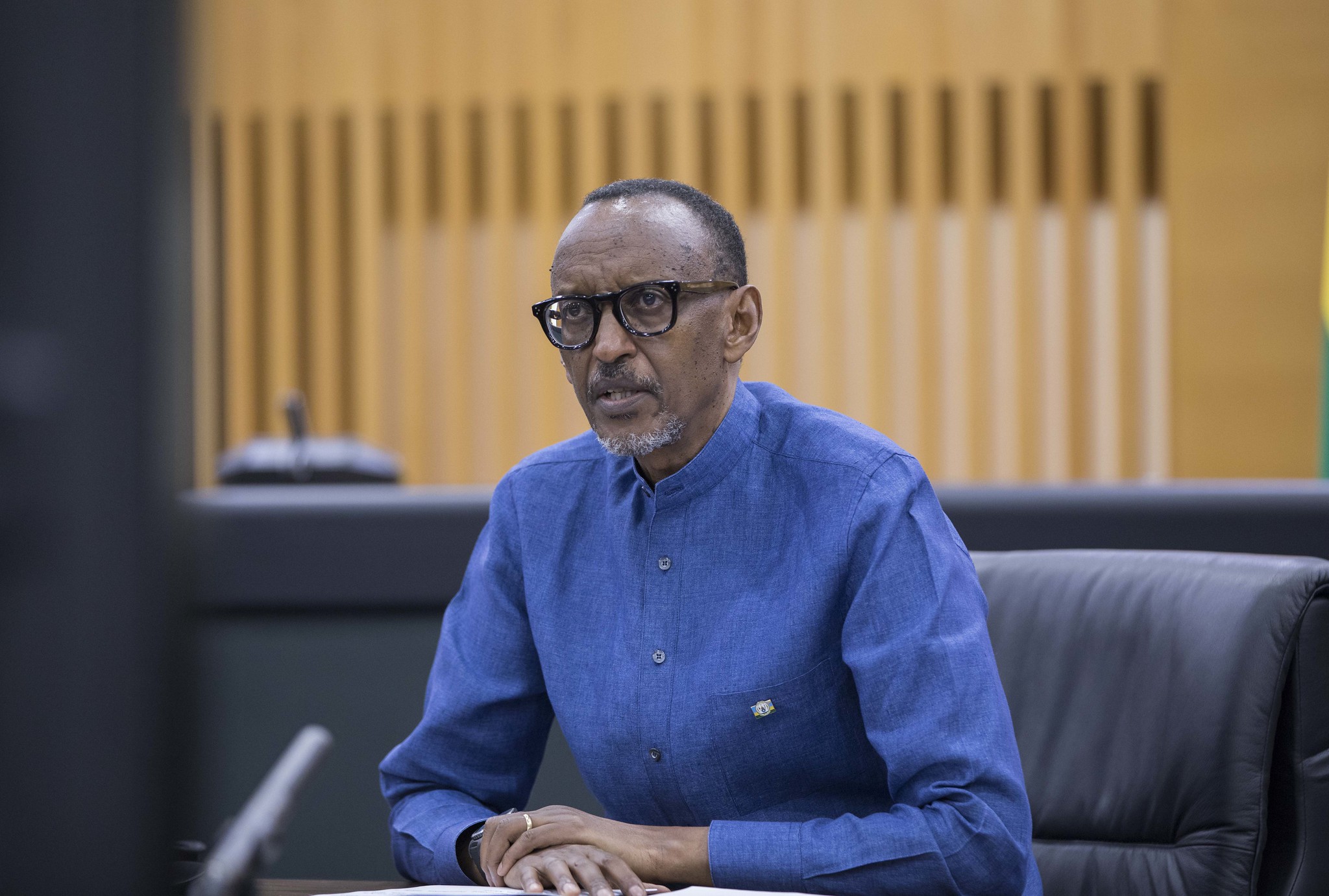 President Paul Kagame says the COVID-19 pandemic has taught Africa valuable lessons and revealed shortcomings in the healthcare systems, which must be addressed if the continent is to deal with future pandemics.

The Head of State, who was speaking at the high-Level Meeting on HIV/AIDS, said that though many countries, including Rwanda, have achieved nearly all goals in reducing HIV/AIDS prevalence rates by 90-90-90, it is not yet time to celebrate even as countries commit to end the disease by 2030.

“There is still 95 to be achieved, and then 100. That is the reason why new Political Declaration is needed, to end the HIV pandemic by 2030,”

“HIV/AIDS and Covid-19 are both pandemics. One is 40 years old, while the other has been with us for only a year-and-a-half. But there are common lessons and shortcomings to address,” President Kagame said.

Among them, he said the quality and speed of response is still mostly determined by wealth and poverty.

“Waiting to respond to HIV in Africa was a mistake, because the virus was spreading, even though it was treatable. Some even believed that Africans would not be able to take their medicine on time. A decade was lost, and many lives as well,”

“The turning point in the fight against HIV in Africa was the consensus to invest heavily in national health systems, through key programs such as PEPFAR, the Global Fund, and others,” he added.

He pointed out that the health systems that Africa has depended on to fight the Covid pandemic, were largely built with HIV funding.

President Kagame cited an example of Rwanda’s National Reference Laboratory which performed thousands of Covid tests per day during the pandemic but it was originally built as an HIV laboratory.

“Even with the framework of combatting a specific pandemic, we can work together as partners to disburse funds in a flexible manner, with the goal of continuing to strengthen health systems,”

“After all, a maternity wing that treats HIV-positive mothers, may also save the life of a mother with malaria. That is a good thing,” he observed.

He said that it is high time the world seized the moment to increase scientific research collaboration with Africa, and to invest in drug and vaccine manufacturing capacity on the continent.

The high-level meeting undertook a comprehensive review of the progress on the commitments made in the 2016 Political Declaration towards ending the AIDS epidemic by 2030,

It also assessed how the response, in its social, economic and political dimensions, continues to contribute to progress on the 2030 Agenda for Sustainable Development and the global health goal.

The high-level meeting which ends on June 10 will provide recommendations to guide and monitor the HIV/AIDS response beyond 2021, including new concrete commitments to accelerate action to end the AIDS epidemic by 2030.

The meeting is also calling for renewed commitment and engagement of leaders, countries, communities and partners to accelerate and implement a comprehensive universal and integrated response to HIV/AIDS.

“Lives are Going to Be Saved” -Kagame on Mastercard, Africa CDC Partnership