Barely two decades ago,  Nyagatare district in Eastern Province and home to Rwanda’s livestock was not attractive to dwellers. Plots of land were idle in the town located a couple of kilometers to Kagitumba, the border with Uganda.

“Since there was no infrastructure like roads and electricity to connect our agro-pastoral communities in their respective villages, most people didn’t see the reason for staying in the town center,” said David Mushabe the District Mayor..

All this changed in 2017 when Nyagatare, a secondary city received funding under the Rwanda Urban Development Project (RUDP).

RUDP is a joint World bank-Government infrastructure support project to build asphalt roads connecting the town and communities around the villages for businesses.

Nyagatare received Rwf 12.2 billion to construct a road network of nearly 20 kilometers in two phases (3.9km and 14.2km respectively). The first phase has been completed while the second phase is at 98%, according to the district infrastructure coordinator.

The funds have been used to construct roads connecting homes, shops, health facilities and universities in Nyagatare.

This has motivated many residents and the business community to build residential and commercial buildings.

For instance, Geremain Habakurinda, a renowned businessman in Nyagatare who runs a multimillion hardware shop and lodging facilities next to Nyagatare Hospital has now completed three buildings, including one of Rwf 200 Million.

“I started with a small commercial house worth Rwf30 million but when I started seeing the roads constructed and paved, I decided to construct two more buildings to provide better commercial services,”Habakurinda told local press who are on a media tour to understand the RUDP project impact.

While in other places road construction comes with evacuating existing communities, in Nyagatare, the RUDP project has implemented a new component of retaining the usual communities, business and human activity.

RUDP focal person in the Ministry of Infrastructure, Jean Claude Bizimana, says that the new component ensures upgrading of infrastructure so that community settlements remain intact to enjoy the new infrastructure.

“This is a key aspect of the project. To ensure that common citizens own development dividends,” Bizimana said.

While students, pedestrians, and motorists are enjoying the new paved roads, the district’s general road cleanliness program which was initiated with the arrival of new roads, has given job opportunities to local citizens. 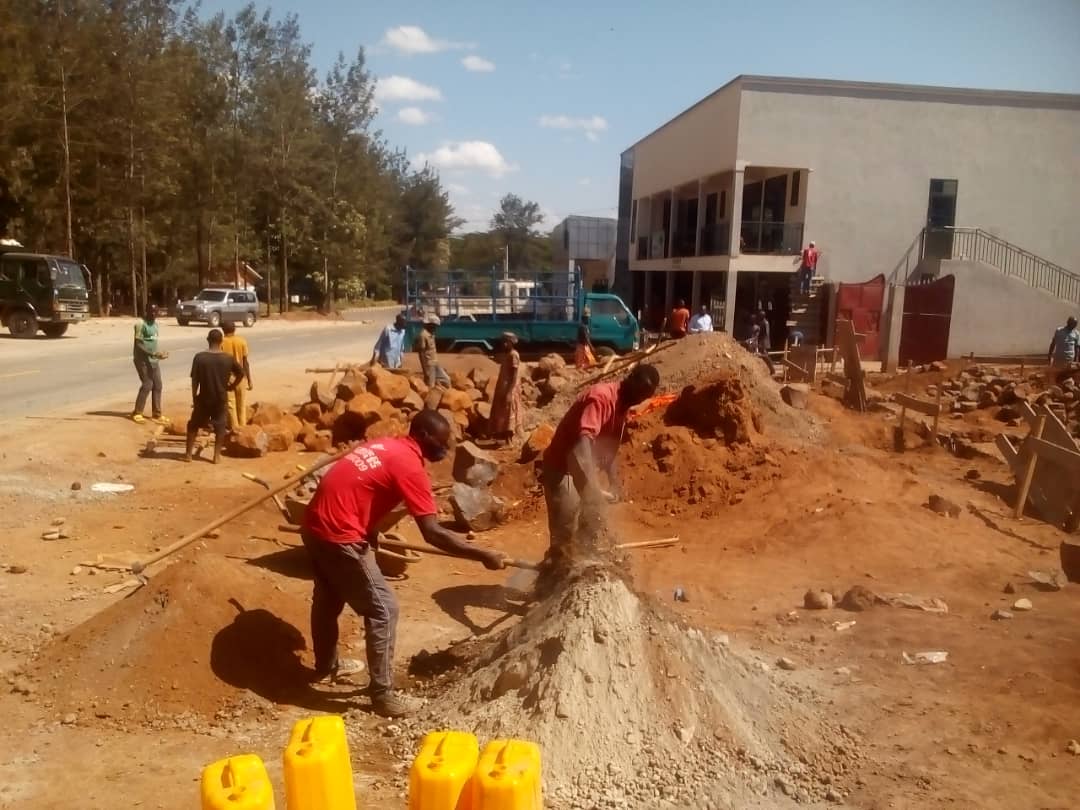 For instance, Claire Mukansanga, a mother of four, is a road cleaner who earns Rwf25, 000 per month says the roads have given her an income but asked for an increased salary, of which the district officials said will be considered.

In the meantime, phase 1&2 roads will soon be handed over to the district as the RUDP project execution timeline ends this June 2021 in order to enter the 6.7Km third and fourth phase starting July 2021-2025.

The World Bank and government injected Rwf 100 billion in the city of Kigali; the 1st and 2nd RUDP phases in secondary cities and plans to increase to Rwf160 billion in the 3rd and 4th project phases.

Mayor Mushabe says in the next phase they will increase the number of business and personal security which will increase district tax revenues from Rwf1.9billion to Rwf3billion.