Businessman and football enthusiast Olivier Mugabo Nizeyimana has been

elected the new President of the Rwanda Football Association (FERWAFA) in a landslide election that took place on Sunday at Lemigo Hotel.

“MUGABO N. Olivier has just been elected the new FERWAFA President with absolute majority votes of 52 out of 59 Congratulations and Welcome on board
@CafuOli #FerwafaElections.” the federation tweeted.

Mugabo, who owns Volcano Rwanda Ltd, a popular local transport company, and Hyundai Rwanda, is a renowned football fanatic and a former President of Mukura VS, a local football club based in Huye district. He was elected to a four year term as a sole candidate after the other candidate Louis Rurangirwa, pulled out, citing irregularities.

FERWAFA members gathered at the Lemigo Hotel for an extraordinary General Assembly meeting to elect a new Executive Committee following the resignation of Brig. Gen Jean Damascene Sekamana in April.

Members were given a chance to vote yes or no, and candidate Nizeyimana Mugabo Olivier was elected to head the football government body, garnering 52 votes, with one person voting No, while 3 votes were invalid.

His election has fired up football lovers who believe that he will make a huge different at the federation which many blame for the mediocre performance of the national team Amavubi Stars and the generally lack of football development to desired levels.

“Congratulations to Mugabo Olivier. We believe a lot is going to change in Rwandan football,” tweeted Nicolas Rukunda while Eric Hategekimana said that Mugabo is what was missing for Rwandan football to progress.

The ardent Barcelona and Mukura VS fan is known for pursuing excellence in whatever he does. Other new entrants on the committee include the Mayor of Gatsibo, Richard Gasana, who is equally an ardent football fan and effective administrator , among other forward looking members.

He also has the backing of leading football opinion leaders and the former head of the body, Vincent ‘de Gaulle’ Nzamwita, who tweeted in support of the prominent businessman.

Below is the new Executive Committee led by Nizeyimana Mugabo Olivier 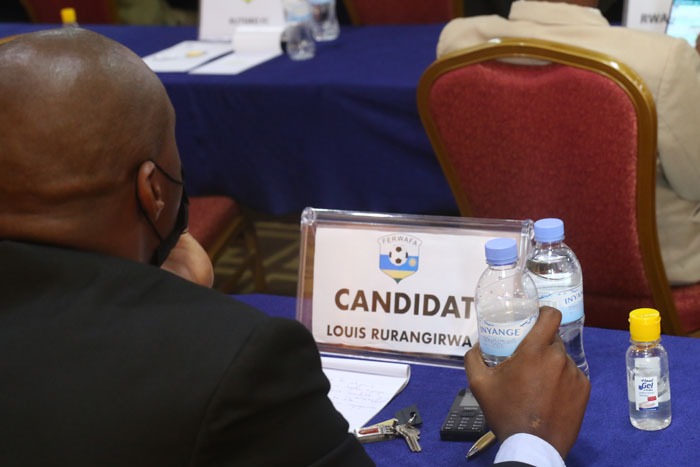