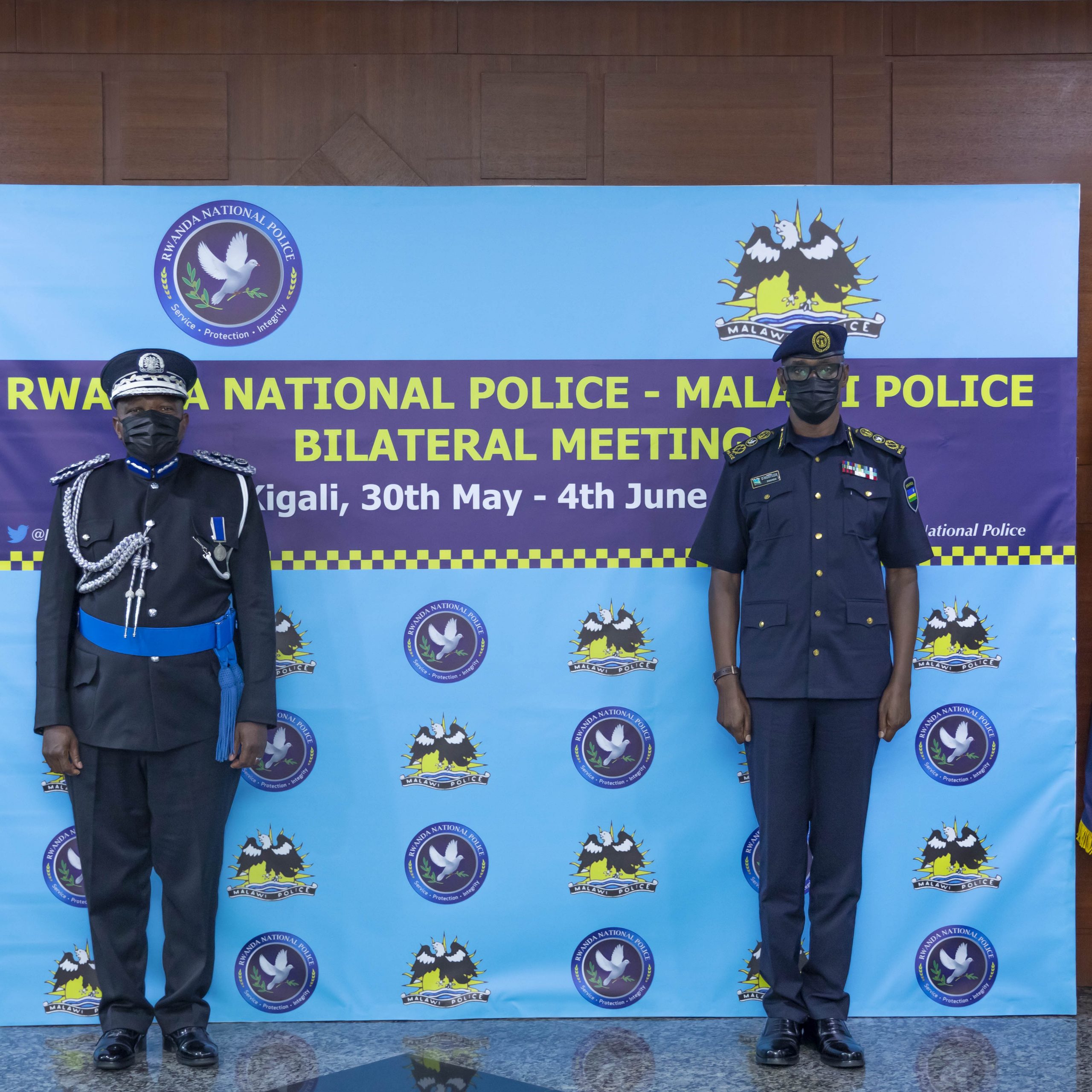 In a joint communique released by the two Police institutions on Thursday, June 3, in Kigali, which climaxed the five-day bilateral visit of the Inspector General of Police (IGP) for Malawi, Dr. George Hadrien Kainja; RNP and MPS agreed to develop joint strategies to fight Islamist terrorist groups.

They also agreed to establish a permanent forum at operational level, to frequently meet and discuss the evolving threats and security challenges affecting the two countries and the region; exchange information on crime and criminals including genocide perpetrators and fugitives; and to strengthen partnership in capacity building, training, and development.

During his five-day bilateral visit to Rwanda, Dr. Kainja and his delegation visited various Rwanda National Police facilities including the Police schools.

While speaking during the bilateral meeting on Monday, the host, IGP Dan Munyuza observed that cooperation is a cornerstone in addressing contemporary security challenges such as terrorism, cybercrimes, drug trafficking, human trafficking, and financial crimes among others.

“These crimes continue to threaten safety and security of our peoples. With such an interaction, we can together lay strategies and establish operational frameworks to deal with these threats with much emphasis on Islamic State-linked terrorism in our respective regions,” IGP Munyuza during the bilateral meeting.

He added that terrorist networks have spread in the region and terror cells have been established in some parts of Africa, which calls for fast response and working more closely together to confront terrorism cells in countries and regions.

On his part, IGP Kainja said that when countries are confronted by unique challenges, it calls for specific partners.

“There is no doubt that some Rwanda citizens living in Malawi may be persons of interest to the Rwandan National Police and as such the two Police institutions need to cooperate on information and intelligence sharing. This will help to avoid making Malawi a haven for criminal elements affecting Rwanda,” IGP Kainja said.

Meanwhile, the two Police Chiefs, during the signing of the communique, reaffirmed to implement the cooperation pact that binds the two parties and to move from “words to actions.”

IGP Kainja thanked IGP Munyuza and Rwandans for the warm hospitality and added that Malawi will be sending its Police officers to attend various policing training programmes in Rwanda.

He invited his Rwandan counterpart to visit Malawi as the two institutions continue to strategize cross-border cooperation measures to fight against transnational organized crimes.