Rwanda on Saturday recorded the highest number of COVID-19 cases after mass testing in the City of Kigali kicked off to determine the actual picture of the situation returned many positive results.

The good news however is that the positivity rate declined from 11 percent upwards in recent days to 3.9 percent.

A total of 1,997 people tested positive countrywide, out of 50, 880 tests conducted on Saturday. Out of the positive tests, 1,391 were in the City of Kigali while Musanze and Kamonyi districts followed with a distant 61 and 55 new cases, respectively.

The new numbers came in on the day the City of Kigali and 8 districts around the country entered a 10-day lockdown imposed to minimize the spread of the COVID-19 virus which has mutated into new deadly variants.

Following the mass testing in the City of Kigali which continues on Sunday, the Minister of State in charge of Primary Health Care, Lt Col Dr Tharcisse Mpunga said that the purpose of the program is to determine which cells and sectors in the city have the highest number of cases going by the samples, to give the government a clear picture of the situation. 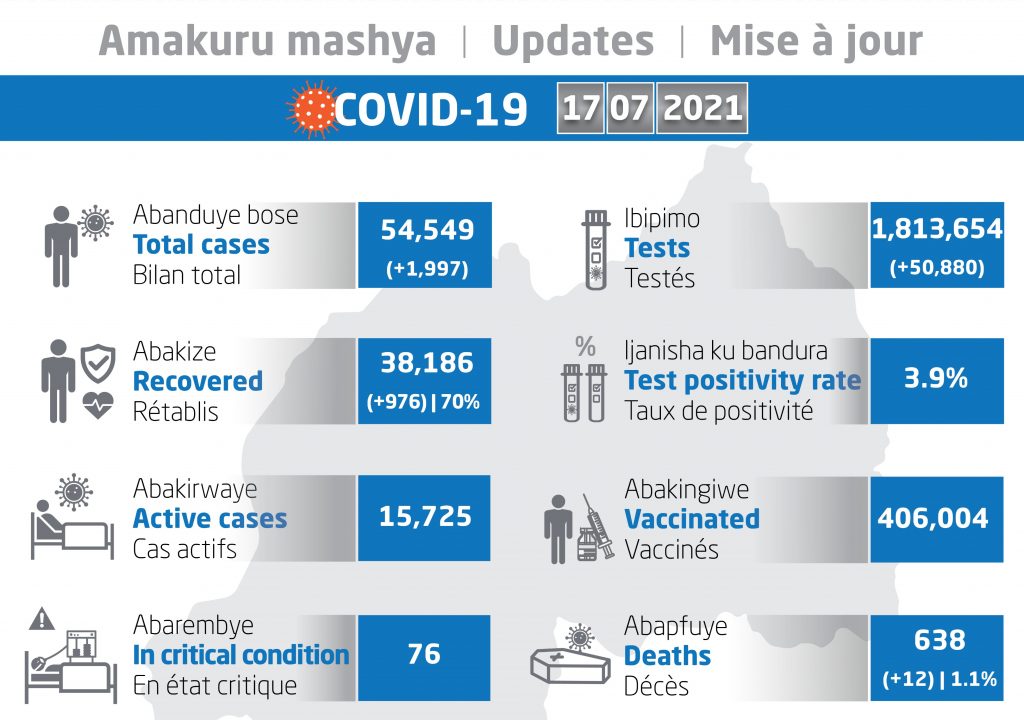 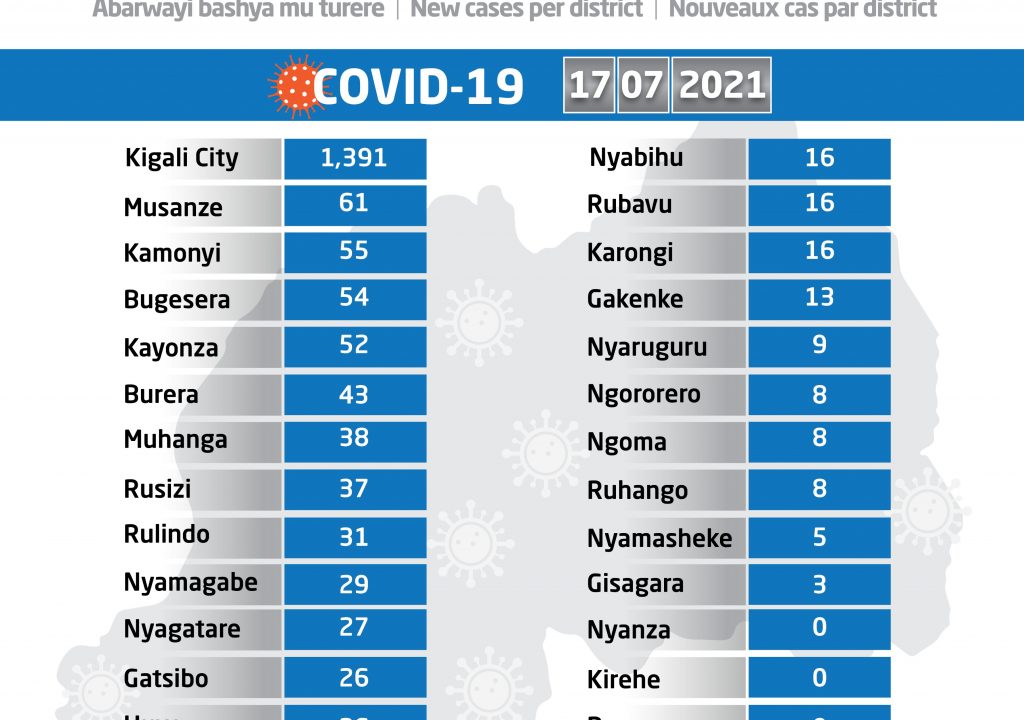