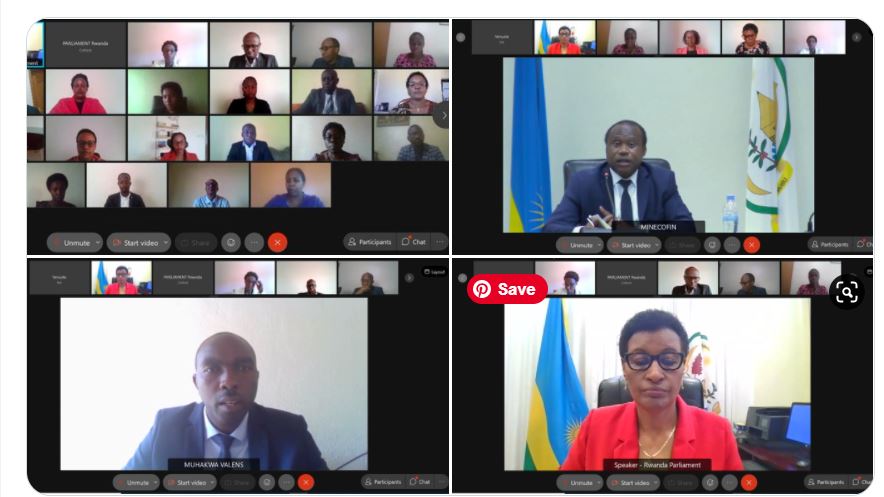 The Ministry of Finance has said that financial and managerial gaps that were sighted by the Office Auditor General (OAG) within the Rwanda Social Security Board (RSSB) and Rwanda Printery Company will be resolved with new approaches.

This assurance comes after the Public Accounts Committee (PAC) Tuesday showed that though the government was investing billions in both RSSB and RPC which are essential business entities, returns and value for money was not tangible due to poor planning.

For example, the OAG reports showed that RSSB planned and implemented so called ‘affordable housing’ projects (Vision City and Batsinda II Housing Estates) but only to increase the cost of sale of each property at a price that cannot be afforded.

The AG showed that besides poor planning in the housing projects, in which the government incurred more costs than planned, their houses remained unaffordable and under consumed (44%) on the local market.

For instance the Vision City housing project which RSSB had planned for Rwf77billion increased to more than 115billion (38billion added) while houses sold at Rwf60 for a two roomed house and Rwf70million for a three roomed house.

Finance Minister, Dr Uzziel Ndagijimana told parliament that following the OAG concerns the ministry has taken new measures to resolve the gaps in each of the two institutions.

For RSSB’s poor project planning and investment oversight, Ndagijimana said that “Government has formed a planning taskforce comprised of experts and private (including Rwanda Development Board and Housing Authority) to work along with RSSB in planning and executing future investments,”

This is expected to enable the government not to incur extra costs in housing projects where the ministry of infrastructure has had to commit to scrapping infrastructure expenses (Rwf49billion) on the current cost of houses in Vision City to increase their uptake to 96% today.

PAC committee earlier in 2020 showed that RSSB was also investing in loss making investments. For instance, of the 8 companies RSSB invested in, the loss increased from Rwf19bn in 2017 to Rwf28bn in 2018 due to their poor financial performance and 4 of these companies made capital loss for five consecutive years.

PAC said that this cast doubts on whether their financial performance will improve in the future to earn a return on investment in order to benefit the common pensioners who save with RSSB.

One of these companies is Rwanda Foreign Investment Holding Company Ltd, a medicine research company in which RSSB invested Rwf9.5billion but as of 2018 had made profits of only Rwf1.5billion.

PAC chairman, Valens Muhakwa informed parliament that besides the loss streak the company doesn’t abide by existing company laws, for example it has no known office address and not using financial reporting systems in Rwanda.

Minister Ndagijimana explained that this has changed and the company has been audited by credible audit institutions however as a research based entity, the company only started making profits after discovering a cancer drug known as ONIVYDE which was sold at Rwf1billion and RSSB has started earning dividends.

PAC also resurrected an administrative gap in which RSSB has not recovered Rwf139million in a salary based loan scheme offered to its employees without a proper recovery plan.

However, Ndagijimana said a recovery action plan is underway and only Rwf72.9m remains in non-performing loans however loan holders have been blacklisted with TransUnion- a credit bureau.

On Rwanda Printery Company (RPC) which had been labeled as one of the entities with serious gaps in management, no operation guidelines and financial, and offering tenders breaching standing procedures, Minister Ndagijimana said government plans to overhaul the current RPC board with competent members to revitalize its mission objectives.