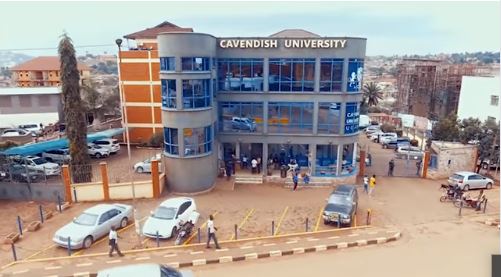 Cavendish university graduates whose academic papers were rejected by Rwanda Higher Education Council (HEC) in August 2020, will have to pursue and complete a one-year-long mandatory course for them to be academically accepted as qualified teachers.

The graduates have already started to comply with the requirement which consists of a “reintegration course”.

They are reportedly pursuing the remedial course in various local universities including Institut Catholique de Kabgayi (ICK), Kibogora polytechnic, University of Byumba, Adventist University of Central Africa (AUCA), among others where they have to raise the tuition fees at their own.

The “reintegration course” is a package of various course units or modules including, the East African History-1(from the origins to 1900), Revolution to World War one and Concepts, steps of the Genocide and Pre-colonial history of Rwanda.

Other course units or course modules are History of Asia, Historical criticism, History of Oceania, Contemporary history- II (from World War-1 to present), Catholic church and education, educational systems in Rwanda, Change Management in Education, Conflict management, among others.

According to a letter from HEC, the higher learning institutions that will reintegrate the students from foreign institutions should rigorously verify whether those students fulfilled the admission criteria2principal passes, in addition, students should be reintegrated in fields related to what they studied before.

“As per the General academic regulation guidelines, the pass mark is 50%. However, different institutions have different pass marks which is 50% or 60%, given the nature of the situation of these students, higher learning institutions (HLIs) are urged to be flexible in reintegrating those students as pass marks may be at different percentages,” the letter from HEC accessed by KT Press reads.

“Due to the fact that all HLIs don’t have the same curriculum and are not at the same level of completed modules at each level of study, during the reintegration process, HLIs are requested to carry out a gap analysis for the reintegrated students in terms of credits accumulated, modules, completed and content covered by students relative to their academic programs in which the students will be reintegrated in order to set measures to bridge the identified gaps,”  the letter futher reads.

It was also indicated that the reintegration will depend on the gaps analysis where those that are targetted will be required to cover the uncovered credits, modules or content,” the letter reads.

The letter notes that the students to be reintegrated are private and so, they will pay for themselves the tuition fees as they did in their former universities.

Teachers will take up 5 to 9 course units, depending on what they studied at their former University.

Another letter from the Ministry of Labour and Public Service (MIFOTRA) reads that all the employees who were recruited using the recognition of the academic qualification from foreign institutions are given a period of one year (12months) and the deadline is 31/December 2021.

“Every employee who will not fulfill the needed job requirements by then, will be dismissed,” the letter reads.

Both letters encouraging reintegration course pursue, follow Ngororero district labor department directing Cavendish graduates who are serving as teachers to present their academic equivalence certificates from HEC or else, be dismissed.

The graduates of Cavendish University, Kampala, have been serving as teachers and headteachers in different schools located in Ngororero district, Western Province of Rwanda.

They were employed after passing teachers’ recruitment exams and presenting HEC recognition certification, about two and half years now.

However, the inspection that was conducted by the National public service commission between June, 15 and June 16, 2020 reportedly found out that they were recruited without all required documents.

The officials explained that the academic recognition certificate is the approval of courses, qualifications, or diplomas from one (domestic or foreign) higher education institution by another while an academic equivalence certificate approves a level of achievement equivalent to completion of an educational course or training.

The Cavendish graduates who were given 31 December 2021, as the deadline to present the required papers (Equivalence) from HEC says the one-year reintegration course was disrupted by the Covid-19 pandemic and they could be dismissed if the dates are not extended.

According to the letter from the Ministry of Labour and Public Service, these graduates were given the whole of 2021 to pursue the reintegration course.

“We would complete the required course, but the pandemic disrupted studies for about six months. The government-imposed lockdown in various districts and studies were halted,” Denys Safari head of Cavendish university alumni told KT Press.

He added that if the deadline is maintained, all graduates could be unfairly dismissed, despite the fact that all of them accepted to pursue the reintegration course and have not yet completed.

Responding to the extension of the 31 December 2021, deadline, Fanfan Rwanyindo Kayirangwa, the Minister of Labour and Public Service told KT Press that “we have no request of a kind.”

According to Safari, most of the Alumni are professional teachers with Bachelor of Arts with education.

The Cavendish University, Uganda alumni saga has been in media since last year, after the employers in different districts including Gicumbi and Musanze (Northern province) district labour departments attempted dismissals through letters.

These teachers appealed to various government offices for the matter to be solved, but this have not yet bore fruits to date.

For example, on 19/10/2020, the Cavendish alumni reportedly wrote a letter to President Paul Kagame informing him about the unfair dismissal.

“The office of the president informed authorities to solve the matter, HEC and Ministry of Labour and public service told us to study reintegration course, but the district labour departments keep sending us letters threatening to dismiss us,” Safari added.

The letter to the Head of State, was written after an appeal letter to parliament on August 21, 2020, after HEC and National Public Service Commission (NPSC), district labour department allegedly failed to solve the matter.