President Paul Kagame has urged young people to always challenge themselves enough, before ‘rushing’ to seek help from other people or friends, to learn more and be self-reliant in their daily endeavor.

“To the young people here, before you go to anyone for help, make sure you have challenged yourself enough. Seek for help after you’ve tried,” Kagame said. 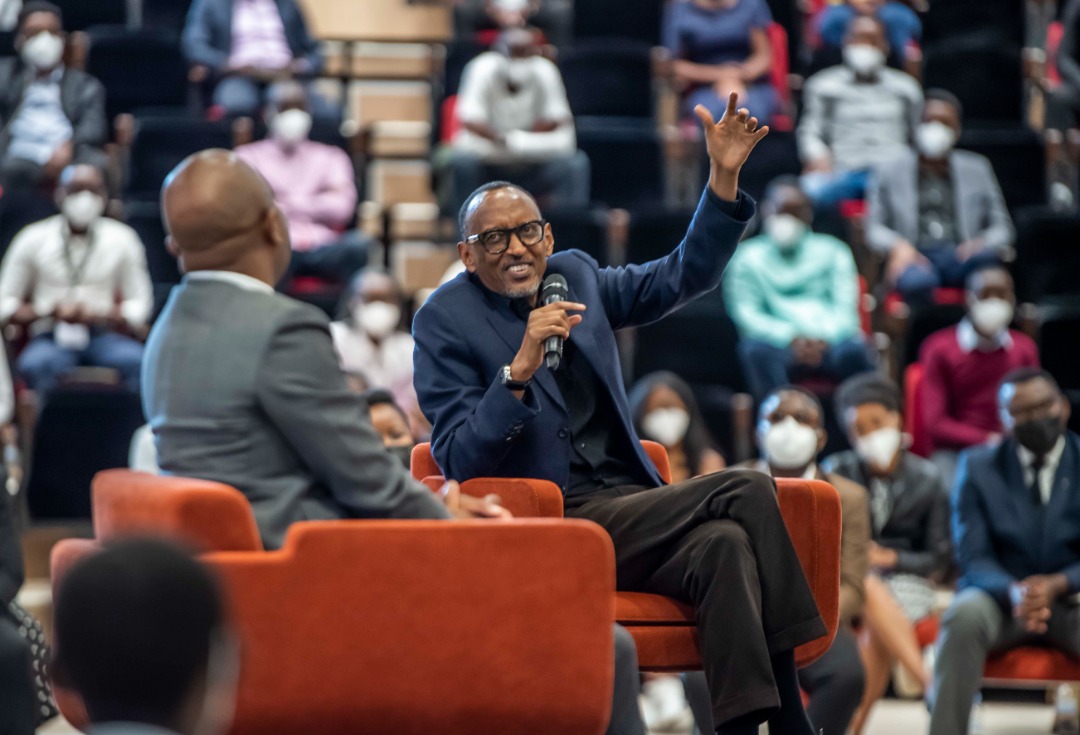 The Head of State made the remarks while explaining why the government relentlessly invests into young people’s education, what the country expects from them, and what the future holds.

“Always take care of yourselves first, keep trying to do your best. While others are getting vaccines, we are using many other means to fight COVID-19 pandemic. Protect yourselves and those around you,” he noted.

Kagame made the observation during an interaction with 600 university students as part of The Pathway series hosted by Fred Swaniker, founder of African Leadership Group and TheRoomGlobal. 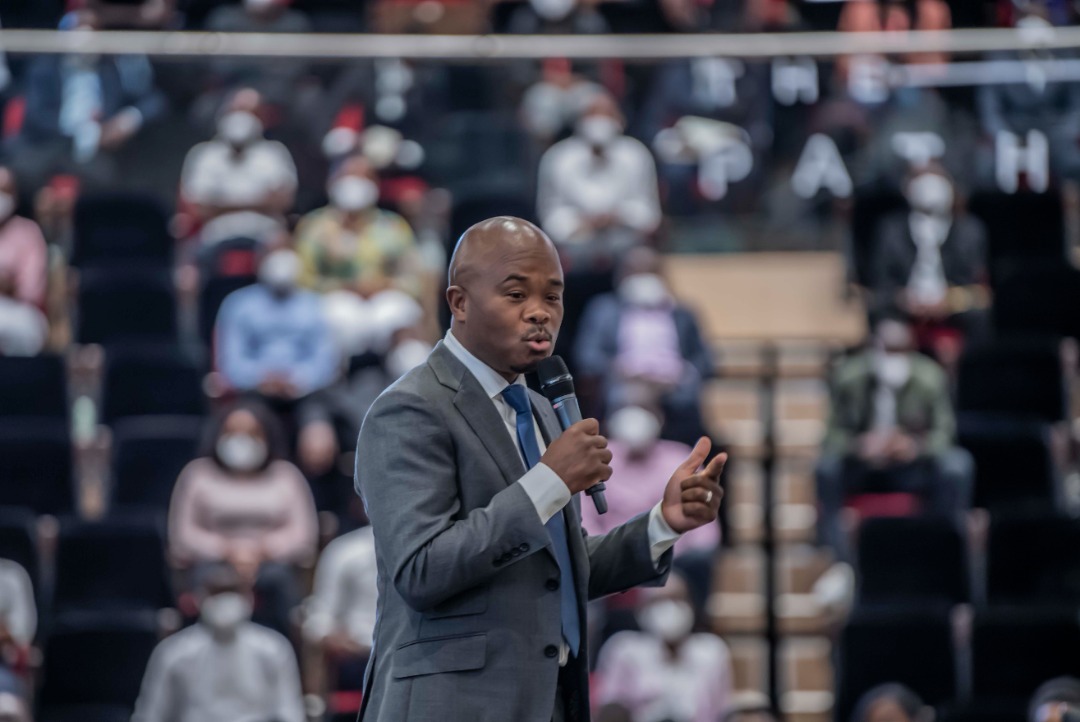 Giving an example, the Head of State said that when they(liberators) arrived in the country, a big part of the population was devastated and challenged in the way of finding a starting point to build up the country.

“When we arrived here, a big part of our population was devastated. We were challenged to find where to start from. There was no textbook that could give us solutions. We had to think out of the box,” Kagame said. 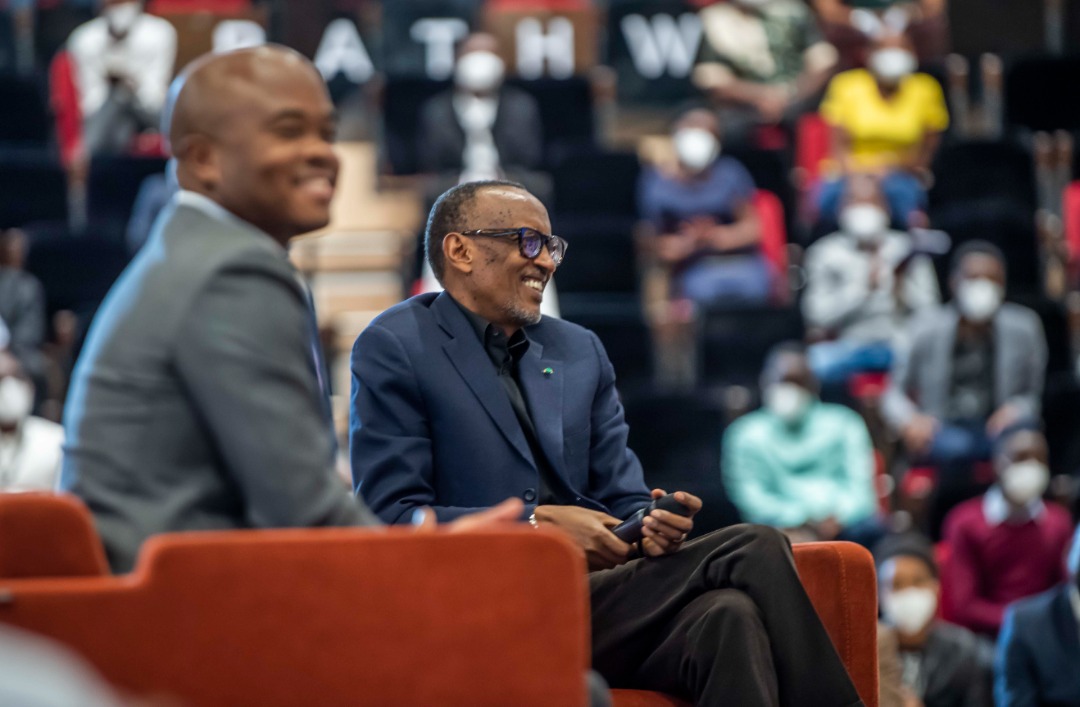 “When we took over in 1994, the bigger part of the population was dead, others displaced or depended on handouts. In all that, you have to do the hard thinking. You are challenged to think beyond the ordinary,” he added.

Advising young people on hard work and thinking hard, Kagame said that there is a lot of work to do here in Africa. But “it is going to serve us well when people move in an organized manner.”

He pointed out that Africa is part of the world and there are things that Africa needs from the rest of the globe to develop.

While answering questions on the panel, Kagame also urged young people to do the right things, in the right way, no matter the negative forces or even negative media because it has been there for a long time.

“There is so much that one can do. Do the right thing, the right way. The negative press from especially the western world is not new. It has been there since 1994. There’s not much I can do about it,” he noted.

“I guess it is from their end, that’s how they want to see things. I guess they must be seeing us from their own lenses. You have to look at it and analyze it. That’s why we concentrate first on what we do in Rwanda,” he added.

“The concentration should be more on doing the right things for ourselves. They really think they are entitled to present us the way they want us to be, not what we are or should be,” he said.

President Kagame added that sometimes they may criticize people for doing what they do themselves. But it is important to keep listening and learning, if there’s anything to learn about, and always keeping the focus. 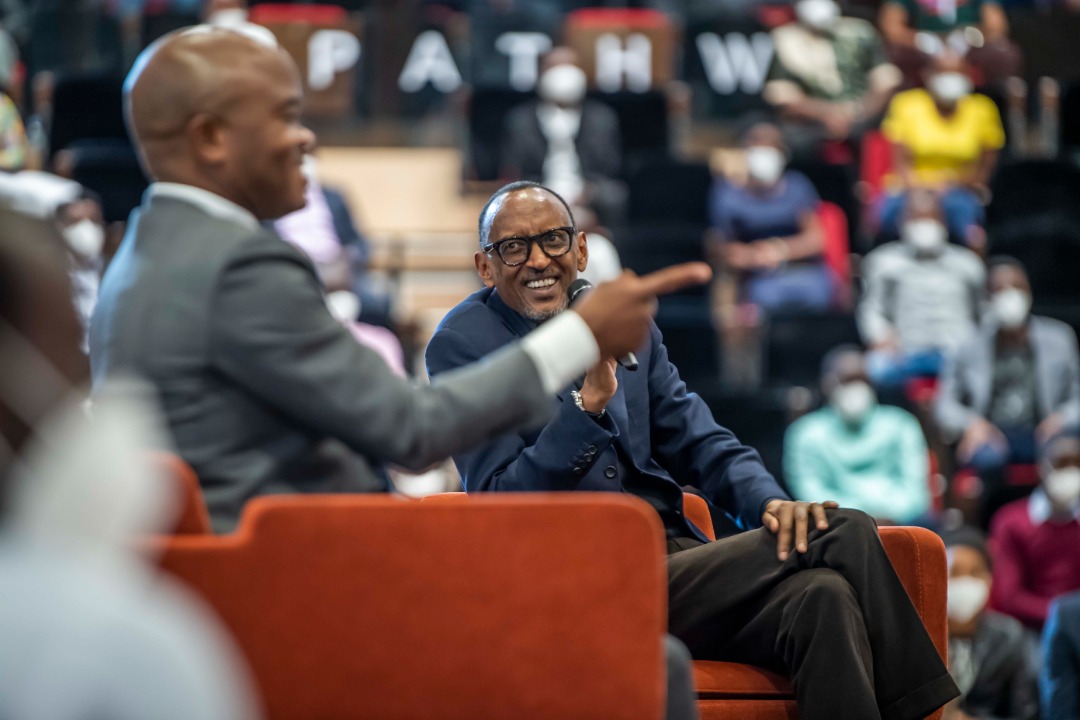 Professor Senait Fisseha who was among the attendees said that “I’m Ethiopian by birth and Rwandan by choice. “I’m deeply inspired by the leadership of our country.”

Fire walk/Q and A questions

In the same conference, the interviewer, Fred Swaniker, the founder of African Leadership Group, continued with a Q and A session dubbed “fire walk or rapid fire”, which was conducted in a fan manner, as the event neared the end.

While introducing the last session, Swaniker told the Head of State that the next part of the discussion was a rapid fire (fire walk), laughing, Kagame responded that it has been a while since he experienced it, ‘30 years ago’.

In the rapid-fire session, the Head of State was instructed by Swaniker to answer questions in only seven words or less. 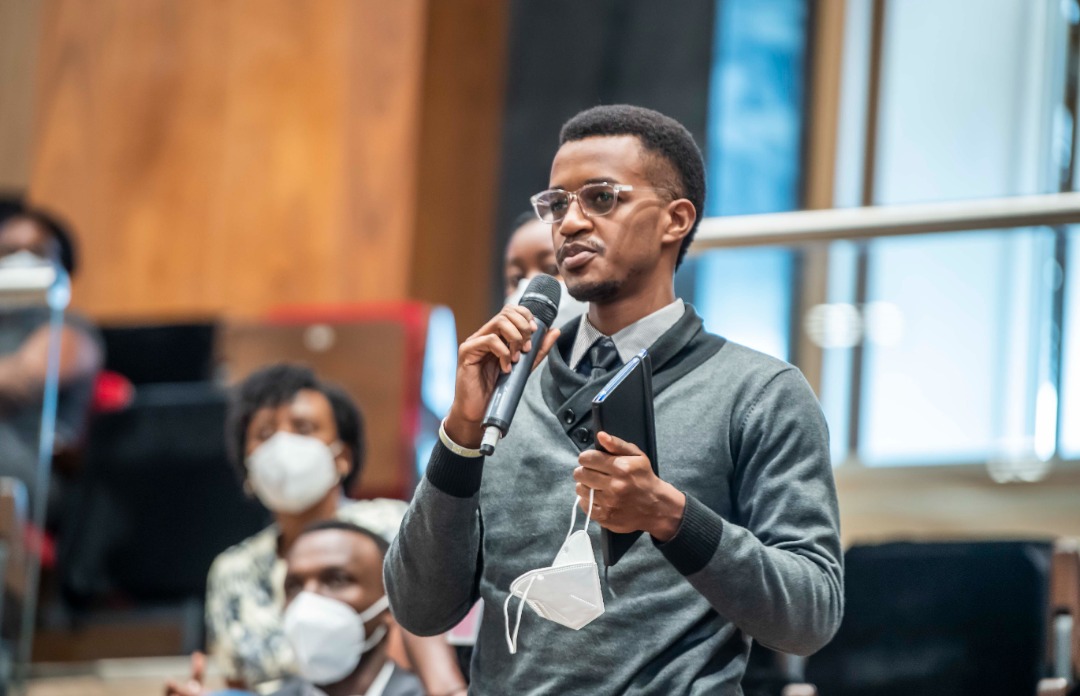 Swaniker: Name one thing people don’t know about you?

Kagame: Everything is known about me.

Swaniker: Finish this sentence again in seven or less words, Rwanda is………….?

Swaniker: What is one thing you have learned from being a grandfather?

Swaniker:  Name one item you could never live without?

Swaniker: What did you want to be when you were a little boy?

Kagame: A Pilot, I wanted to fly planes.

Swaniker: Where do you go to think? 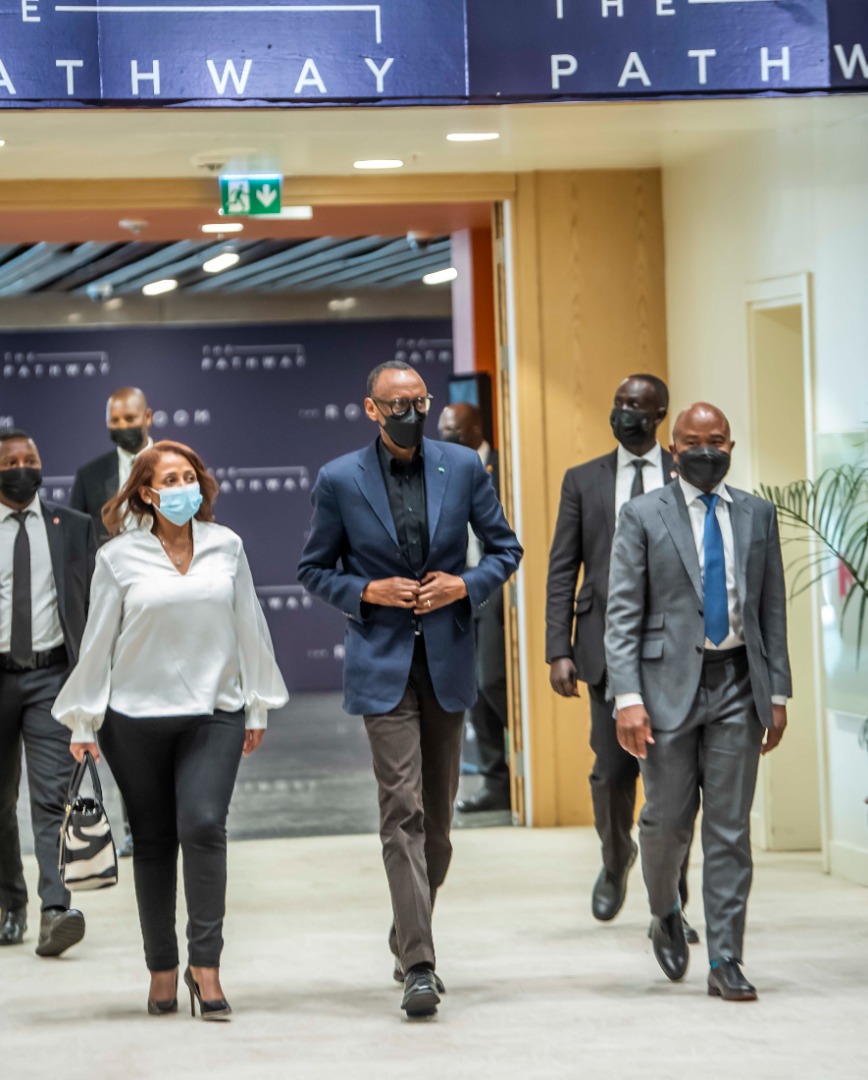 Swaniker: What makes you smile?

Swaniker: Best basketballer of all time?

Swaniker: What three words, Mrs. Kagame used to describe you?

Kagame: You better ask her. 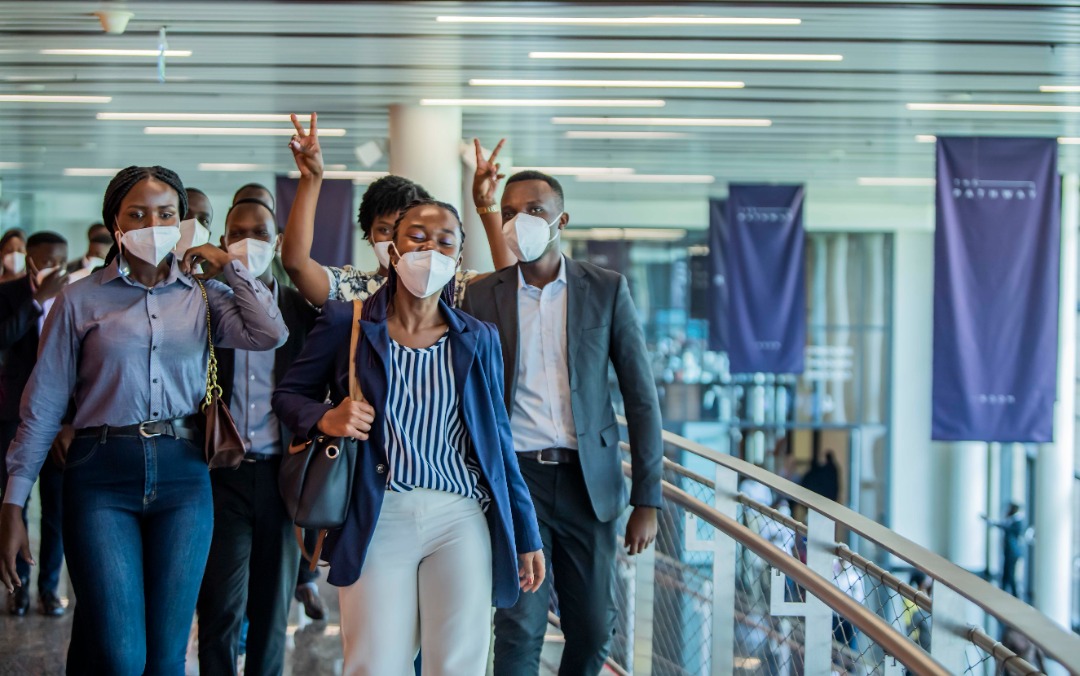 Swaniker: The last question, you don’t have to limit yourself in words, what are your parting words for everyone who has joined us today?

Kagame: Young people, you have an opportunity, just take it and run with it. 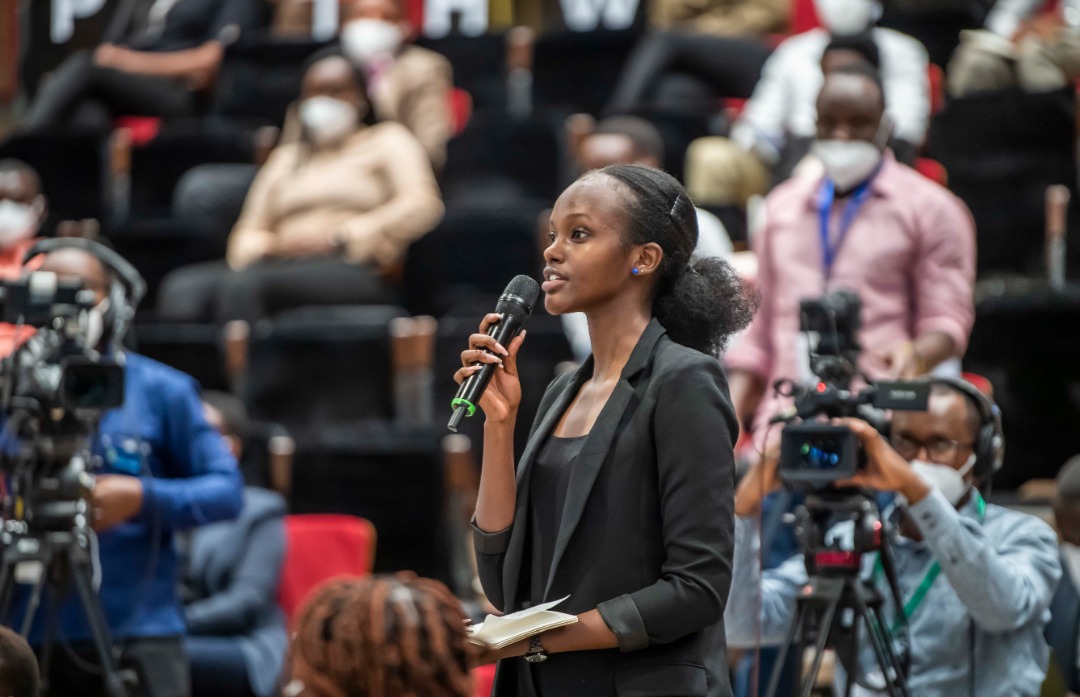