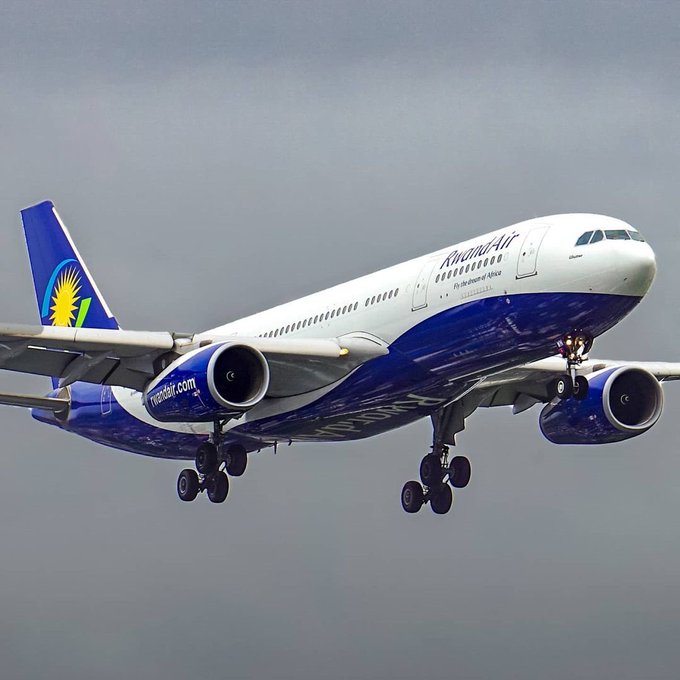 Rwanda’s national carrier – Rwandair has announced plans to add Lubumbashi and Goma, two towns of Democratic Republic of Congo(DRC) to its routes soon.
The airline said it will respectively inaugurate on September 29 and October 15 bi-weekly flights to Lubumbashi, the mining capital of the DRC, and Goma, capital of the province of North Kivu.
“We’re delighted to add Lubumbashi and Goma to our network from 29th September & 15th October 2021 respectively,” the airline said on Twitter.
Rwandair CEO, Yvonne Makolo said the carrier’s new bi-weekly routes to Lubumbashi and Goma will provide more choices and flexibility to customers traveling to the Democratic Republic of Congo.
“We believe that these new routes will be extremely popular with RwandAir customers and that they will strengthen diplomatic and commercial ties between DRC and Rwanda,” Makolo said.
RwandAir’s first destination in the DRC was in Kinshasa in April 2019 and with the two new routes the airline said it is tripling the capacity available to DRC.
Despite the Covid19 impact on the aviation sector, the airline also stated that it plans to expand its reach not only across sub-Saharan Africa, but also to further destinations on the continent
Rwandair currently connects to more than 25 destinations in Africa, Europe, Middle East and Asia and has started resuming flights to most countries following a temporary closure due to Covid-19.
The announcement comes days after both Rwanda and DRC Presidents held bilateral meetings in the month of June 2021 which focused on improving trade between the two neighbouring countries.
Contact the Author:
@DanielSabiiti