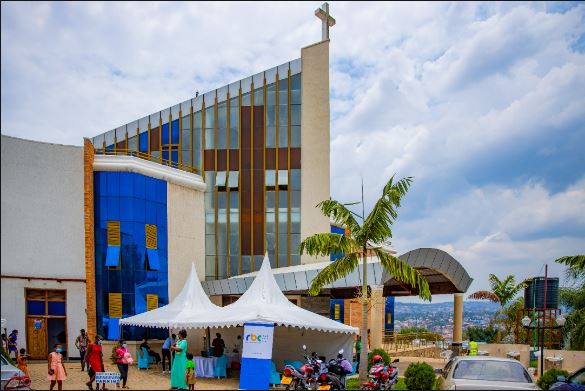 Rwanda has made extra miles in the easing 0f COVID-19 preventive measures.

Letest in a series is the authorization of parents to take all their children with them at church, unlike previously where only children of 6 years and above were allowed.

“All children, accompanied with their parents or adults, are allowed to go to church,” one item in a list of 12 new instructions reads.

Also among others, the Ministry of Local Government(Minaloc) which issued the instructions said that all church activities are allowed in respect of COVID-19 preventive measures.

”For immersion baptism, the minister, his aids and the Christian to be baptized should have a certificate of COVID-19 negative test taken within 72 hours,” part of the communique reads.

MINALOC said that all churches that were allowed to operate will continue but more will be given permission after inspection by relevant authorities.

Meanwhile, churches were reminded to respect curfew hours and to leave a period of one hour minimum between two services.

Currently, churches that are allowed to fellowship can accommodate a maximum of 50% of their capacity.

Rwanda stands relatively well in the fight against COVID-19. Currently, more than 3.3 million have received the first jab of their vaccine, while 1.7 million received both jabs as of October 19.

In the last seven days, three people succumbed to COVID-19 while the total number of victims was 1314 as of October 19.