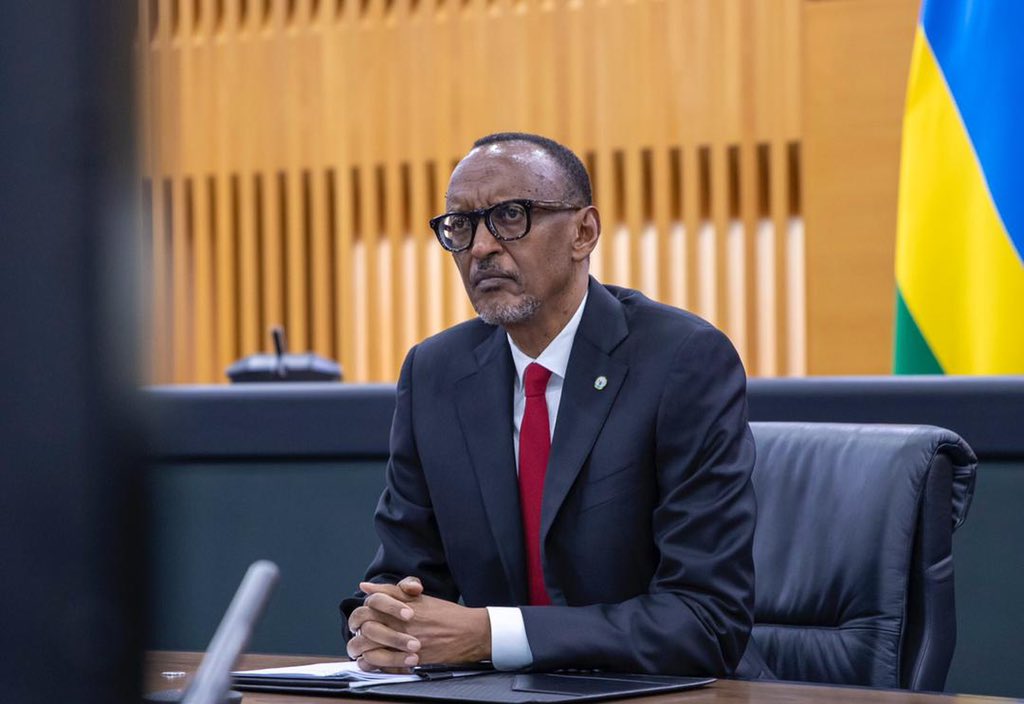 President Paul Kagame has said that despite past experience, the world has slowly evolved in dealing with heath and security threats.

The president made this observation at the first fireside chat of the Global Security Forum hosted by the Soufan Center in Doha-Qatar, which he attended virtually.

The president had examples at hand:

“For example, in the Democratic Republic of Congo, a peacekeeping mission has operated for twenty years with meager results,” Kagame said referring to the Mission des Nations Unis pour la Securite au Congo(Monusco).

“The efforts in the Sahel region to contain armed groups have also not yet managed to transform the security landscape.”

The head of state did not blame anyone, but he pointed at the real issue.

He said: “The effort is not to cast blame. But at a minimum, we can say that something is very wrong in terms of how cross-border security threats are dealt with.”

For the president, how this challenge is approached matters a lot and it has nothing to do with lack of engagement or lack of money.

He said that no amount or external funding or troop can create sustainable peace without putting the government of the centre of it all.

But as far as he is concerned, the president said that Rwanda is doing what it can to defy the odds in contributing to peace restoration and sustainability multilaterally under UN Peacekeeping missions or African Union missions.

Case in point is the Central Africa Republic and South Sudan.

The country, now in the top five UN troop-contributing countries has also responded to a bilateral appeal from the Government of Mozambique t0 combat the radical insurgency in Cabo Delgado.

“External forces can create the safety and political space for new forms of consensus-based leadership within a society to gain the upper hand. But it can’t be forced or imposed,” Kagame said.

While talking about health challenges, the president reiterated an issue he has several times talked about in current affairs; vaccine inequity in the continued fight against COVID-19 pandemic.

“Clearly the record has been mixed,” Kagame said.

The president said that delay in the rollout of vaccines in Africa and other developing countries “has hampered global recovery and probably allow new COVID-19 variants to emerge.”

His observation, however, is that the inequality in vaccines is one among many inequalities that existed before and which have created social and economic imbalances through the years globally.

“That needs to be dealt with because as we see over and over, global health and security are closely intertwined,” Kagame said.