The fixture list for the first leg of 2021-2022 top-flight campaign has been released by the Rwanda Football Federation, with the opening round of matches due to take place on Saturday, October 30.

The fixture details for the first 15 rounds of games were confirmed in an official statement on Wednesday evening, with the rest of the games to be announced at a later date.

The opening weekend of the season will see a mouth-watering clash between Rayon Sports and Mukura Victory Sports at Kigali Stadium.

Reigning champions APR FC take on newly-promoted Gicumbi FC on the opening weekend while AS Kigali travel to Rusizi to face Espoir FC.

Etoile de l’Est will be hoping to get off to a positive start to life in the top-flight when they host Police FC at Ngoma Stadium.

The first clash between arc-rivals APR FC and Rayon Sports will be held on November 23 at Kigali Stadium. 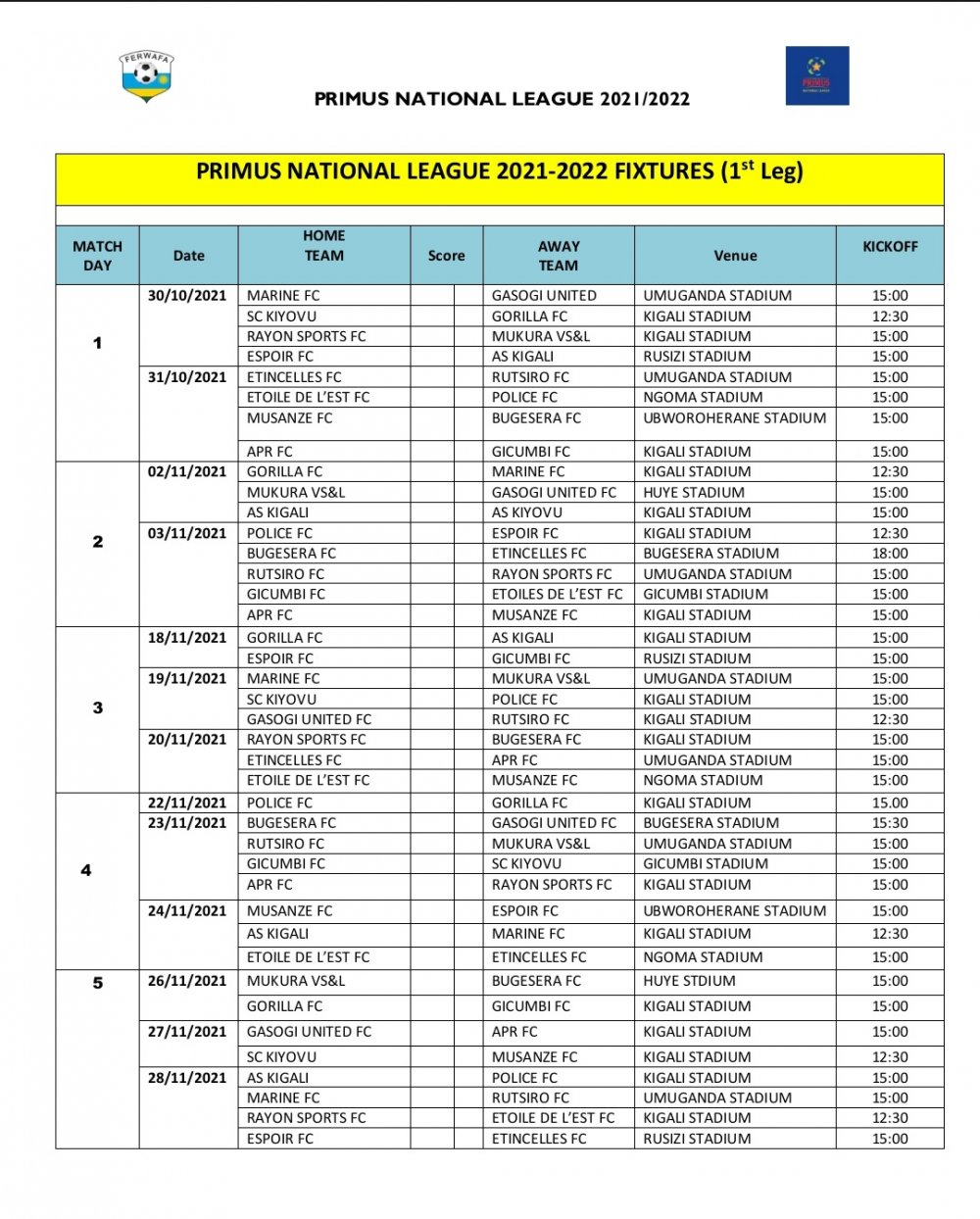 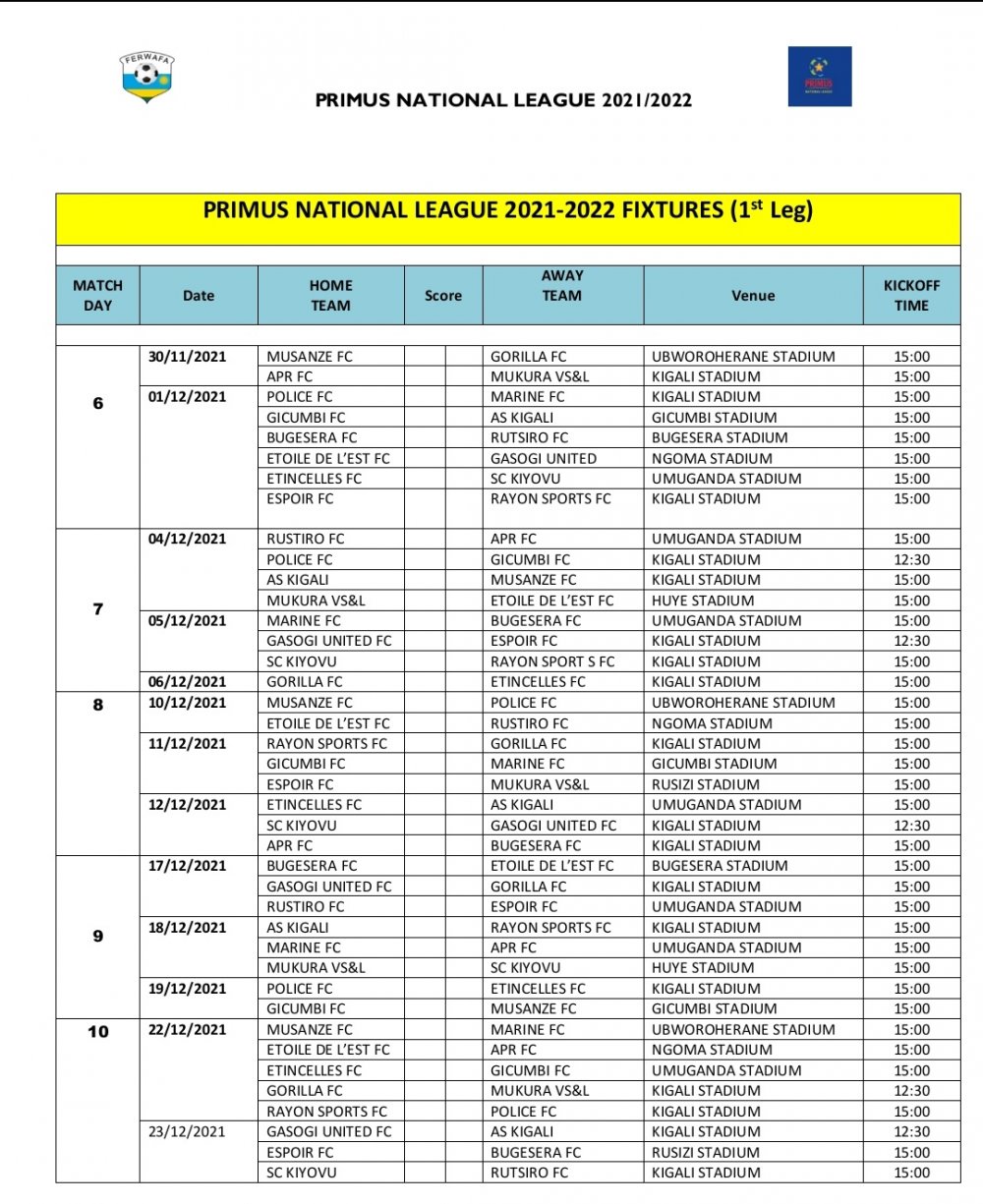 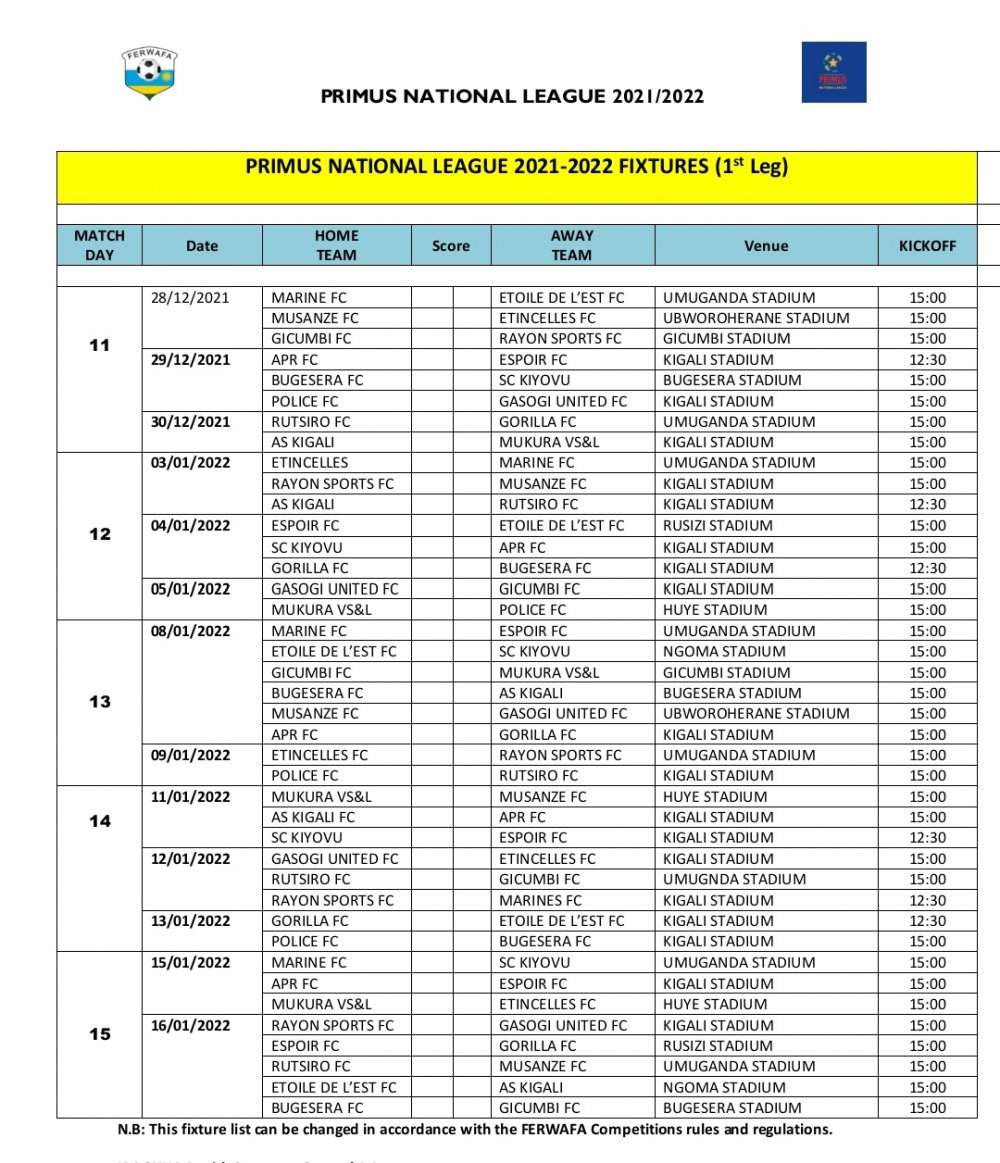