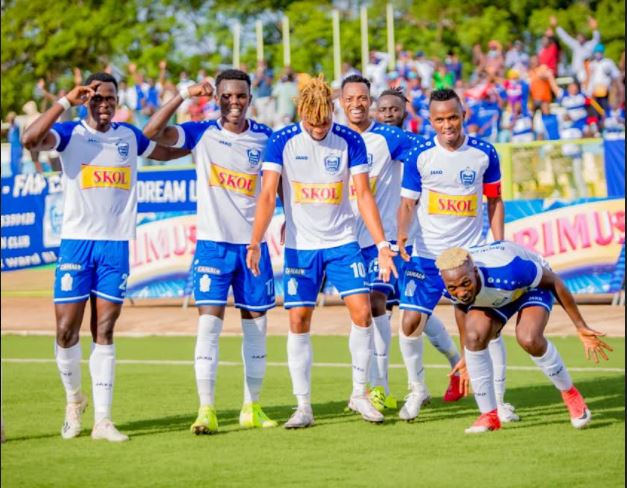 Top flight action returned this week after an international break. Here’s a round-up of everything that went down on match day three.

AS Kigali continued their 100% start to the season with a hard-fought 1-0 victory against a stubborn Gorilla FC on Thursday.

Things started brightly for the visitors and found themselves in front after just eight minutes with Habani ‘Tchabalala’ Hussein scoring his second goal of the season.

KIyovu Sports, looking to bounce back from a humbling 4-0 defeat against AS Kigali, could only manage a draw against Police FC at Kigali Stadium.

Antoine Dominic NDAYISHIMIYE put Francis Nuttall’s side ahead in the 68th minute while Cedric MUGENZI scored two minutes later to salvage a point.

Rayon Sports also continued their unbeaten start to the season but their disappointing draw with Rutsiro last time out, it was fair to say that the pressure was mounting on Masudi Djuma.

Blaise Nishimwe opened the scoring from Karim Mackenzie Nizigiyamana’s cross in the 35th minute before Essombe Onana doubled the lead towards the end of the first half.

Steve Elumanga made sure of all three points with goal in 73rd minute while Rafael Oliseh scored a consolidation for Bugesera two minutes later.

Etoile de l’Est poor start to life in the top flight continued with a 3-2 home defeat to Musanze.Goals from Peter Agblevor and Samuel Chukwudi were not enough with Ibrahim Niyonsenga, Is’haq Habineza and Samson Ikechukwu scoring to make sure all the three points head north.

Etoile de l’Est sit bottom of the league after three defeats in as many games.

Earlier, a long trip to Rusizi saw Gicumbi FC grap a point at Espoir FC after a goalless draw.

Meanwhile, Mukura’s game against Marines and yesterday’s fixture between Etincelles APR FC were postponed after the Ministry for Sports banned Umuganda Stadium.

Top flight action continues midweek with the biggest game of the season between rivals Rayon Sports and APR at Kigali Stadium on Tuesday.