President Paul Kagame on Thursday arrived in Kinshasa, Democratic Republic of Congo (DRC), where he joins fellow African Heads of State and Government for the men’s conference on Positive Masculinity hosted by President Félix Tshisekedi.,

President Tshisekedi is hosting the continental meet in his capacity as the Chairperson of the African Union (AU). Upon arrival in Kinshasa, President Kagame was welcomed by the DRC Prime Minister Lukonde Sama and other senior officials.

Themed “African Men Leaders Engage in Positive Masculinity Approaches to End the Scourge of Violence Against Women and Girls In Africa,” the conference is the commitment of men, in particular that of Heads of State and Government, to provide appropriate responses through concrete actions and strategies towards ending violence against women and girls.

President Kagame last visited DRC in June this year but in the eastern capital of Goma bordering Rwanda, where he was hosted by President Tshisekedi, who also a day earlier had visited the border district of Rubavu on the Rwandan side. President Kagame hasn’t been to Kinshasa in recent years.

The visit comes at a time when the two countries are experience cordial diplomatic and bilateral ties. 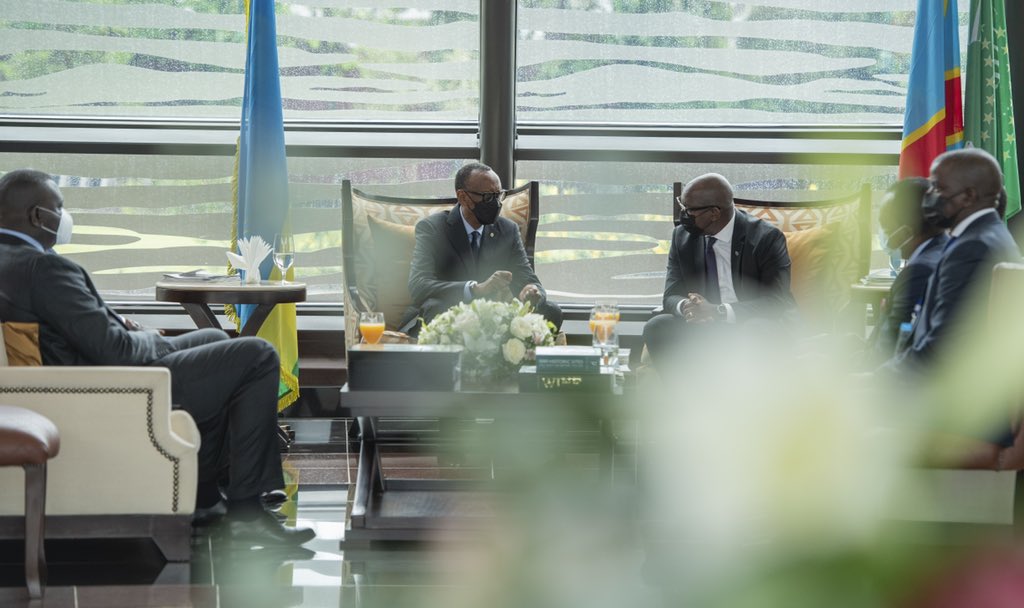