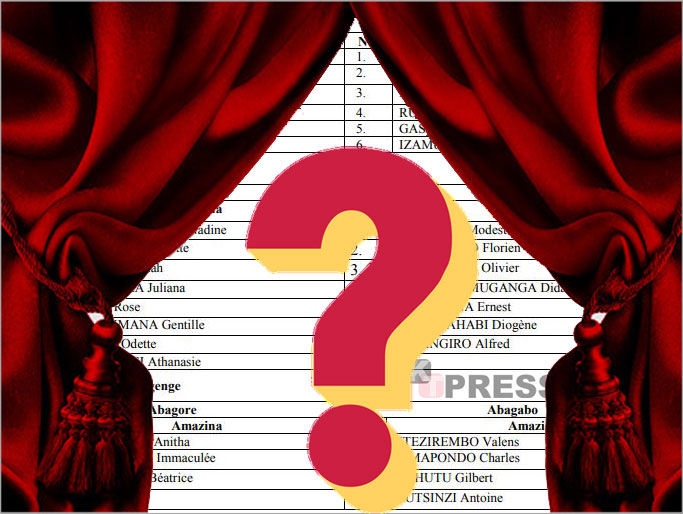 If it was a football game, we would say that the 17 candidates that are eligible for the top positions in leadership of the highest entity in local administration – the district- are going into finals.

For local government, councilors play the role that members of parliament play for a country.

More importantly, it’s from the councilors where the district executive committee is elected. The committee of three people include the mayor of the district and his/her two deputies in charge of economic and social affairs respectively.

The councilors also elect a bureau of three including a president, a vice president and a secretary.

Who is who among the candidates?

This would suggest that, in some districts where former mayors competed as won a sit among councilors, chances are, they intend to run again for mayor ship.

As a matter of fact, the former mayors who run performed quite well in general and this is the case for Huye district with Ange Sebutege, and his fellow Valens Habarurema of Ruhango District, Jacqueline Kayitare of Muhanga district who qualified earlier in 30% women’s quota.

Also going through was Erasme Ntazinda of Nyanza District, Rutaburingoga Jerome of Gisagara district and Janvier Gashema who replaced Habitegeko Francois after his promotion to the position of Governor of Western Province last year.

Gashema was vice mayor for Economic affairs then.

Some important changes are most likely in Nyamagabe district where Bonaventure Uwamahoro and his deputy in charge of social affairs did not run.

Runing was deputy mayor for economic affairs who lost.

Thadee Habimana from Nyamagabe district who was executive secretary of Gasaka sector is now on top among general councilors.

In Kamonyi district, the changes are also likely with Uzziel Niyongira on top of general councilors.

Despite general councilors being of the biggest number, a mayor may emanate from any of the category of the 17 councilors.

The same fate was with former mayor of Rusizi district Kayumba Ephrem.

However, in Karongi Mukarutesi Vestine, the former mayor and her deputy in charge of social affairs made it to district council. Same applies to former mayor of Nyamasheke district Appolonie Mukamasabo.

In Northern Province, Nuwumuremyi Jeannine who was mayor of Musanze district run but lost, same as Nteziryayo Anastase of Gicumbi.

Uwanyirigira Marie Chantal from, former mayor of Burera was the only mayor to be elected among councilors in Northern Province.

It serves to note that former Gakenke mayor Nzamwita Deogratias has concluded his two terms.

Mayors of Kayonza and Nyagatare did not run for councilors though they were allowed to, since they served one term.