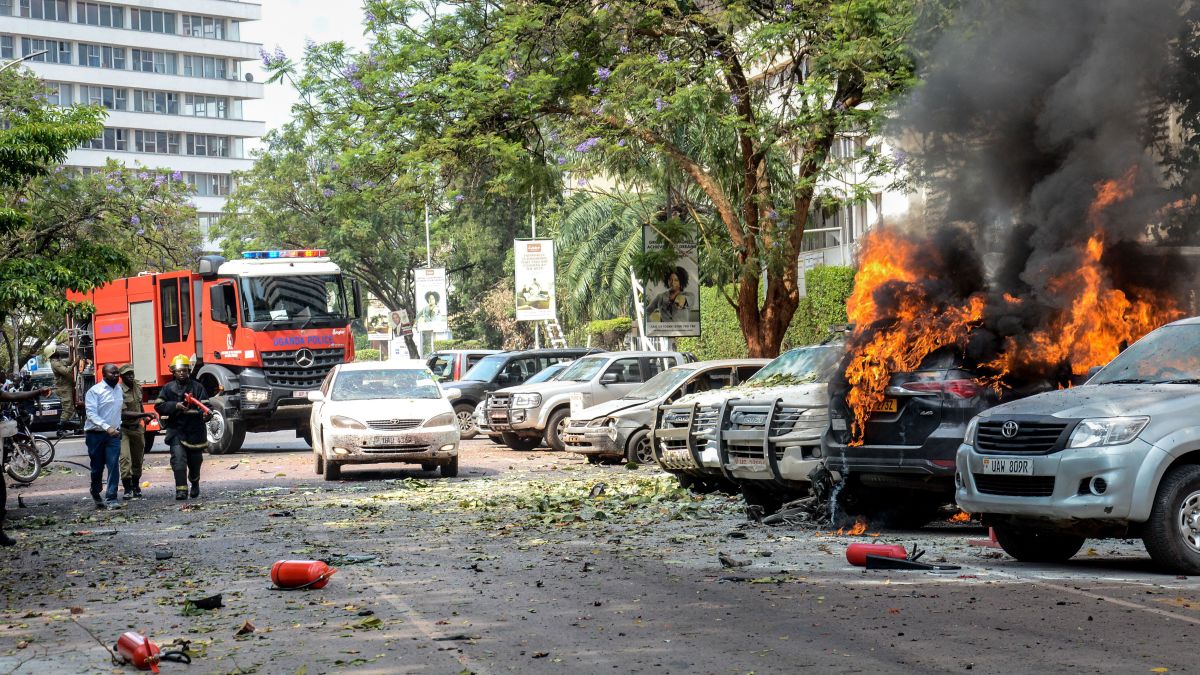 The Islamic State has claimed responsibility for two suicide attacks that killed three people and injured at least 36 in the Ugandan capital, Kampala, on November 16 2021.

In the attack, two civilians and a police officer were killed. according to Fred Enanga, Ugandan police spokesperson.

According to the ISIS-affiliated group to the Allied Democratic Forces (ADF) Amaq News Agency, the incident on its Telegram channel on Tuesday, says three fighters set out with bags loaded with explosives.

Among them, two attacked the Kampala Central Police Station, while the third headed to the parliament building, where he detonated it, according to the Amaq News Agency.

Enanga told media yesterday that the attacks had the marks ADF and the Islamist rebel group, ISIS.

A total of 81 suspects have been arrested, according to President Yoweli Museveni.

“Apart from hunting the terrorists, the country’s strategy of vigilance and alertness is helping to minimize damage,” Museveni said in a Statement.

The two explosions shocked Kampala city for about five minutes.

Reports from the police’s surveillance camera footage indicated a man carrying a bag detonating himself at 10:03 a.m. near the Central Police Station. Enanga said the attacker died on the spot.

During the bomb attack, two people were confirmed dead at the scene of the first detonation, while 17 others sustained critical injuries, Enanga said in a statement yesterday.

Three minutes after the first bomb detonation, two suicide bombers on motorcycles were seen detonating themselves near Raja Chambers and Jubilee Insurance Building along the central Kampala Parliament Avenue.

The two bombers died and the body of a civilian was also found at the site, he added.

In October 2021, a similar bomb attack in Kampala killed at least one person and injured several others.