President Paul Kagame has called on African countries to learn from the challenges relating to timely access to Covid-19 logistical supplies and find a way of doing things themselves rather than solely relying on external support.

The Head of State made the call while delivering remarks at the Partnerships for Vaccine Manufacturing in Africa (PAVM) meeting which opened in Kigali on Monday.

At the meeting which was attended by representatives of African Heads of State and leaders of regional and international organizations, President Kagame said it is time the continent pushed towards scientific advancement that would make Africa more self-reliant.

“Africa’s challenges during the Covid pandemic in securing timely access to tests, therapeutics, and vaccines, have served as a constant reminder that we need to be doing things for ourselves,”

“This is not a new problem. But a crisis of public health is literally a matter of life and death. Africa must therefore build manufacturing and scientific capacity with a sense of urgency. We can and must do something new and different,” President Kagame said.

President Kagame added that by doing “things for ourselves, that does not mean acting alone”, pointing out that vaccine research and production is fundamentally a global enterprise, hence the need to work in partnership with each other, as Africa, and also with key partners around the world.

To achieve that, he said it doesn’t require not only funding, but also, and even more importantly, trust. He pointed out that since the inaugural meeting of the Partnership for African Vaccine Manufacturing eight months ago, significant progress has been made.

He commended Dr John Nkengasong, the head of the Africa Centre for Disease Control (Africa CDC), for taking the lead in establishing PAVM, which he described as a historic initiative, as well as African countries and partners who bought into the idea.

“This joint effort has helped to prevent Africa from being, yet again, an afterthought. But we still have a lot of work to do,”

“One of the most important developments since our last meeting is the entry into force of the new African Medicines Agency. I commend the African Union Special Envoy, Dr Michel Sidibé, for his role in accelerating this process,” the Head of State said, calling for sustained momentum.

“It is essential to maintain the momentum and fully establish this agency, without which Africa cannot independently authorize and regulate medicines and vaccines,”

“Producing vaccines on our continent is also an opportunity for trade and investment. That is why the presence here of the Secretary-General of the new AfCFTA Secretariat is so crucial,” he pointed out.

He said that Rwanda and Senegal have concluded agreements with BioNTech to begin the end-to-end production of mRNA vaccines as early as next year and the doses will be distributed on the continent before anywhere else.

The initiative will also lead to technology and knowledge transfer to African engineers and companies. At the same time, through its mRNA Tech Transfer Hub in South Africa, the World Health Organization (WHO) is working with South African companies to build a valuable knowledge base for our continent.

President Kagame said that these and other initiatives underway in various countries are evidence of a strong momentum, which must be supported and sustained.

He emphasized that the pandemic created an opportunity to fundamentally change the pharmaceutical production landscape on the African continent.

“This window will not stay open forever. Now is the time to act, decisively and quickly, together, as Africa, and also globally,” he said.

The launch of PAVM was one of the major outcomes of the Summit on Expanding Africa’s Vaccine Manufacturing for Health Security which was hosted by the AU and the Africa CDC in April 2021. At the Summit, the African Union set a bold goal: that by 2040, African countries should produce at least 60% of the vaccines they use, growing from the 1% manufactured continentally today.

The two-day meeting aims to update on progress made so far as well as agree on an AU endorsed approach to facilitate regulatory approval of vaccines produced in Africa, including how to strengthen the African Medicines Agency. The meeting will also serve as a soft launch for the Framework For Action (FFA). The FFA, mapped out in April 2021, prioritizes manufacturing of vaccines for 22 diseases identified as critical. 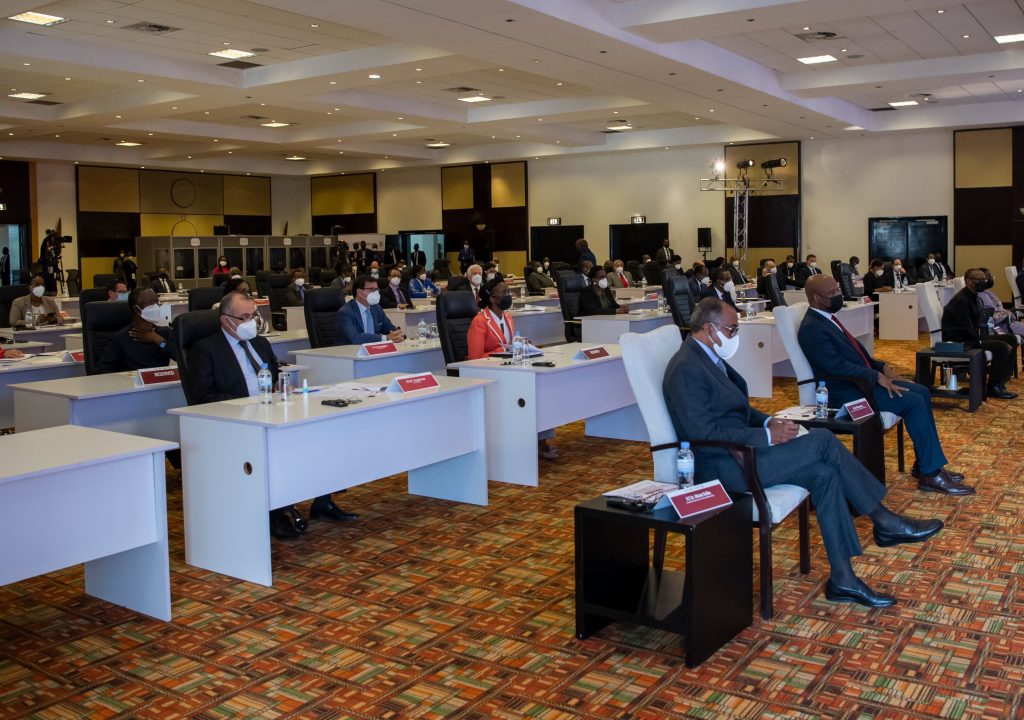