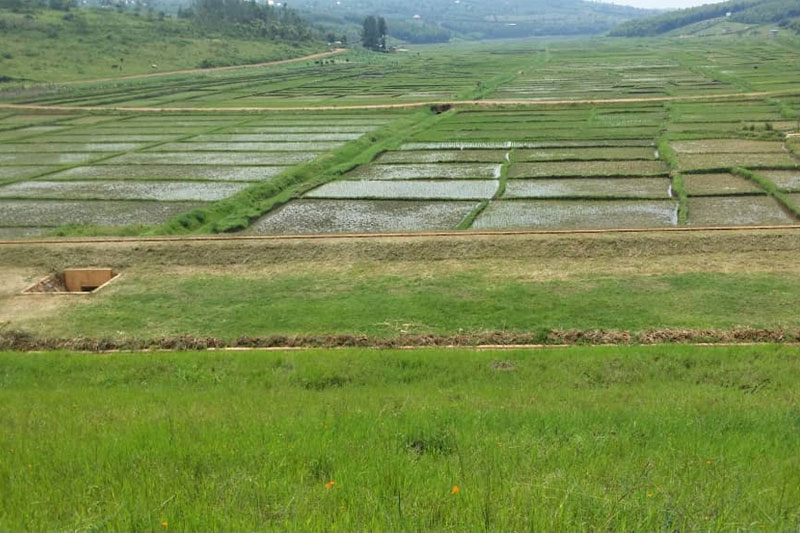 WAMCAB was launched in 2019. It involved construction of one irrigation dam and rehabilitation of other two in order to support irrigation targets in Rwanda.

The three dams are located in three different sectors including Kigabiro, Mwulire, and Rubona sectors, Rwamagana district in Eastern Province.

The dams served 340 hectares of rice and according to Agricultural officials, this increased productivity.

Dr. Charles Bucagu, Deputy Director General in charge of Agricultural Research and Technology Transfer at Rwanda Agricultural Board (RAB) said that the production has doubled from 3 tons to 6 tons of rice per hectare.

“Doubling farm yield today is a great achievement. This also means increasing profitability in agriculture. One of the important factors is farmers continuing to grow crops whether it is rainy or drought season,” Dr. Bucagu said during a visit of the dam, February 16. 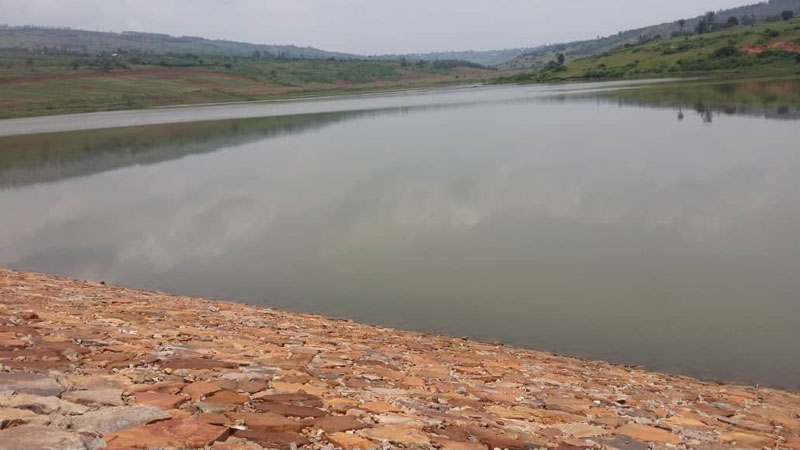 WAMCAB benefits over 1,300 farmers who grow different crops including rice, bitter berries, yams, tomatoes, among others.

Dr.  Bucagu said that the farmland has increased from 260 hectares to 340 hectares thanks to the facility.

Currently, 60,000 hectares are under irrigation out of the national irrigation potential of 600,000 hectares, according to the Ministry of Agriculture and Animal Resources.

However, the government targets to have at least 102,000 hectares under irrigation by 2024. 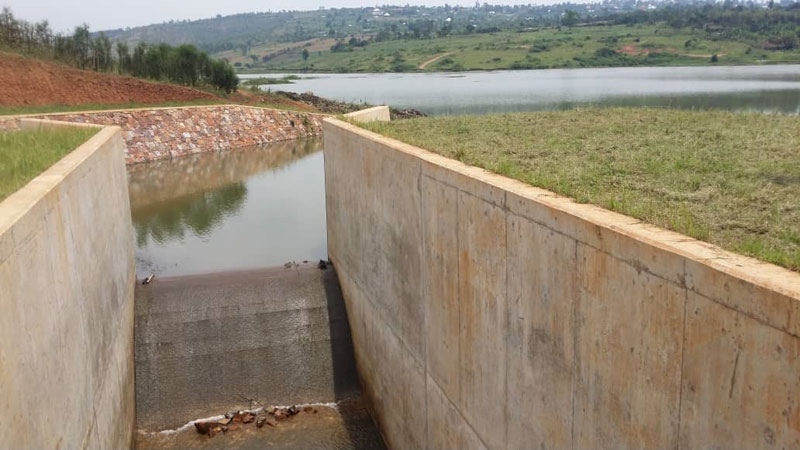 According the Mayor of Rwamagana district Rajab Mbonyumuvunyi,  the number of people using irrigation farming increased from less than 1000 to 13,000 farmers in Rwamagana.

“Without doubt, agriculture is the key sector in Rwanda’s economy. It contributed 26% of the country’s GDP in 2020, and around 70% of the working population is employed in the agriculture sector. We all agree that the key to development of the agriculture sector is improvement and productivity,” Japanese ambassador to Rwanda, Masahiro Imai said.

“It also contributes to poverty eradication. In this view, Japan provides a wide range of support, from construction of infrastructure such as irrigation facilities to technical cooperation for capacity strengthening in the area of irrigation scheme management, both of which was presented today,” Amb. Masahiro said.