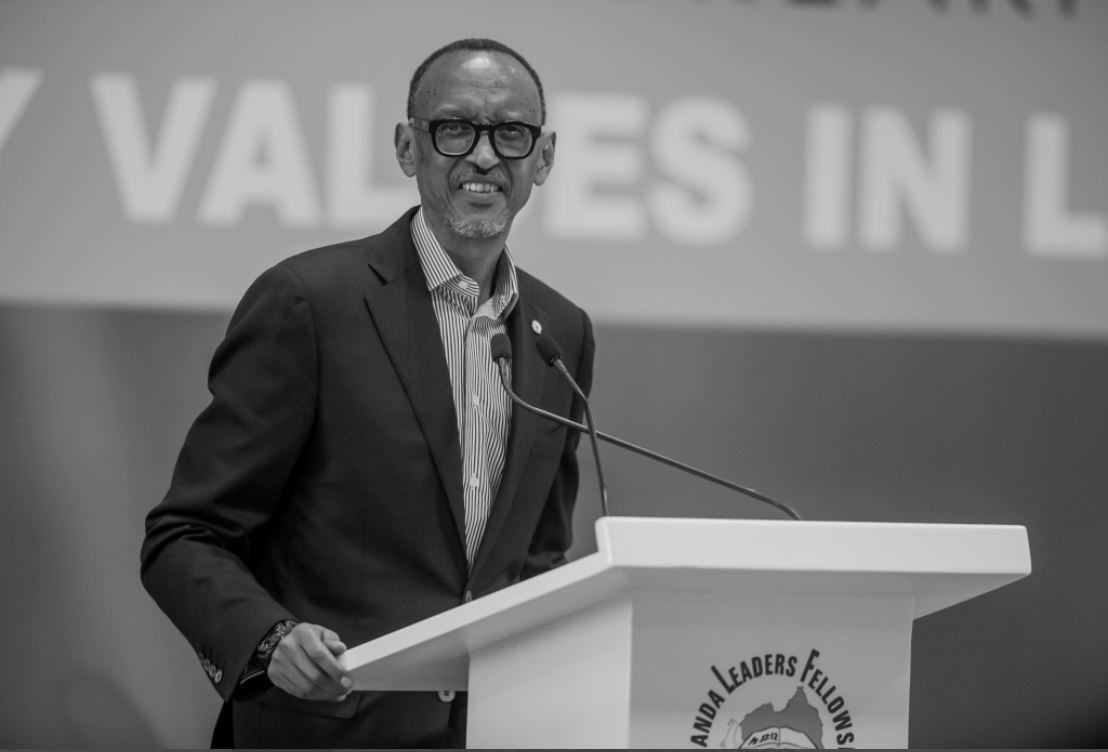 President Paul Kagame says Rwanda as a country has gone through a lot of trials and tribulations but always comes out stronger and he believes it is because of God.

The Head of State made the observation at the 27th National Prayer Breakfast which took place on Sunday, February 27, at Kigali Serena Hotel.

President Kagame kicked off his address by asking the congregation to take a moment of silence in honour of two close friends of Rwanda, American physician and philanthropist, Dr. Paul Farmer and businessman Joe Ritchie who passed on this week.

“President Kagame: I wanted us to start by taking a minute to remember two Americans who had become Rwandans, our friends Paul Farmer and Joe Ritchie. They worked alongside us for the development of our country,” President Kagame told the gathering.

He pointed out that the Covid-19 pandemic had a serious impact on the country as it did to many other countries around the world but he knew Rwanda would overcome it as it has with many other challenges in the past that sought to derail the country.

“Considering what we have gone through as a nation, I knew Rwanda would overcome this challenge as well, just as we have everything else. We have been tried and tested,”

“What we have gone through has left us resilient. Those who survived came out even stronger than they were,” President Kagame said, referencing how Rwandans take it upon themselves to find solutions even amidst heavy challenges.

Referencing an earlier sermon by Dr. David Oginde on the “Power of resilience: Sustaining leadership results in unprecedented times”, President Kagame equated Rwanda to David who faced Goliath and overcame.

President Paul Kagame and the First Lady Mrs. Jeannette Kagame pose for a group photo with members of the Rwanda Leaders Fellowship who organise the annual National Prayer Breakfast.

“If you gave our country a personality, it would be David. David confronted giants who wanted him dead and he knocked them over. You can see the similarities with our country,”

“God does not fail us- he gives us gifts and we are the ones who fail. As Rwanda, we should not fail ourselves,” President Kagame said.

President Kagame added that Rwandans and Africans need to believe in themselves to be the ones to define their destiny through deliberate choices.

“We also have to have confidence in ourselves. What don’t we have as Rwandans, or Africans, I sometimes wonder, Africans how can we always be the bad example, the example of what is wrong, or does not work? Where do things fail?” he wondered.

He challenged leaders to set the tempo by leading by example and remaining humble.

“You cannot lead unless you lead by example. For leaders, humility is essential for many reasons. We have to be the example that people can emulate,”

“What has Rwanda not seen or experienced? There are no attacks we have not faced, sometimes from the whole world. We should draw strength and lessons from it, that enable us to move even faster towards our goals,” the Head of State said.

He observed that leadership is forged in hardships and through addressing challenges that need to be solved, regardless of other limitations.

“When you think again and ask how did an individual succeed where others did not. 50% can be attributed to the individual but the other 50% is from God,”

“You go to war, you fight battles, and others who are as brave as you do not make it out. They die on the battlefield. You ask yourself why did I survive. How come I was able to survive the battlefield?” he pointed out.

“You can’t find an answer because you are not the one who gives yourself the gift of life. What allows you to come back is that mystery of God. You can say you were lucky, but the reality is: it is thanks to God,” President Kagame added.

Musoni Re-Elected At the Helm of Pan African Mouvement -Rwanda