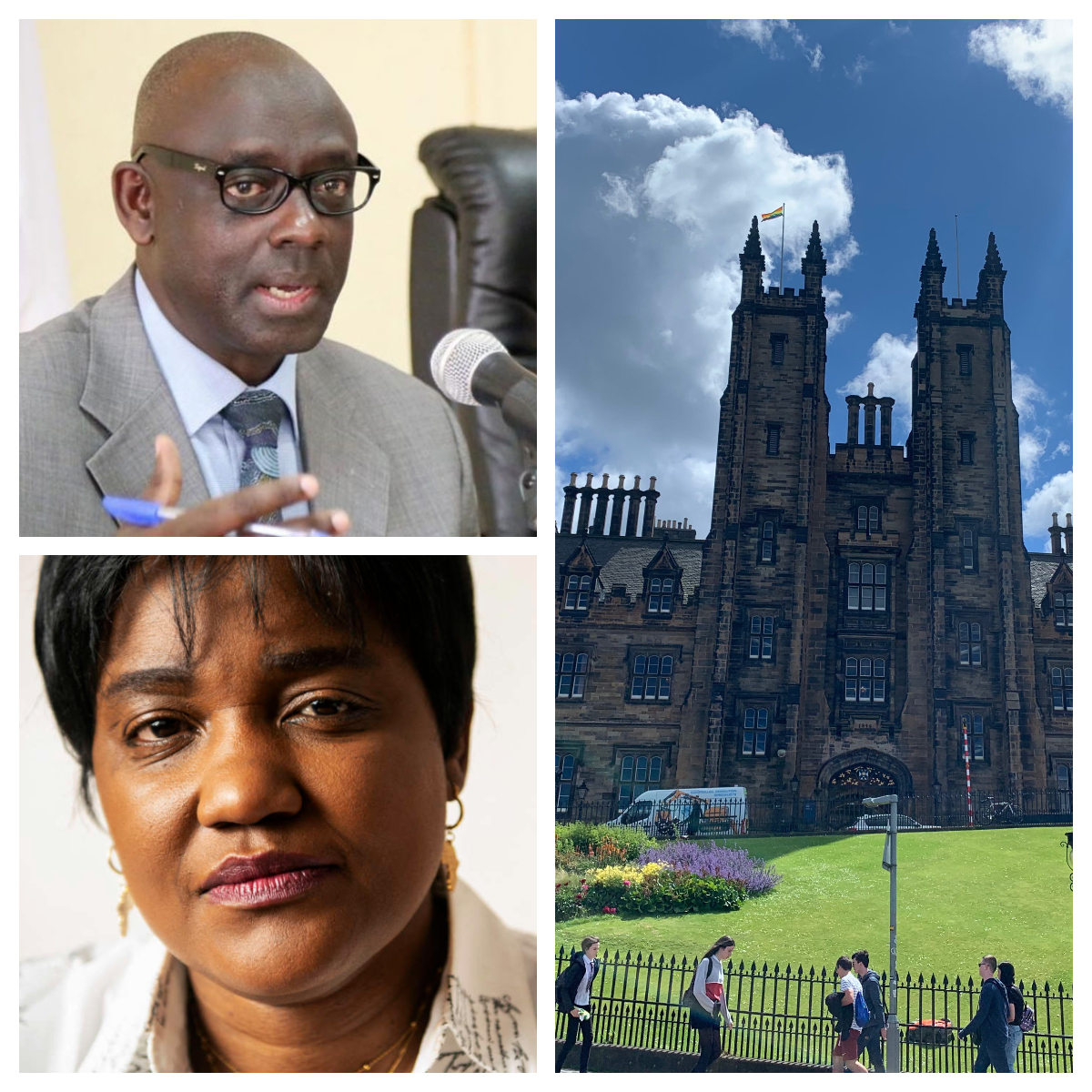 The Rwandan High Commission in the United Kingdom has petitioned the University of Edinburgh to distance itself from the Rector Debora Kayembe, who recently infuriated many with tweets which many saw as blatant denial of the 1994 Genocide against the Tutsi.

Kayembe in a tweet espoused the double genocide theory by claiming that the genocide was orchestrated by President Paul Kagame, a comment that infuriated many, especially coming at a time the country was commemorating 28 years after the 1994 Genocide against.

Rwanda’s High Commissioner to the UK, Johnston Busingye, on Friday wrote an official letter to the Principal of the Scottish university Prof. Peter Mathieson, condemning the Genocide denial and misinformation exhibited by Kayembe.

“I am writing in reference to recent social media posts shared by the Rector of the University of Edinburgh Debora Kayembe. After the first Tweet on 14th April was deleted, Ms Kayembe sent a second Tweet on 19th April which reasserted the statement shared in the first,”

“Today an apology Tweet has been sent which neither apologises nor withdraws the comments but rather states the opinions are not that of the University but are Ms Kayembe’s own personal opinions,”

“She realises her comments were hurtful and disrespectful without acknowledging why. Strangely she addresses all Rwandans and then adds the Tutsi Community around the world,” Busingye wrote.

Busingye further said that Rwanda took note of the two online responses from the University that the statements are Kayembe’s personal opinion.

Rwanda’s envoy emphasised that on a public platform, personal opinion does not constitute a carte blanche, particularly when the opinions shared are blatantly denying Genocide and spreading misinformation.

“If similar views on the planning and execution of the Holocaust were expressed, personal opinion would not be a sufficient excuse, and the University would be prompted to intervene,”

“The University of Edinburgh rightfully has a prestigious reputation, one of influence and thought leadership since 1583,”

“On Ms Kayembe’s profile, the biography is clearly associated with the University and in the eyes of Rwandans and all who have read her outrageous statements there is no distinction between the views of the individual and the respected office she holds,”

“Her reach and influence inevitably derive from her position at the University of Edinburgh, which intentionally or not, provides her with a platform that she is now abusing,” the letter reads.

Ambassador Busingye said that the statements shared by Kayembe are wildly untrue and reference certain documentation which is not existent.

“President Kagame led the Rwanda Patriotic Army which liberated the country from the regime that planned and carried out the Genocide,”

“The statements made by Ms. Kayembe constitute genocide denial and revisionism and are offensive to Rwandans around the world and deeply painful to the survivors of the Genocide against the Tutsi,” Busingye said.

In the letter Busingye gave a detailed account of the Genocide, pointing out that statements made by Kayembe did not only anger Rwandans and friends of Rwanda but they also want the university to disassociate itself from her.

They also want the university to take action and ensure that Kayembe does not impart her repugnant ideas on the University and student community.

“I feel obliged to contact you in this regard. Statements such as those shared by Ms Kayembe fuel genocide deniers and the genocide perpetrators who remain at large. The statements deny historical fact, create confusion, and permit the genocide ideology and ethnic division to live on,”

“We are concerned that radical statements such as the ones we are impugning are emanating from an elected official who has a senior role on the decision-making body of the University and is a point of contact for the student body,” Amb. Busingye wrote. 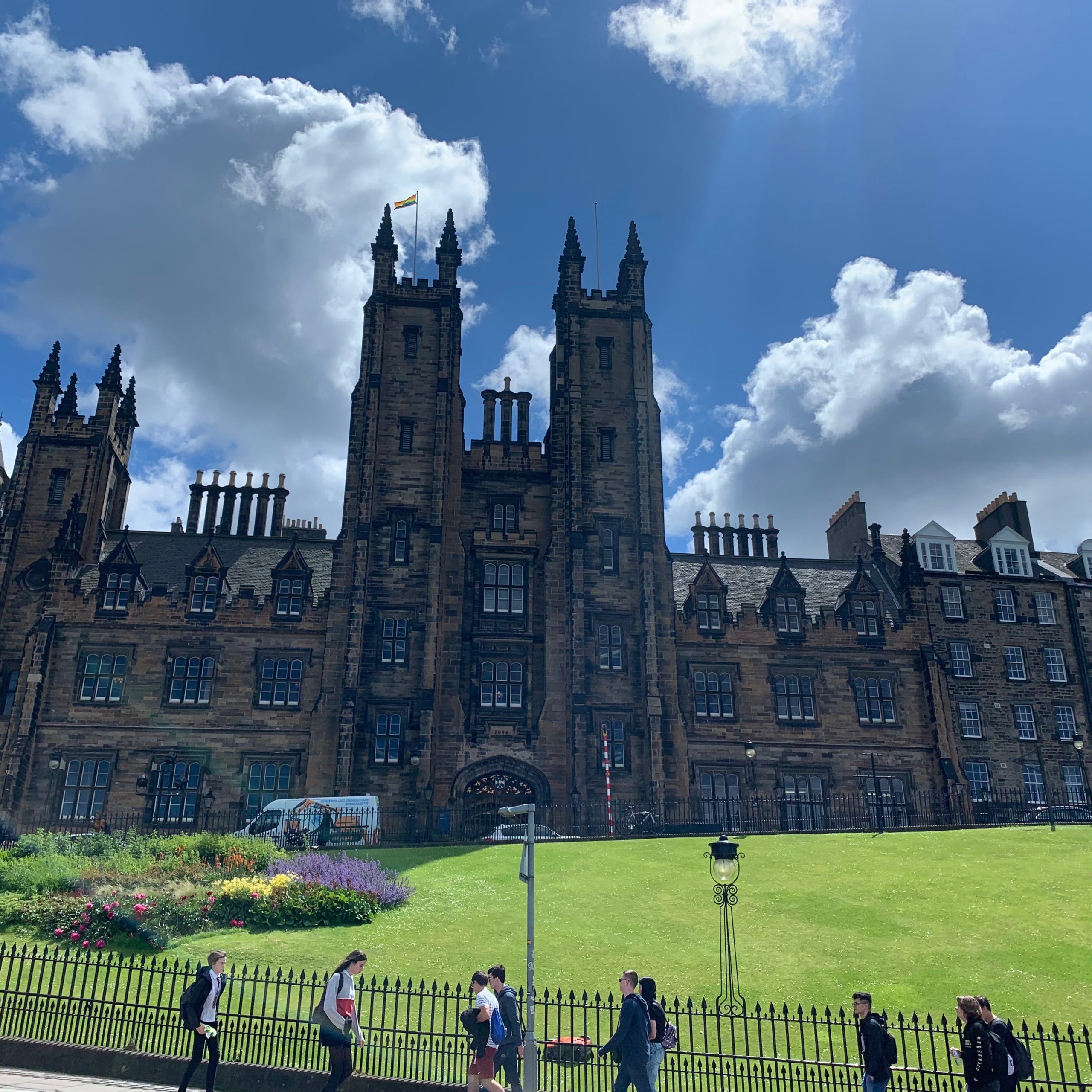 The University of Edinburgh has come under fire to act on the Rector Kayembe over genocide denial.

Busingye further argued that Kayembe is grossly abusing her position by using the influence she possesses to cast doubt and cause confusion around the Genocide against the Tutsi, thereby denying it with no sensitivity, no reflection and no decency.

“Debora Kayembe is commenting in a personal capacity and not in her position as Rector. The role of Rector is largely a ceremonial one, open to election by, and often working closely with, staff and students.” The University of Edinburgh tweeted

But as more people demanded action and the hashtags #KayembeResign and #KayembeMustResign started trending, the renowned research university changed its position in a statement released on the matter.

“We do not share Debora Kayembe’s views, which were made in a personal capacity. The University of Edinburgh- in step with the UN, multinational organisations, and nations all over the world- acknowledges the Genocide against the Tutsi as one of the most appalling crimes against humanity, and rejects outright the notion that the Rwandan government and its sitting President are responsible.”

“At this moment of Kwibuka commemorations in Rwanda, the University stands with the Rwandan people in its remembrance of those who have been lost. The Rector is not the leader of the University. The role of the Rector in our University is largely a ceremonial one.” The statement read.

However, many urged the university to take more action and distance itself from Kayembe, who also later issued an apology to President Kagame and all Rwanda.

“To all Rwandans, President Kagame, and the Tutsi community around the world. I realised my comments were hurtful and disrespectful to you. Those were not the university’s but my own views. My sincere apologies. Amahoro ( peace),” she tweeted.

Miss Naomi Could Be in Love