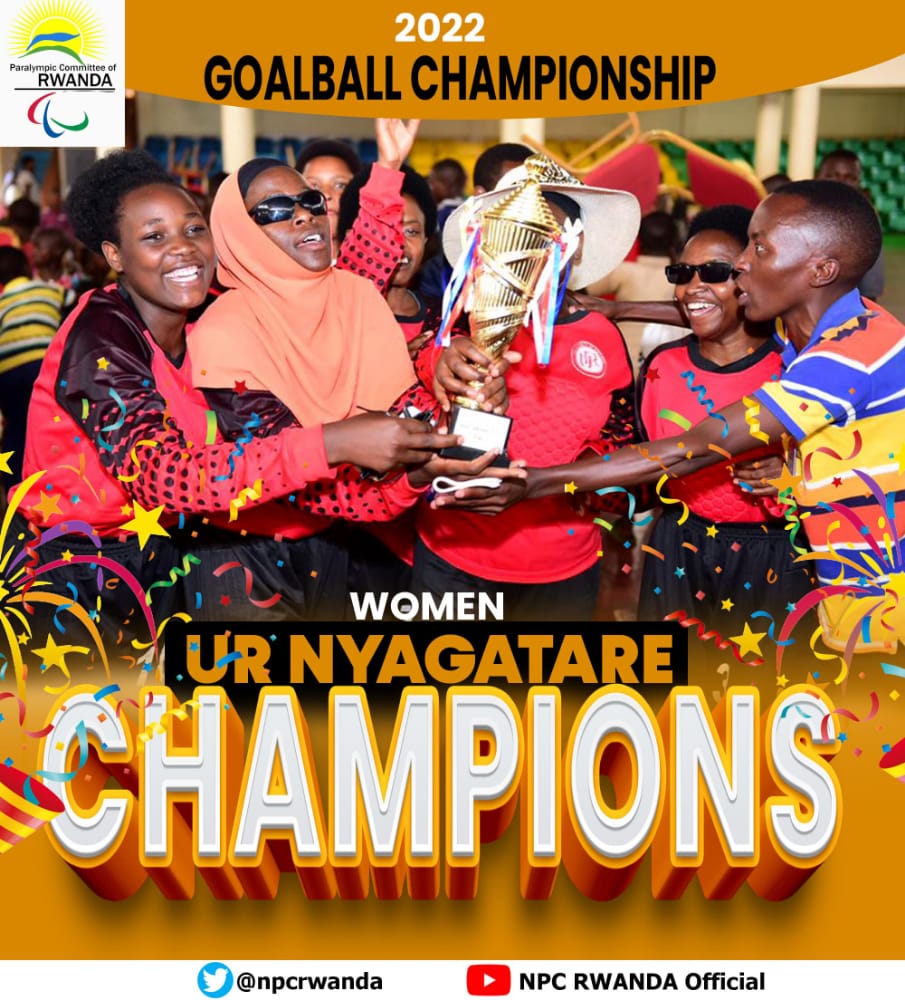 Rwamagana goal ball club and UR-Nyagatare are the Rwanda goal ball championship’s champions after ending their season as the table leaders.

The final phase of 2022 goal ball championship games were played in Gisagara district in Southern province this Sunday of 22nd May.

They were ended with the victory of Rwamagana and UR-Nyagatare in women category even if Rwamagana lost their last game against the host Gisagara on 13-5, the former had most goals in hand than the later.

UR-Nyagatare goal ball club  who are also champions of  the 2014 championship  this year were also crowned the champions following their great performance in this season where they collected 18 points as the first on the 7-team league table.

The championship lasted about 4 months as it kicked off in the beginning of  February this year. It was played in four rounds (phases), with 13 teams participating in the men’s and 7 women’s teams.