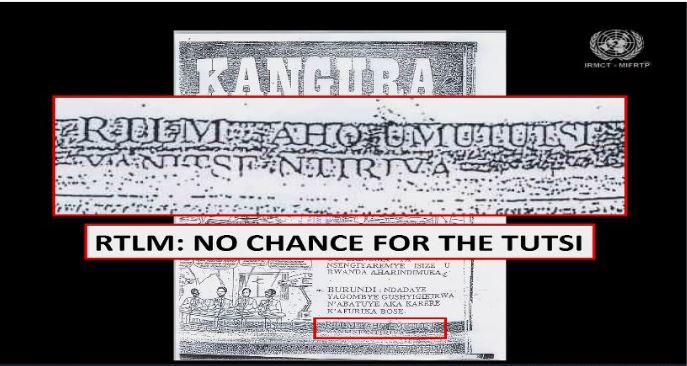 All this, Prosecution said yesterday was done within his political and financial influence as a businessman, friend and in-law of the former President Juvenal Habyarimana and as founder and owner of the infamous Comité d’Initiative de la Radio Télévision Libre des Milles Collines (RTLM) .

The defense hearing kicked off this morning September 30, 2022 at the IRMCT courtroom in The Hague with Kabuga’s defense attorney trashing prosecution statements and evidence built around Kabuga’s case (file MICT-13-38-T).

Defense said that they owe the truth to the victims but Kabuga being a rich man, who come from a humble background as a farmer’s child to selling second hand clothes and owning a radio station with 49 other Rwandans doesn’t have anything to do with genocide crimes.

“Court needs to look at reality in the eyes and to do away with prejudice presented against Kabuga even when it is a difficult and painful task,” Defense said.

Defense questioned how Kabuga’s owning a radio station (wich had many shareholders) could be evidence for conspiracy yet creating the station was in line with democratizing the country which was becoming multiparty politically. 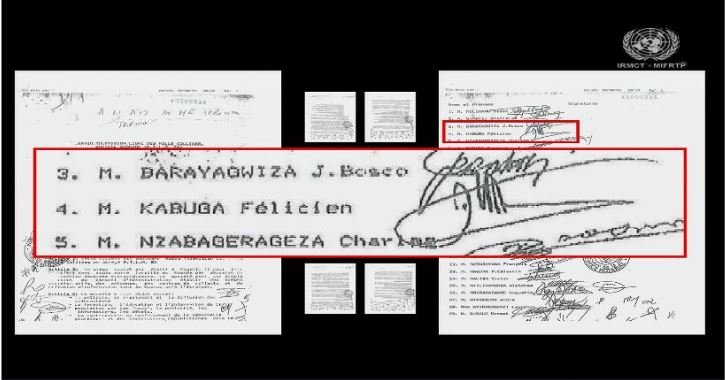 The defense said the radio had many shows including music and entertainment and this was loved by many and voicing unpopular views of a country under attack was a job done to mobilize citizens to take action as it would be in any case elsewhere.

Defense refuted prosecution allegations that the RTLM was formed as a result of Kabuga’s hatred for Tutsi and that its propaganda was no different from that of the RPF owned radio Muhabura.

The prosecutor had earlier showed that Kabuga as a wealthy influential person who didn’t need to pick a machete or gun to kill but used his influence and radio (radio RTLM) to call for killings and funding to finance training and equip militias to do the job.

Prosecution had also presented evidence of RTLM Kanguka (anti-Tutsi) publications and references saying for example: “No Chance for the Tutsi”, “Kill and send them back to Abyssinia where they came from, and referring to Tutsi as Cockroaches and dangerous snakes that need to be killed.

The defense said that prosecution statements are built on two weak pillars- one on what happened in Rwanda in 1994 and takes it for granted to do so without providing demonstration, the second one is weak evidence despite years of collecting- it was based on hear say and baseless circumstances.

Defense said one witness is not enough and having 395 footnotes refer to only one source either documentary or testimonial means footnotes in the statements are un-collaborated and it is problematic cause for finding evidence before reasonable doubt.

Presiding Judge Iain Bonomy said the court will next week (October 5) listen to testimonies of witnesses starting with witness number 5 but asked that measures of protecting voice, face and names should be considered highly.