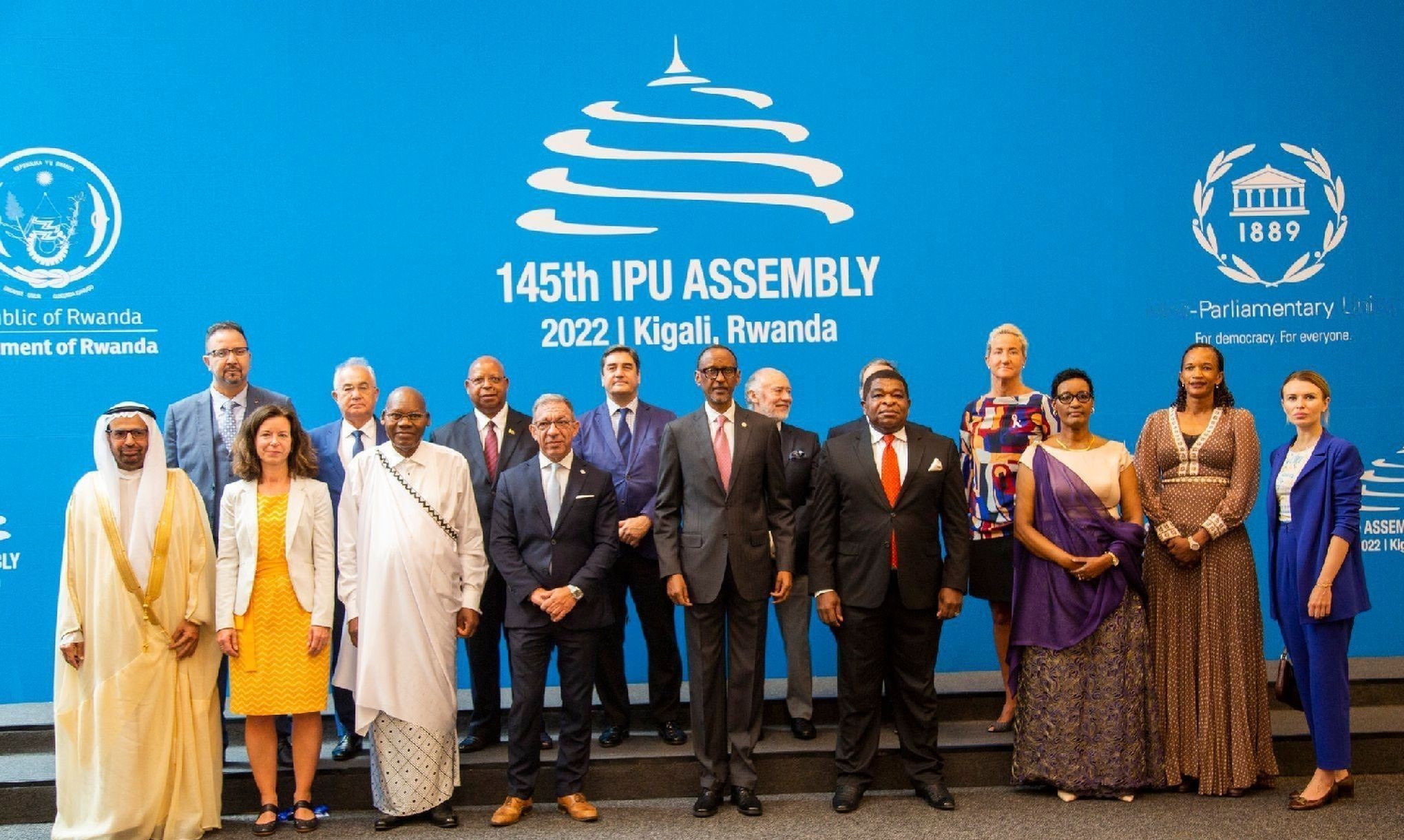 President Kagame officiated at the opening of the 145th IPU Assembly.

President Paul Kagame has opened the 145th Inter-Parliament Union (IPU) in Kigali this Tuesday calling on lawmakers to make a difference in achieving gender equality and ending genocide ideology through collaboration.

Kagame said that though Rwanda has made progress in bridging the gender gap, gender inequality is a shared responsibility and men have a duty to speak up and not just be bystanders.

“All over the world, parliaments exist to protect the interest of citizens. This objective cannot be met without before and active participation of women in our parliament’s, especially in leadership positions,” Kagame said.

Kagame said that gender equality is better achieved when there is acknowledgement that it is a right for anyone everywhere and that women are the backbone of resilient and peaceful societies. 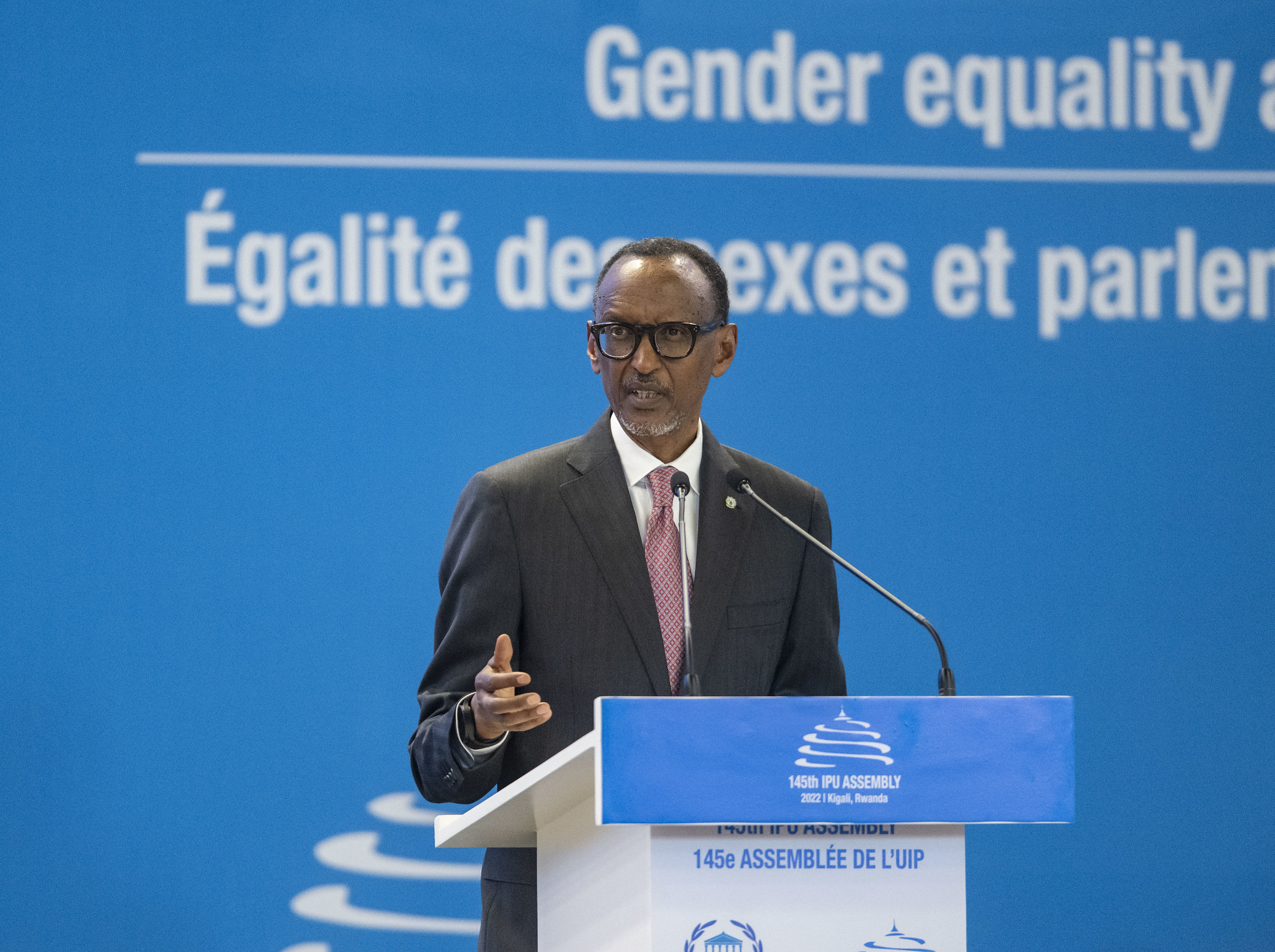 For instance, he said in Rwanda, women played a critical role in the Liberation struggle, remain a fundamental part of transformation journey with the many participating in peacekeeping operations across the African continent.

Currently Rwanda is doing well on implementation of gender policies with women’s parliament representation now at 60% in the Chamber of Deputies and 39% in Senate and has made progress in women empowerment in leadership roles at the grassroots, education, business, sciences and ICT among others.

Kagame said that despite steady gains inequality between women and men continues to be widespread and that setting quarters takes us a step closer to equal representation but this does not address the full spectrum of inequalities in society at large.

To put context, Kagame said that there are no quick fix solutions to build inclusive communities but emphasis on implementation and results is needed.

“One thing, however, is a certain. The fight against gender inequality is a shared responsibility and men have a duty to speak up and not just be bystanders,” he stated adding that this is particularly important to combat the negative perceptions of some men who sustain the status quo.

Kagame lamented the fact that genocide denial under revisionism are fast becoming a growing threat to peace and security globally of which social media is partly responsible, but with the fact that hate speech and the misinformation have existed for a long time. 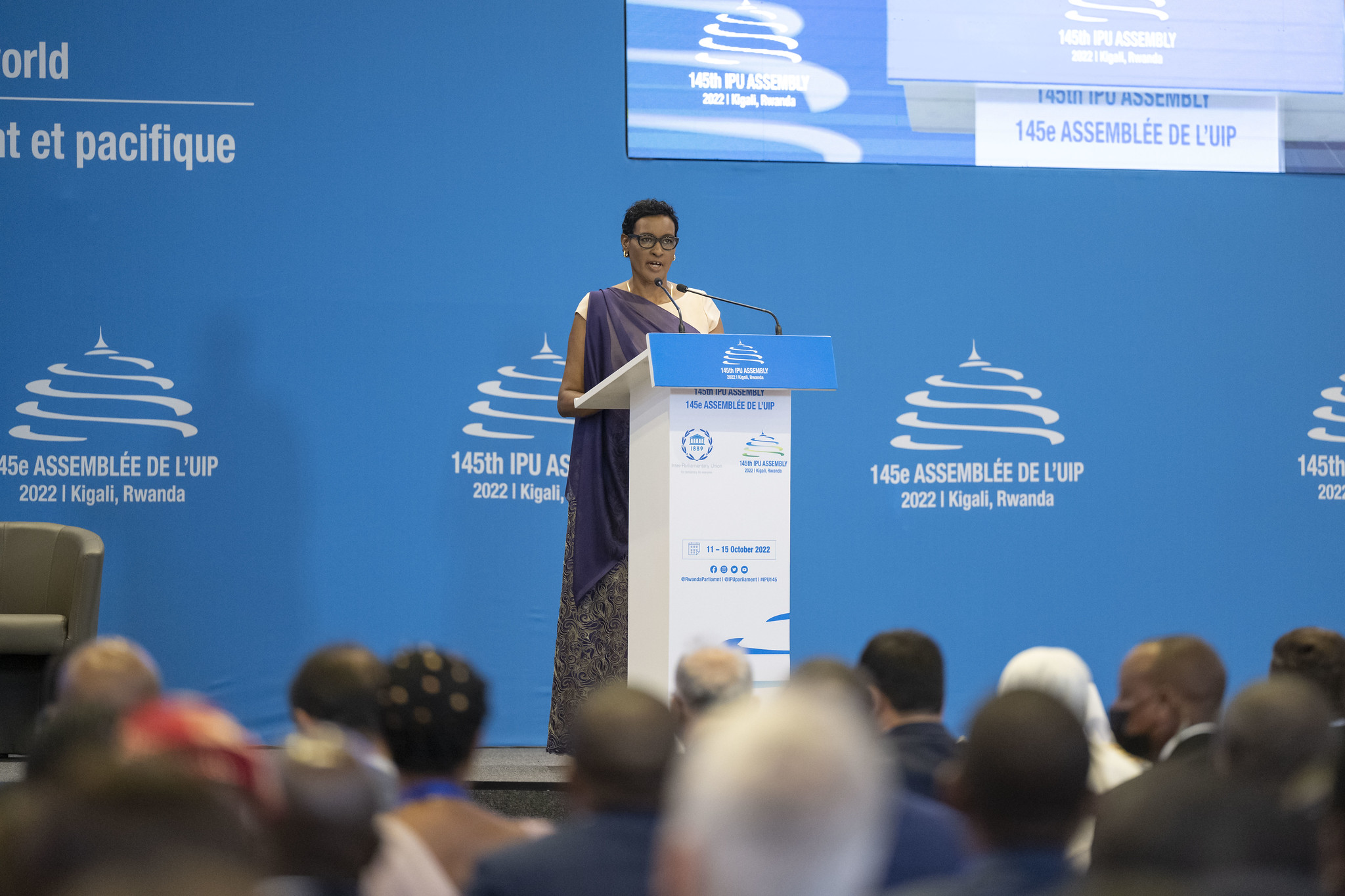 The Speaker of the Chamber of Deputies, Donatille Mukabarisa addresses the assembly.

To deal with this, he said that collaboration between parliaments is needed to deal with all of these challenges to criminalize all forms of dehumanization and racism worldwide.

On the topical issues selected for discussion at the IPU- Peace, Democracy and Cooperation; Kagame said these are very important and no individual country, no region and no part of this world that can claim to have it all therefore suggesting that it starts with walking on democracy, walking for peace.

“If we don’t do it through cooperation, I don’t think we can achieve anything,” Kagame said noting that this because problems that affect peace are seen in some in some parts of Africa and across the world thus a need to work together. 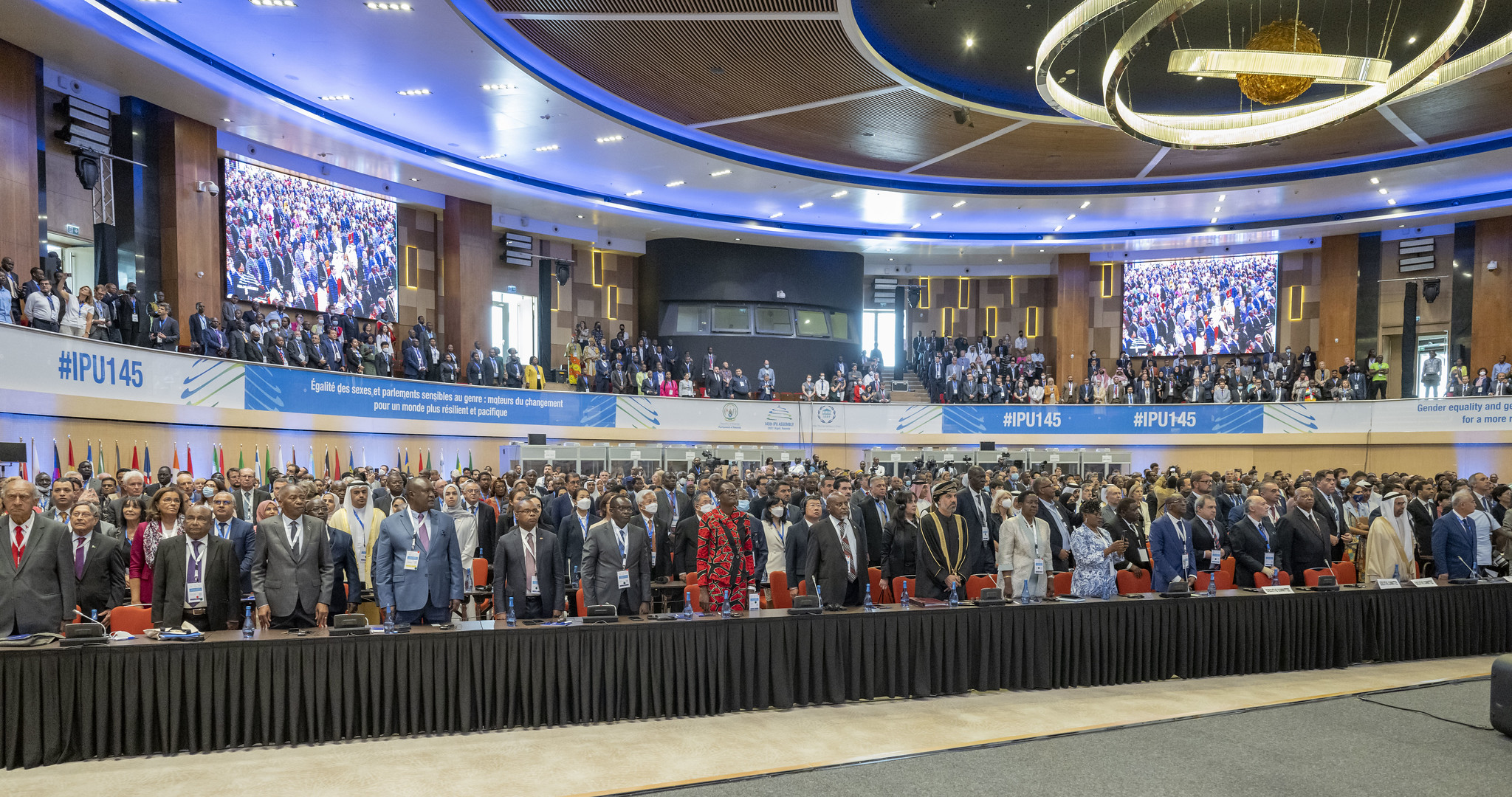 “I think we need to work together more and more, and not have people who assume that they have it all and they can tell others what they should be doing. It doesn’t work like that. It’s not the reality of this world believe in all of us,” Kagame said.

Kagame asked the IPU to consider solidarity in the fight against genocide ideology not only through enacting laws but recognition of shared humanity, for the betterment of societies and the protection of future generations.

“I hope you will take this message with you in your discussions, in the coming days and then you are they work as we strive to work together all the time,” Kagame said. 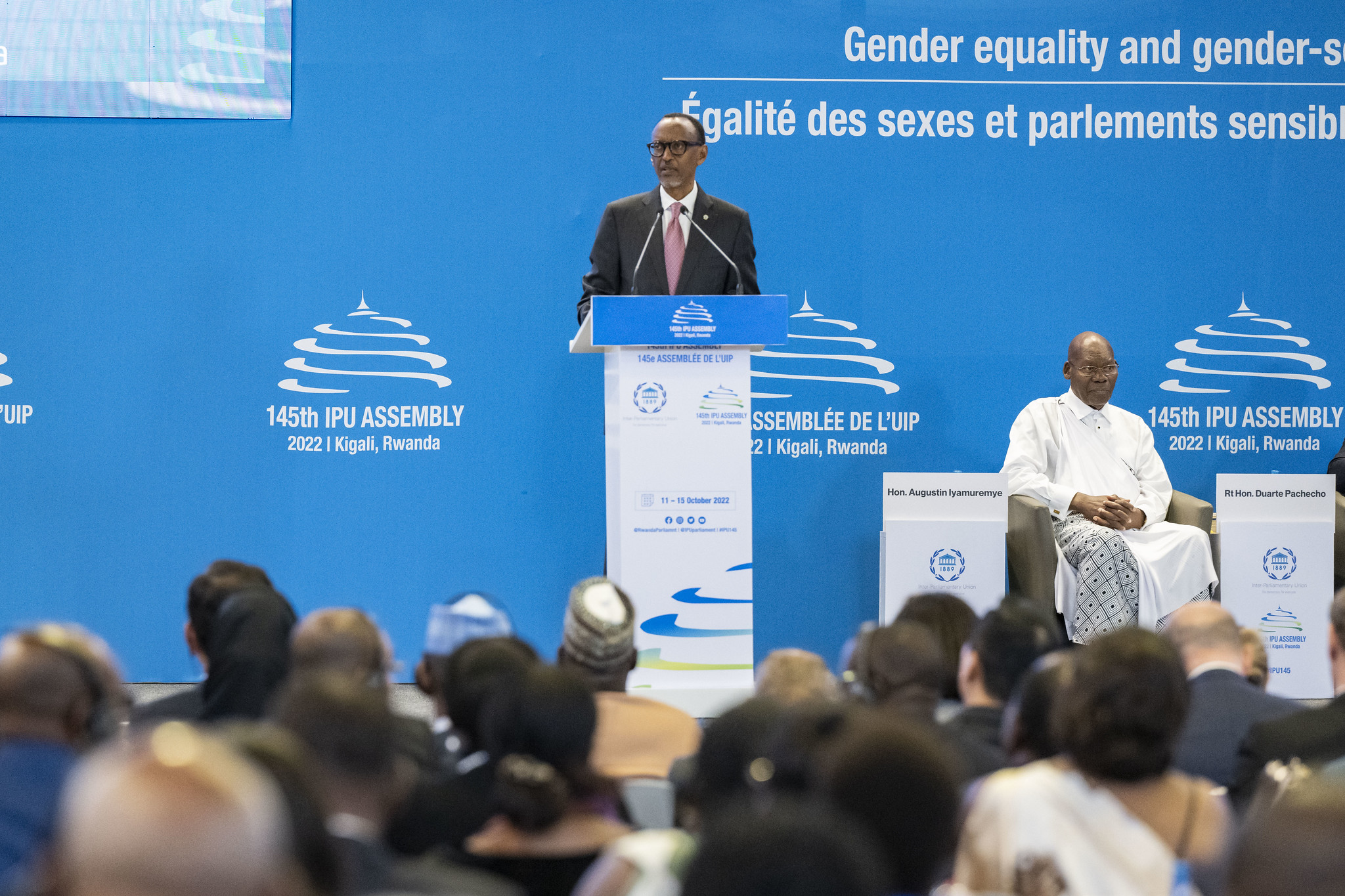 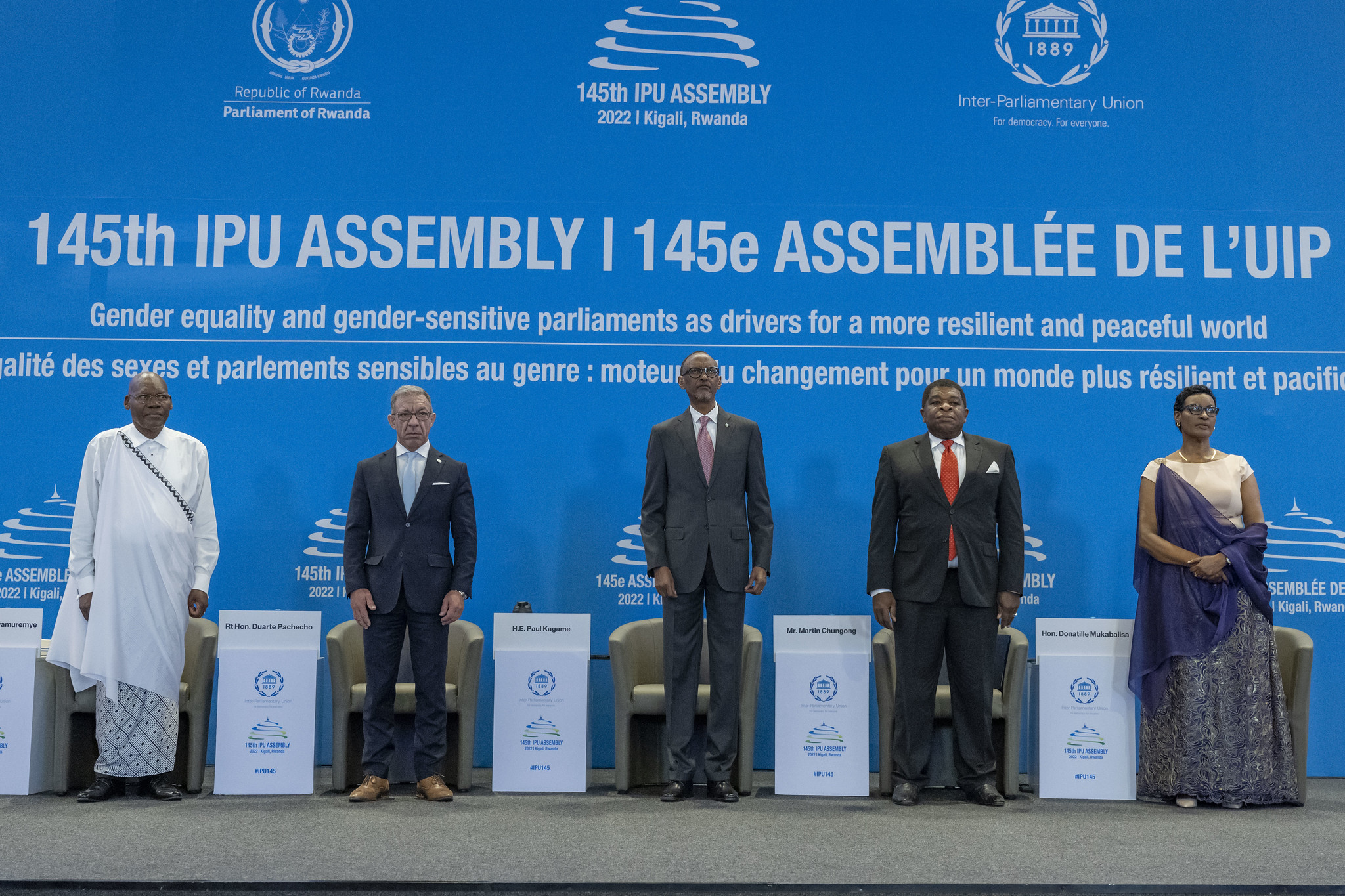 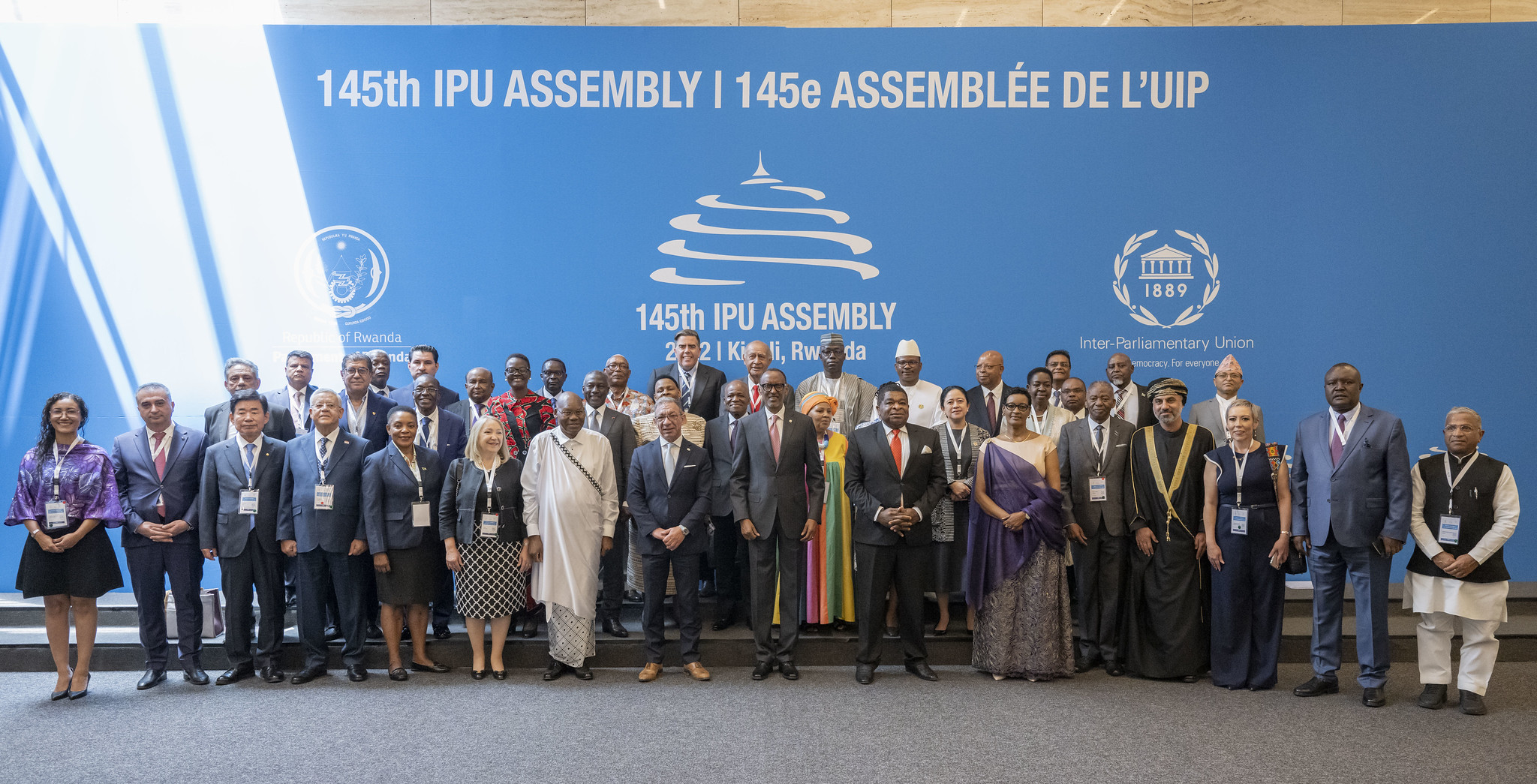 World Mental Health Day, A Reminder To Lend A Sympathetic Ear To One Another