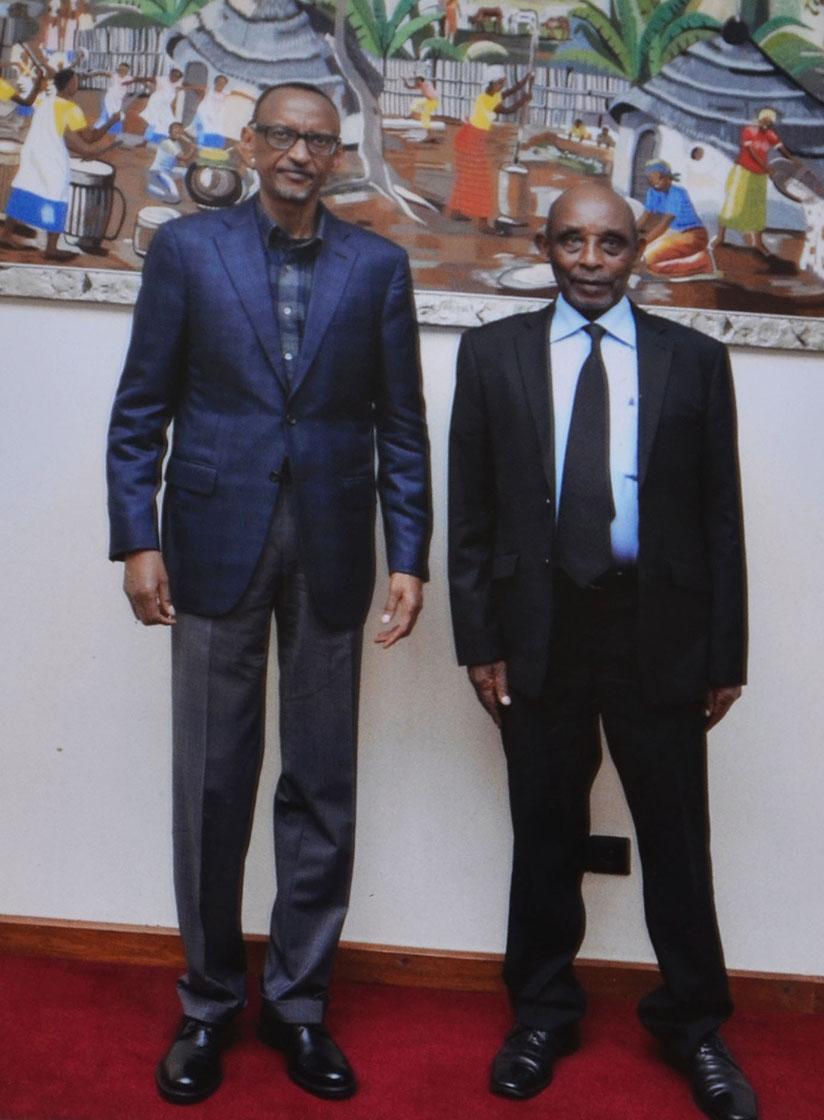 Augustin Nyabutsitsi, one of the former teachers who taught President Paul Kagame in primary school, has passed away at the age of 79, due to illness, reports indicate.

Nyabutsitsi taught Kagame in primary six and seven between 1967 and 1968 at Rwengoro Primary School, located in a refugee camp in Uganda, where both were living as refugees at the time.

According to family sources, the celebrated teacher died early Tuesday morning, November 8 at King Faisal Hospital in Kigali, where he had been undergoing treatment.

The deceased was living in Kinyinya, a Kigali suburb, in a house bought for him by President Kagame as a reward for his outstanding contribution to his life and the education system in Rwanda.

Nyabutsitsi passes on after managing to celebrate Kagame’s 65th Birthday recently, a moment in which the teacher managed to re-echo his gratitude to and knowing President Paul Kagame as a child.

In a recorded video message, Nyabutsitsi said that at the occasion he recalled the determined heart of Paul Kagame as a child.

“You were so young, calm and intelligent in class, always wanting to make things right and even today I see the same passion in the meetings you attend,” Nyabutsitsi said in a twitter video dabbed by Dr. Vedaste Shyaka.