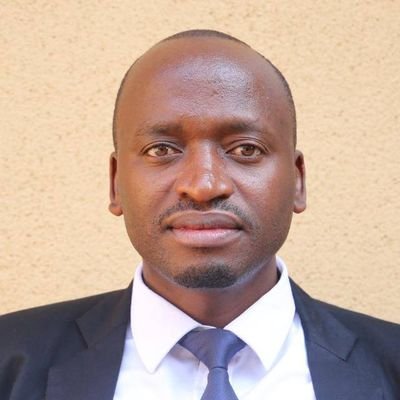 Former Member of Parliament, Gamariel Mbonimana has announced a personal commitment to go alcohol-free after losing his seat following a drunk-driving scandal that led to him resigning from the Lower Chamber of Deputies.

Dr. Mbonimana, a member of the Liberal Party (PL), resigned Monday for personal reasons after he was linked to President Kagame criticism of some individuals who use their authority to break the law, citing a certain MP who has been caught drunk driving several times and let off the hook by Police.

On Tuesday, Dr. Mbonimana admitted on Twitter that he was caught drug driving and said that after reviewing his conduct, he made a decision to quit drinking and apologised to President Kagame and Rwandans in general for his transgressions.

“From the bottom of my heart, I sincerely apologise to the President and all people of Rwanda. I committed a drunk-driving offence. I have decided not to drink anymore. Listen to my plea. I am ready to fulfill any other duties that you may entrust me with,” Mbonimana tweeted, tagging President Kagame.

It is the first time Mbonimana had openly tweeted about the issue which President Kagame highlighted on Saturday, November 12, while addressing the closing day of the 15th Annual Forum of Unity Club. 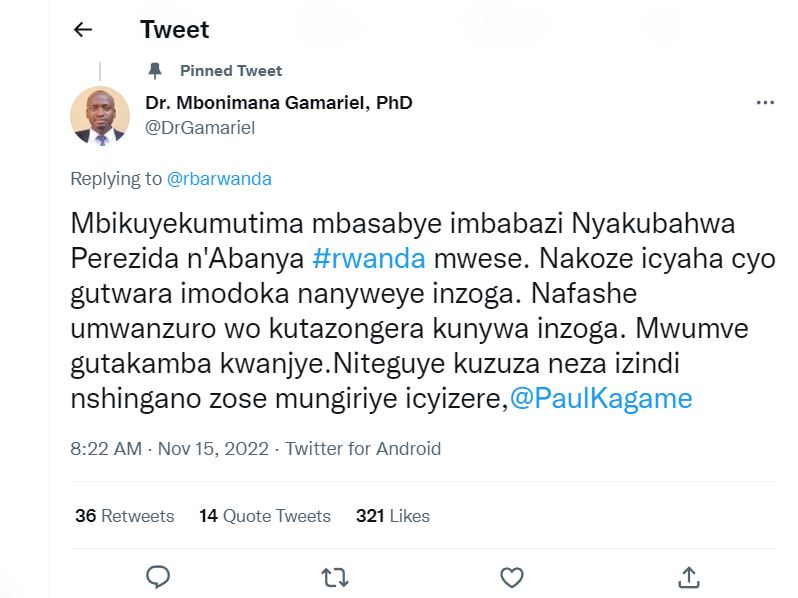 Mbonimana’s tweet attracted attention and mixed feelings on social media with many Rwandans saying that the former MP has taken a good choice towards changing his lifestyle.

However, others said that instead of seeking forgiveness Mbonimana should try his chances elsewhere by creating an occupation for himself.

“We forgive you, but first, spend some time thinking about it. See what the alcohol has done for you. If you find nothing, immediately accept Jesus as the Lord and savior of your soul. As for the other companies, even if they don’t give it to you, I think you’ve already got the capital, so how do you work? It doesn’t matter” one Evangelist Rugwiza Jean Pierre Iradukunda said.

“Well, no one has stopped you from drinking. We all drink but if you find a driver (designated) and after work drink responsibly then life goes on” one tweep (FabPhoto) said.

Majority of the social media users however, said that the act of seeking forgiveness is a bold one and hopefully the pardon will be granted by the President.

“We have forgiven you and our parent- H.E (His Excellence) is also open handed” said one Janvier Ndicungu.

His party speaks out

Dr. Mbonimana’s party, PL, also apologised to the public for the conduct of their MP, who they said they had no knowledge he consumes alcohol. Member of Parliament Théogène Munyangeyo, who is also the vice president of PL said while appearing on Rwanda Television that they did not know he consumes alcohol.

“Sometimes we have social events at the party level and he only drinks soda and water. At one time I had to beg him to take a small amount but he refused. We were also shocked to learn that he drinks alcohol,” Munyangeyo said, adding that there were discussions at the party level to discuss the matter, during which it was agreed that they apologise to the general public.

With less than 10 months left to the next Parliamentary elections, Mbonimana will not be replaced in parliament, as it would have been, according to the law.

Rwanda to Regain Full Control of Its Airspace