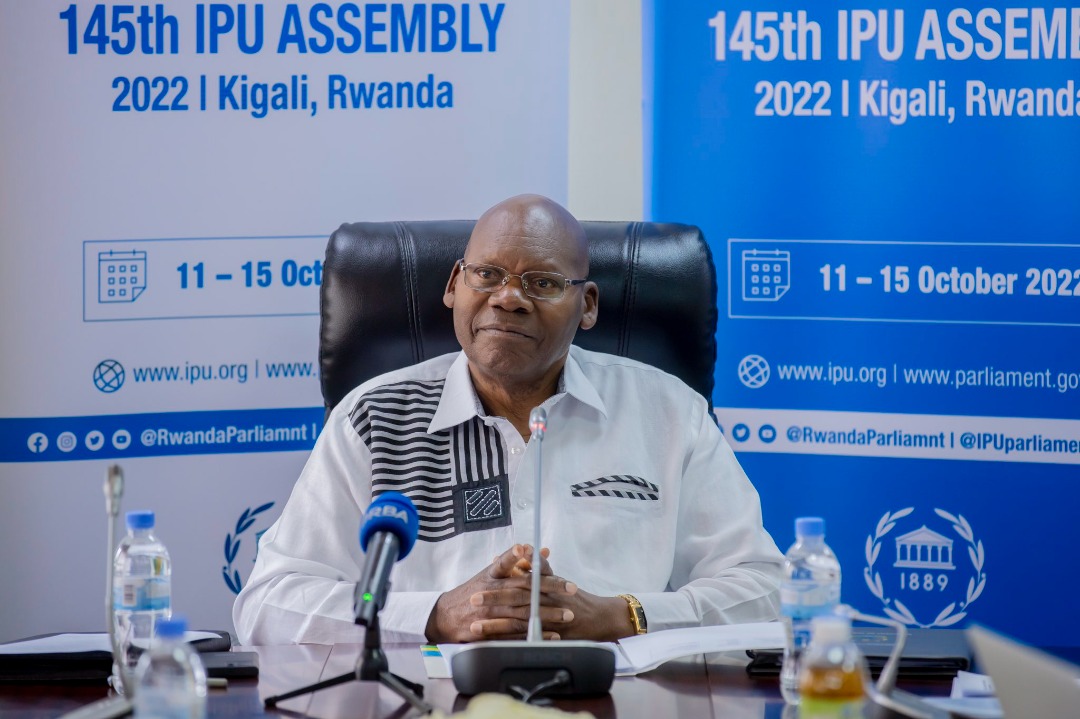 The Rwandan Parliament has said that Rwandans will benefit a lot from the 145th Inter Parliamentary Union which will kick off in Kigali this Tuesday.

Senate President Dr. Augustin Iyamuremye said that Rwanda will learn a great deal from the meeting but also have an opportunity to politically benefit from hosting the 2022 IPU assembly.

“Hosting this meeting has political benefits for Rwanda. The benefits here are not about money but the real image of Rwanda,” Iyamuremye said.

“The visiting delegates will be the ones to tell our story and talk about what they saw here on ground but of course not create unrealistic stories about Rwanda,” the Senate president said during a press briefing this October 10, 2022.

Iyamuremye also hinted on the economic benefits of hosting the IPU, saying that tourism and hospitality sectors will also benefit but the most important aspect is the image of the country, which cannot be valued in money invested in hosting the event.

The overall theme of the Assembly is “Gender equality and gender-sensitive parliaments as drivers of change for a more resilient and peaceful world”.

The IPU will facilitate exchanges on good practices to make parliaments more gender-sensitive as well as encouraging parliaments to pledge transformative action.

Currently Rwanda is doing well on implementation of gender policies with women’s parliamentary representation now at 60% in the Chamber of Deputies and 39% in the Senate. 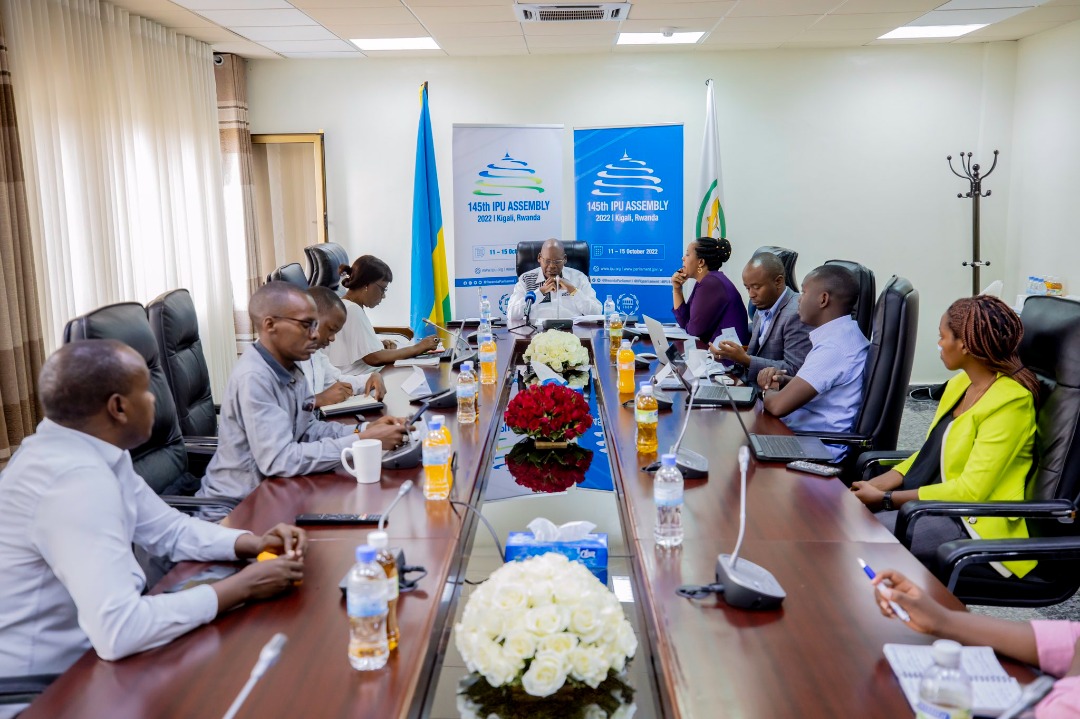 Dr. Iyamuremye addressing a press conference ahead of the IPU Assembly.

Iyamuremye said that other countries are closing the gender gap and that they could have learnt from Rwanda but the objective should be that all close the gender gaps.

“We are proud to be on top of others in gender equality but we still have a lot to learn from others for example in ICT and parliament activities,” he said.

Esperance Nyirasafari, the Deputy Speaker of the Senate and IPU representative in Rwanda said that the number of women in parliament globally is still small at 26% and there is need to discuss this at IPU 2022.

Nyirasafari also said Rwanda has made progress in women empowerment in leadership, education, business, sciences and ICT but there are still challenges to present or share with others to learn from those who managed to deal with it

“We will also share progress of youth engagement in development how the youth council works and the youth leadership academy that shapes future leaders but also learn from others,” Nyirasafari said. 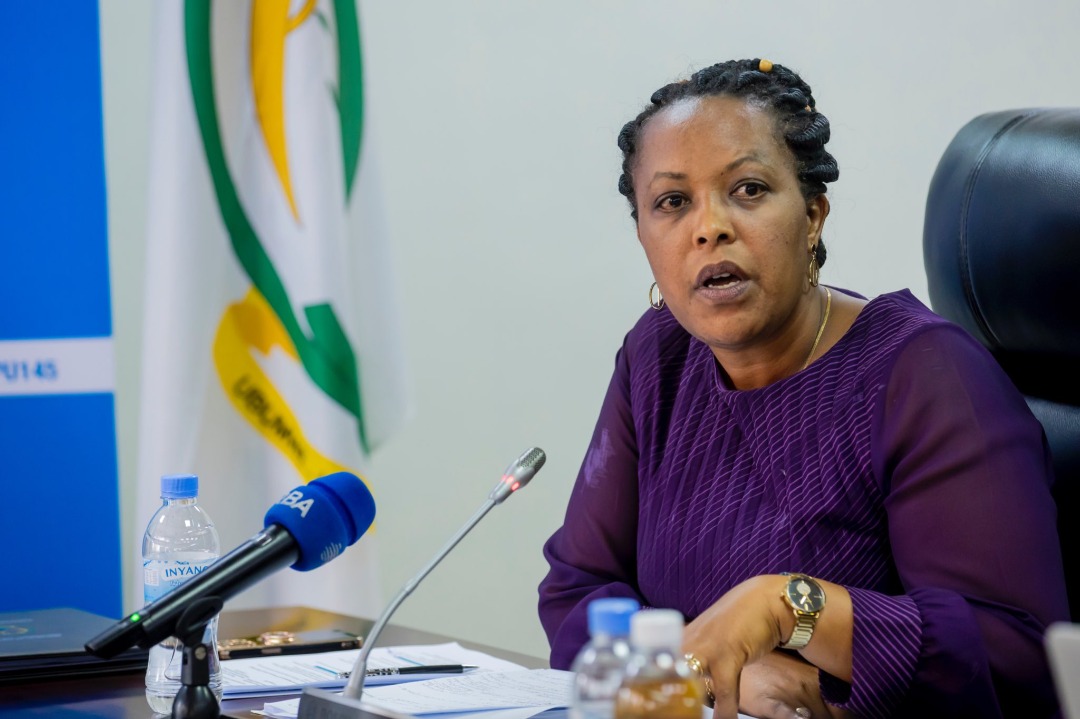 Deputy Speak of the Senate, Senator Nyirasafari speaks during the press conference

Among other issues to be highlighted at the IPU is the issue of the war or Russia’s invasion in Ukraine, environment and climate change, war and terror.

An IPU taskforce assigned to find a solution on the Russia-Ukraine crisis is expected to present their findings to which the members will debate and she light on the way forward while upholding the UN principle of peace building.

Regional neighbor DR Congo will not attend but a Burundi delegation is already in the country and the Senate said that the invitation was open to all Parliaments (178) but some 119 confirmed and others gave reasons for not attending.