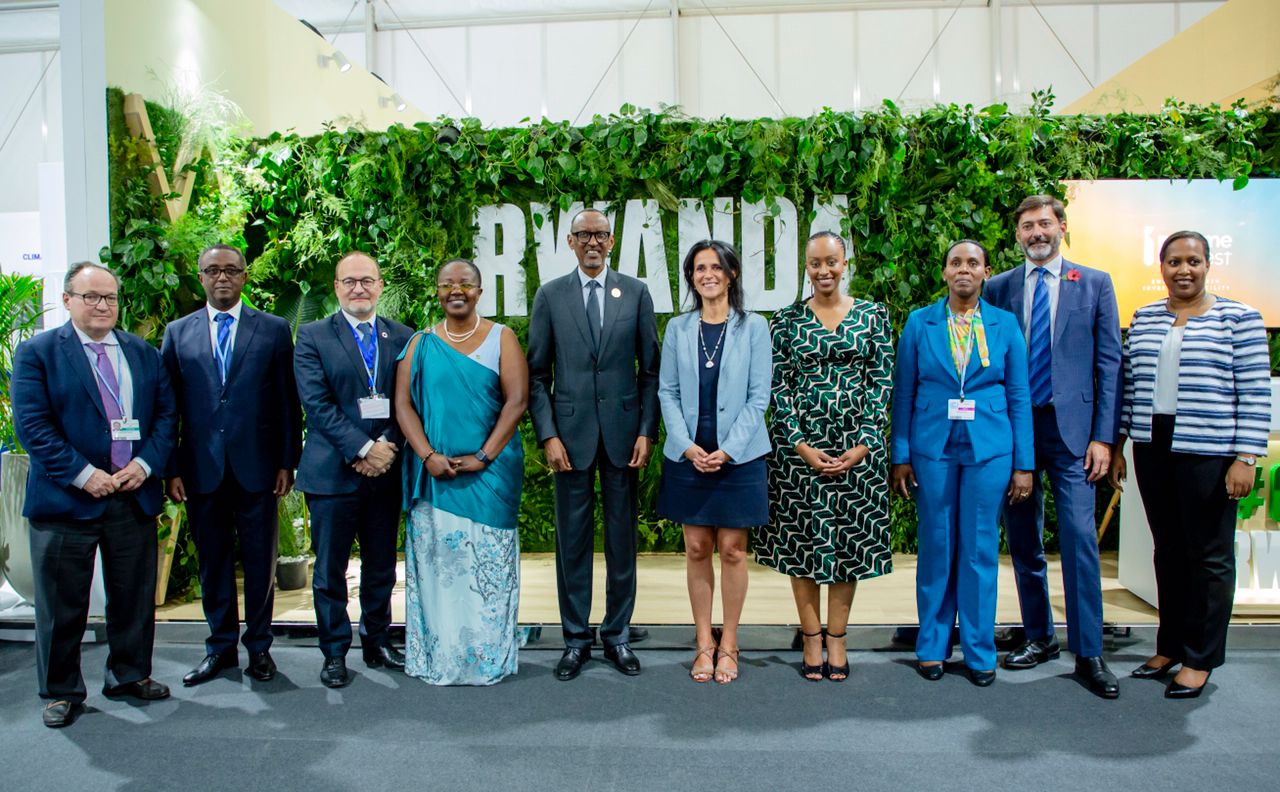 President Kagame poses for a group photo with partners at the launch of Ireme Invest at the Rwandan Pavilion at COP27. Photos/Moses Niyonzima.

The facility, which was launched at the Rwandan pavilion at the United Nations Climate Change Conference (COP27) in Sharm-el-Sheikh, Egypt, will invest in private sector led green growth in Rwanda by availing sustainable finance.

The Head of State said the launch of lreme Invest is a significant milestone for Rwanda. The fund is expected to strengthen Rwanda’s ownership of climate finance through green finance mechanisms tailored to the private sector.

Speaking at the launch of the fund, President Kagame said that climate adaptation requires big changes in how the world produces and consumes energy, how people move, what they eat and how it is grown, all of which depends on climate adaptation and change. 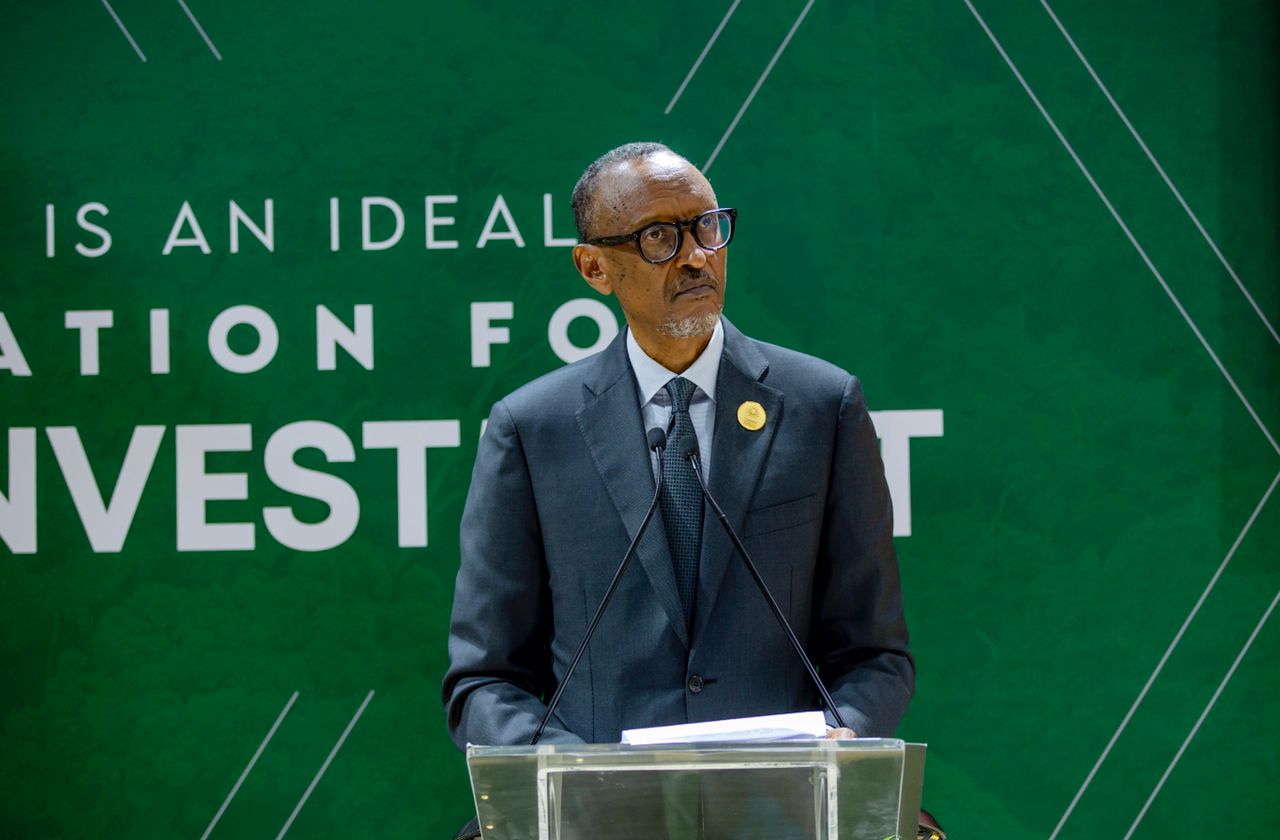 President Kagame speaks at the launch of Ireme Invest.

“All that comes together. In short, the entire economy is affected, which means the private sector has a tremendous role to play,”

President Kagame commended the Development Bank of Rwanda (BRD) for the seed capital it has invested in the fund, saying that it builds on the solid track record of the Rwanda Green Fund (FONERWA).

“I very much appreciate the partner institutions, without which all that is being done by Rwandan institutions would not go very far,”

“These partners have contributed to the first round of capitalization, bringing the total to more than $100 million, as we have just been told a few minutes ago,” he said. 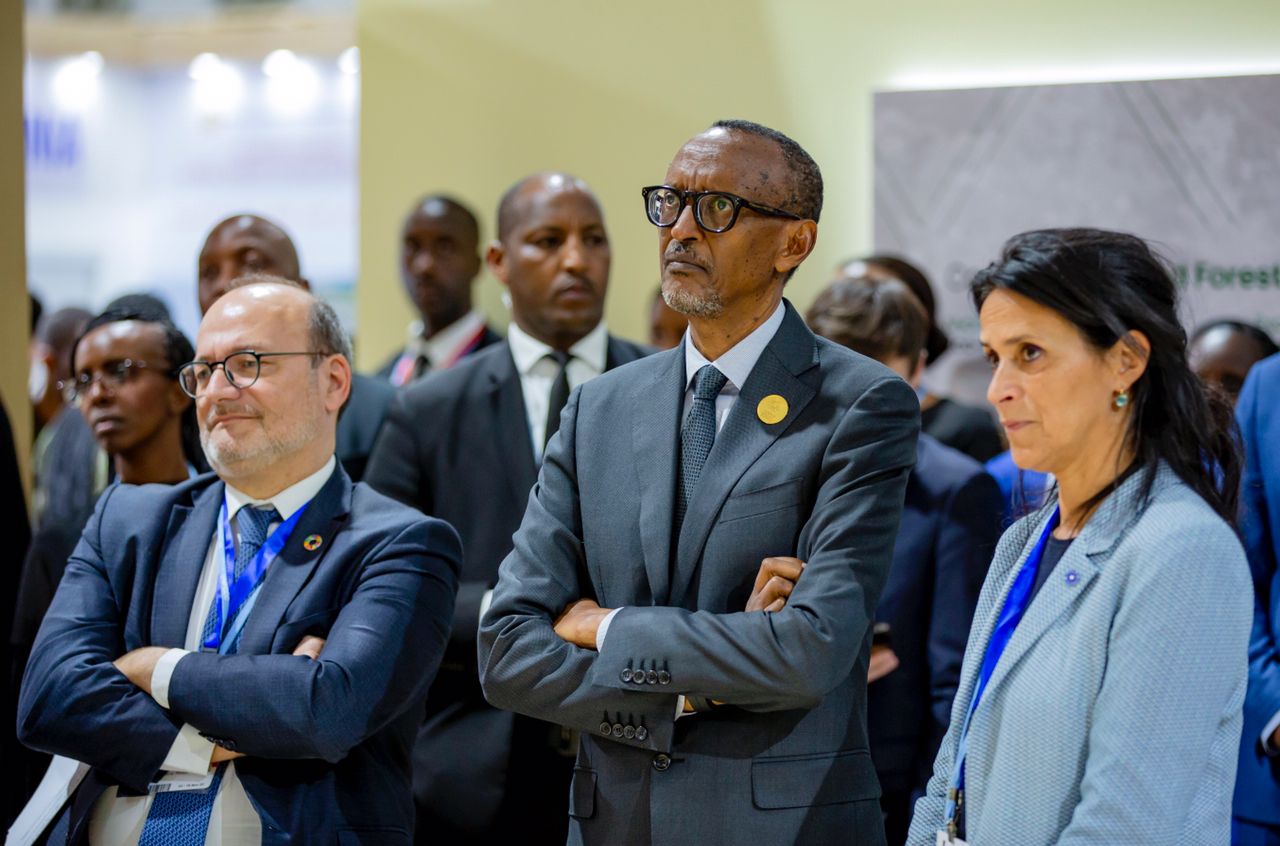 He thanked the Governments of France, Sweden and the United Kingdom, as well as the European Investment Bank and the Green Climate Partnership Fund for investing in Ireme Invest.

“Whether the progress made during the official negotiations at this COP is big or small, there are still many tools available to us to get things done on the ground,”

“That is really the key point we are driving home with the launch of lreme Invest, and with green public-private partnership more generally. So I thank you, those who have contributed to this partnership, and we look forward to continuing the strong partnership,” he said.

Chrysoula Zacharopoulou, France’s Minister State for Development, Francophonie and International Partnerships, hailed Rwanda for its efforts to achieve national determined contributions and the ambitious target of reaching carbon neutrality by 2050.

“Rwanda will become the first African country to access higher financing under the new resilience of sustainability trust. This will provide Rwanda with resources to invest in many areas including climate resilience,” Zacharopoulou said. 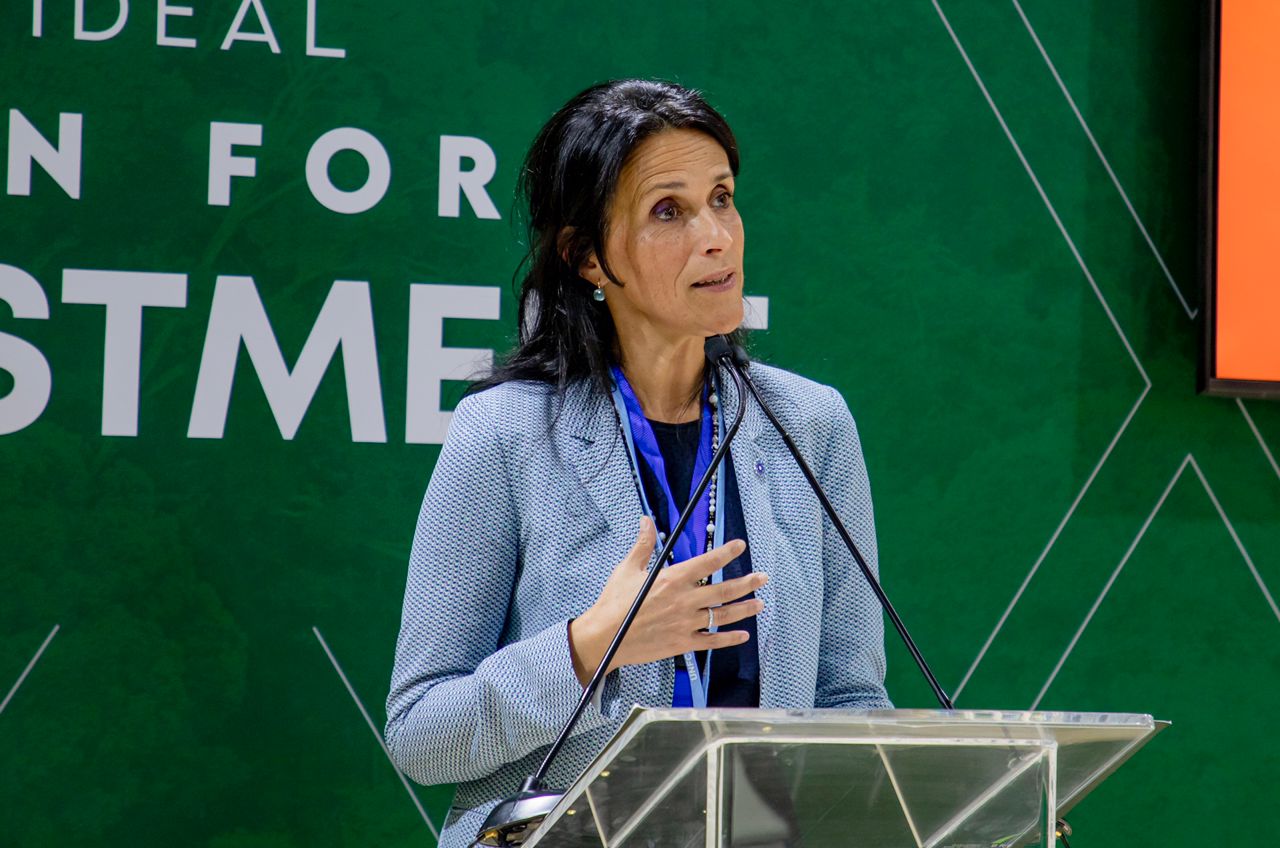 Zacharopoulou, who represented President Emmanuel Macron, pointed out that Rwanda’s access to this new and innovative financing under the International Monetary Fund (IMF) will help to mobilise the international community to provide additional funding for Africa countries.

She pointed out that the reallocation of special drawing was proposed by French President Macron in Paris in 2021 during the summit of financing African economies and today many developed countries calling for the acceleration and delivery on the agenda.

Zacharopoulou said while France is determined to mobilise developed countries to support the financing agenda, it also puts importance on supporting country-owned solutions such as the one launched by Rwanda, pointing out that financing facilities such as Ireme Invest are the way to go.

“This facility shows us the right way to move forward. It mobilised all actors; both public and private in the fight against climate change,” Zacharopoulou said, adding that it will accelerate the growth of traditional financial sector and re-orient the investment approach. 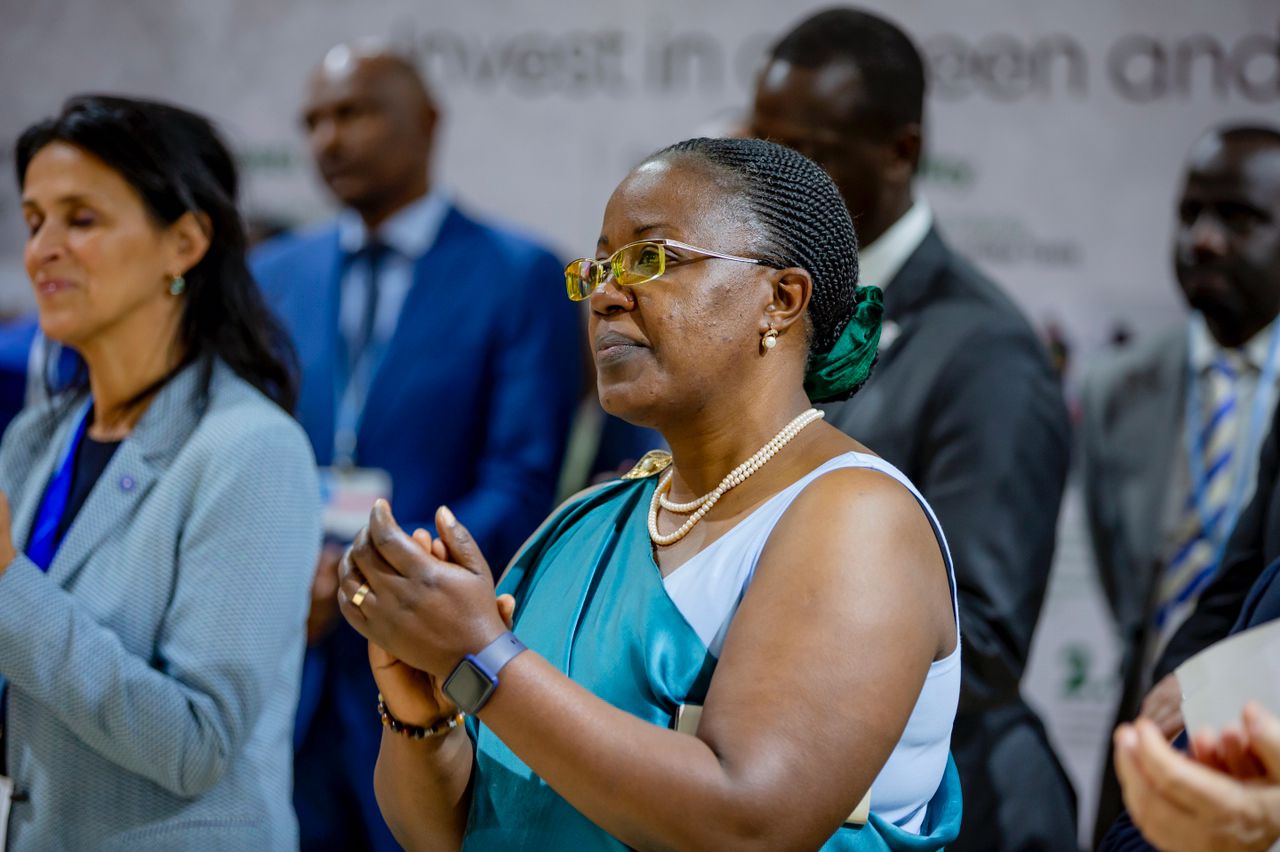 The Minister of Environment, Dr. Jean d’Arc Mujawamariya at the launch. 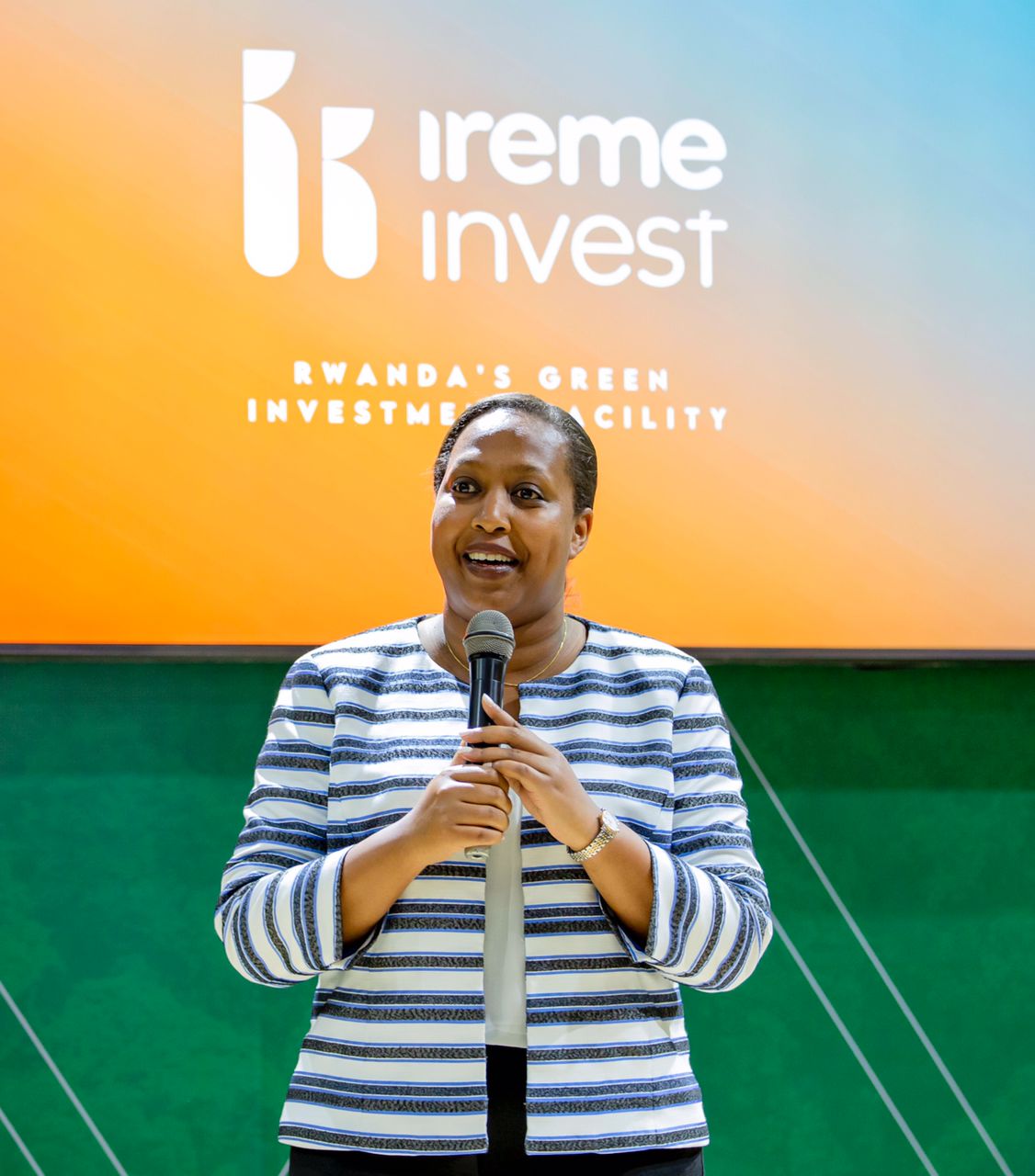 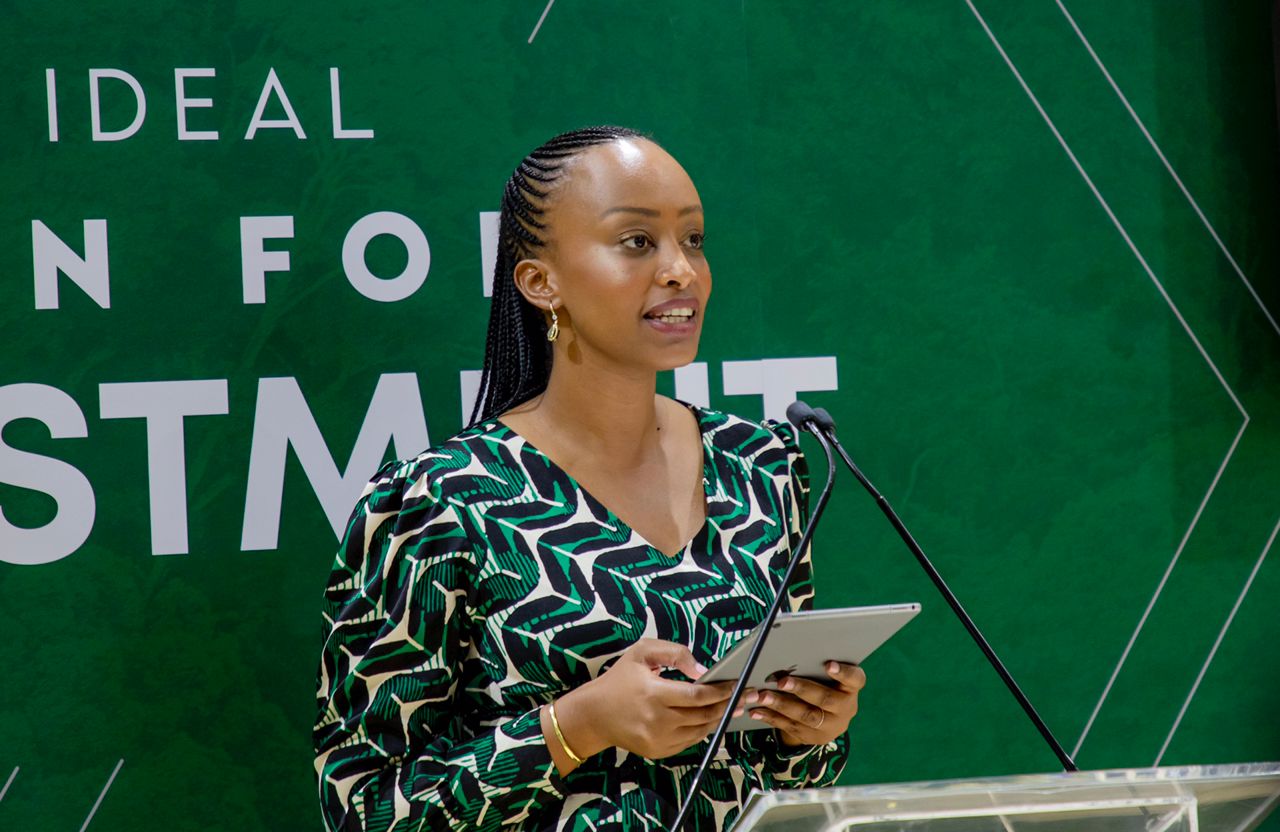 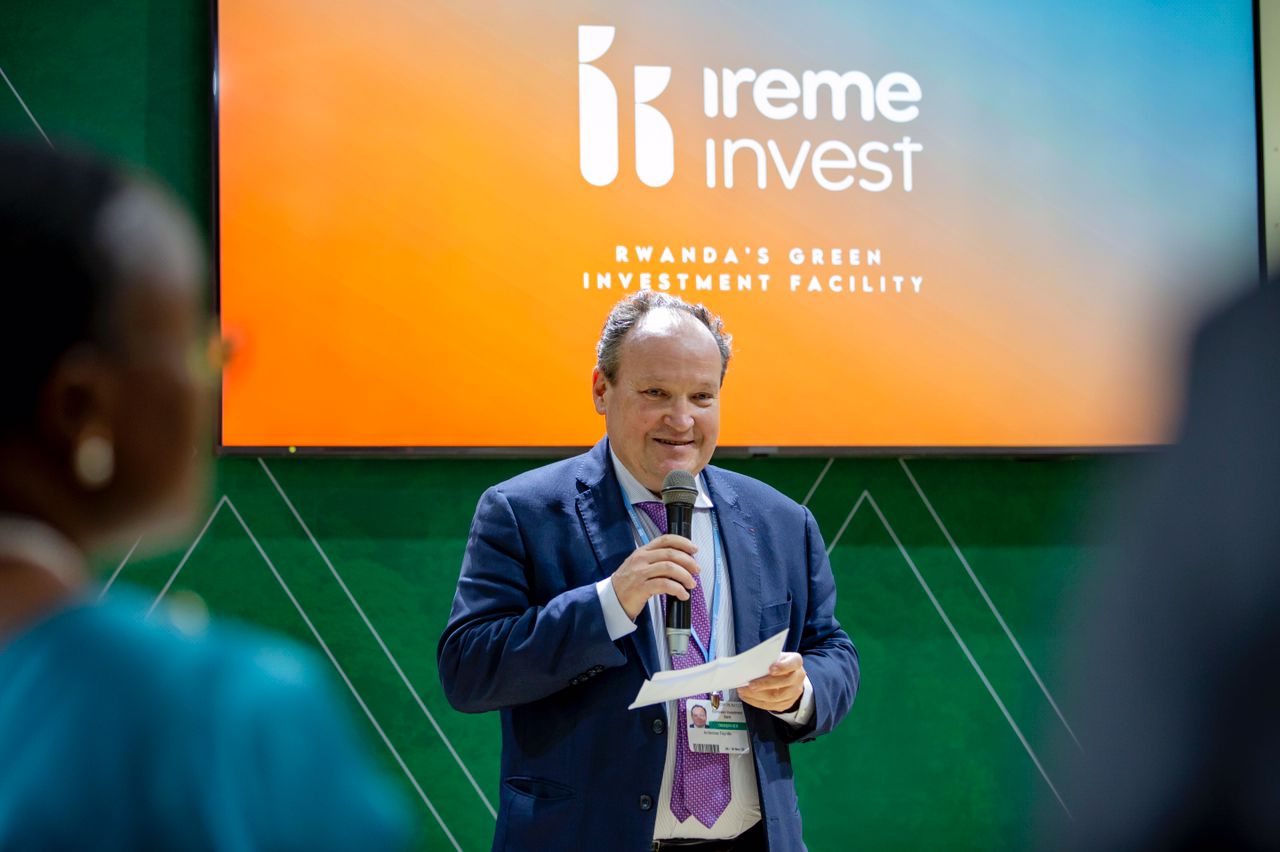