Local actor and comedian Jean-Bosco Uwihoreye, commonly known as Ndimbati was on Monday put on remand for 30 days to allow further investigations in the case in which is accused of defiling and intoxicating a minor.

The court ruled that there are strong reasons to believe that Ndimbati committed the alleged crimes after assessing the evidence submitted by Prosecution hence the actor should be detained for 30 days to allow investigations to continue. The Judge said the decision was arrived at based on the testimony of witnesses, which provide compelling evidence that he could have committed the alleged crimes.

The Judge at Nyarugenge Primary Court rule in favour of Ndimbati being placed on remand after it emerged that on the dates of December 24-25, 2019, Ndimbati lured his victim, who at the time was below 18 years of age, to drink alcohol before sexually abusing her,  instead of the January 2, 2020 date Ndimbati admitted to have met the said girl.

Ndimbati’s lawyer, Irene Bayisabe Irene, one of the three lawyers representing him, said that their client will appeal the decision in a higher court, pointing out that the Court disregarded their submissions in which they claim that the actor was set up and is being blackmailed. They also claimed that the victim lied about her age. Ndimbati further claimed that he refused to give a bribe to the YouTube journalist who interviewed the victim first.

“We are waiting for the copy of the judgement to see exactly what the court based on but we believe this is not a fair decision. We are looking to appeal it in a higher court. We believe some of the facts we presented were disregarded,” Bayisabe said.

Bayisabe also said that Ndimbati is sick and needs to be granted bail to access treatment for his condition. Ndimbati, who was arrested at the beginning of the month, was arraigned in court on March 23, claimed that he indeed had intercourse with the said victim after agreeing on the amount to pay her.

“I visited him on Sunday. I will check on him again today but he was not doing well the last time I checked,” he added. 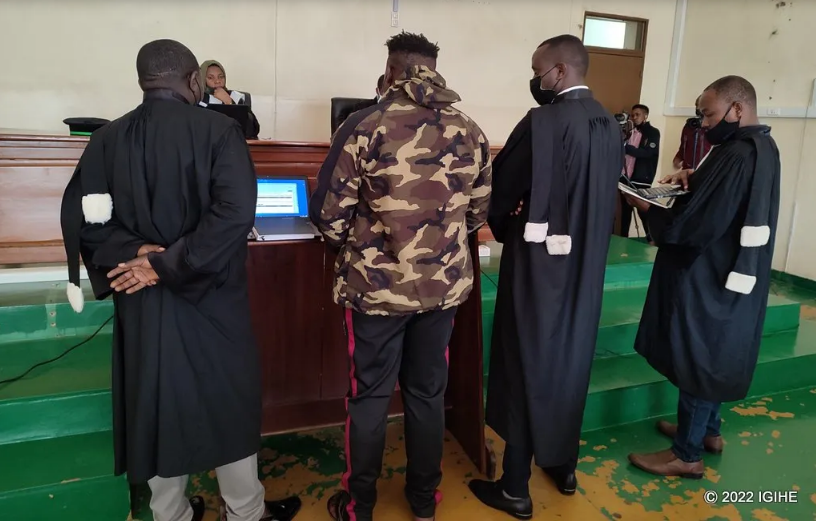 Ndimbati was arrested a few days after the young woman gave an all-revealing interview to a local YouTube channel, Isimbi, detailing how she has suffered over the last couple of years after Ndimbati impregnated her with twins but later refused to take responsibility. She said she was 17 at the time.

The girl said that Ndimbati tricked her into drinking Amarula, convincing her that it is flavoured milk with cream, only to wake up beside him in a lodge. Prosecutions said they have evidence that the suspect committed the said crimes after he took advantage of the victim by promising her that he will help her to join the film industry.

Prosecutors further said that despite denying that he admitted to furthering the children, Ndimbati had confessed to several people that he sired the children and that he had even committed to take care of the children and her mother, only for him to renege on his promise.

To his defence, Ndimbati said that he agreed to support the mother and her children as he would with anyone who needs help but that is not to admit to fathering the children. He said that he was doing whatever he could in his means but the girl was being driven by certain individuals to soil his reputation. He claimed that things worsened when he refused to pay Rwf2m to the journalist to cover up the story. He further claimed that the alleged victim was not underage at the time.