Russian tycoon Roman Abramovich, the outgoing owner of Chelsea has been sanctioned by U.K. authorities as part of its response to Russia’s conflict against Ukraine.

The British government said today (Thursday) that Abramovich was among seven Russian businessmen added to its sanctions list as it elevates pressure on the pariah state over its attack to Ukraine.

The concerned people will see their assets frozen and travel restricted.

Roman Abramovich has had his assets frozen by the UK government, preventing the sale of the premier league champion Chelsea.

According to the statement released by the UK Foreign Secretary Liz Truss, said that oligarchs and kleptocrats have no place in their economy or society.

“Today’s sanctions show once again that oligarchs and kleptocrats have no place in our economy or society. With their close links to Putin, they are complicit in his aggression.”

“The blood of the Ukrainian people is on their hands. They should hang their heads in shame.” 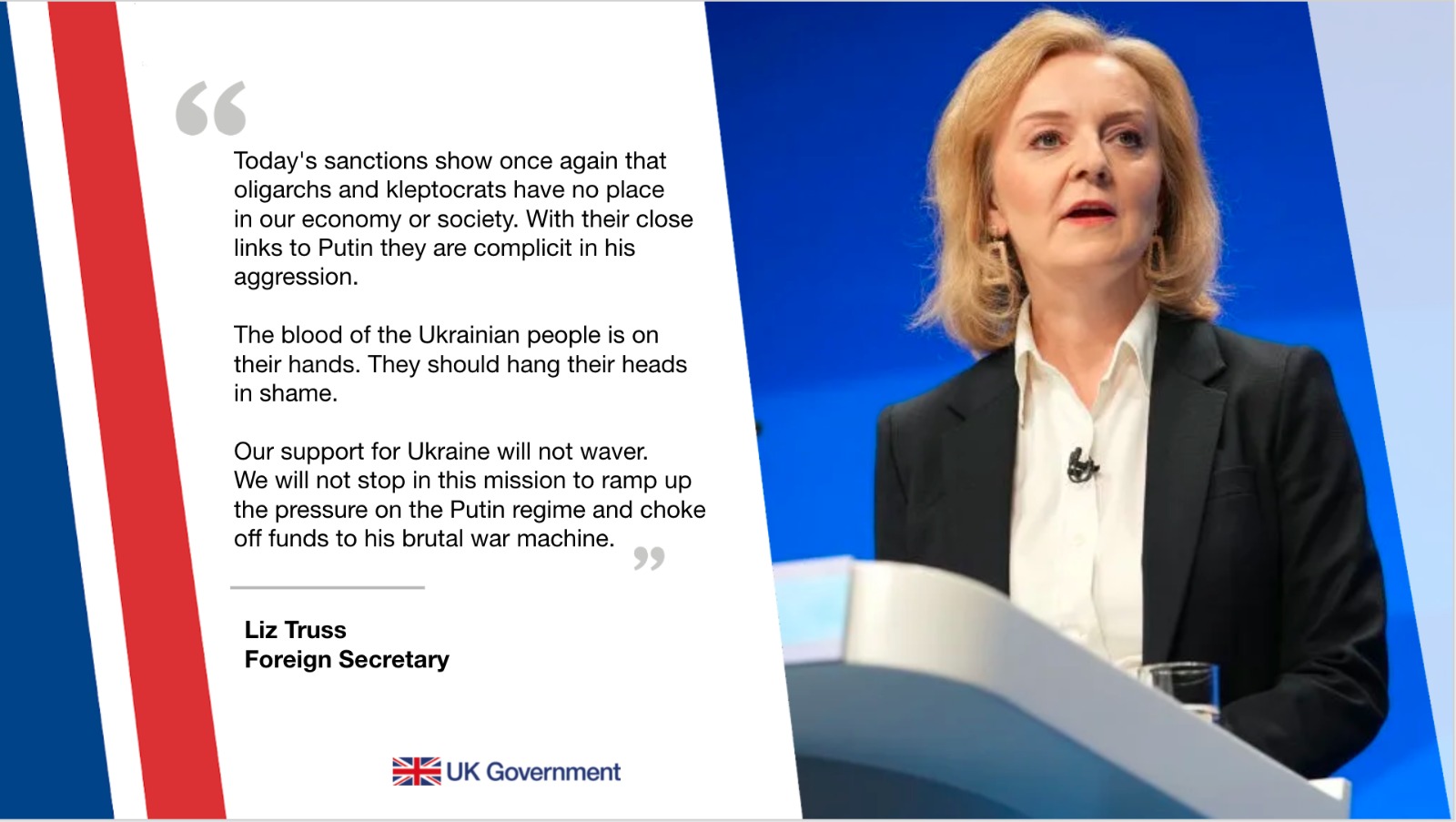 She further said: “Our support for Ukraine will not waver. We will not stop in this mission to ramp up the pressure on the Putin regime and choke off funds to his brutal war machine.”

The measures mean that Abramovich cannot sell Chelsea or invest in the club.

The 55-year-old put the club up for sale last week and had been hoping for a deal to go through quickly. Chelsea, who were bought by Abramovich in 2003, now face an uncertain future

Today’s Chelsea game against Norwich will go ahead, but the club isn’t allowed to sell tickets for the match. Only season ticket holders will be able to attend.