President Paul Kagame and the First Lady Mrs. Jeannette Kagame on Thursday president over the 28th Commemoration of the 1994 Genocide against the Tutsi at Kigali Genocide Memorial, where they laid wreath on the remains of over 250, 000 victims resting there and lit the flame of remembrance, before the Head of State delivered the keynote address.

Below is the full speech;

First of all, on a day like this one — the hour, the day, the week, the year — now we are in the 28th year, remembering. It is a moment when people are speechless. Not lacking freedom to speak, as some people would want to refer to us, as a country that has no freedom to speak. That’s rubbish. It just doesn’t make sense.

But the reason is also clear. Just imagine the testimony we have just heard. People being hunted down, day and night, for who they were, for who some of them still are today.

Also imagine if those of us who were carrying arms, if we had allowed ourselves to pursue those who were killing our people indiscriminately and also killed them. First of all, we would be right to do so. But we didn’t; we spared them.

Some of them are still living today — in their homes, in their villages, others are in government, they are doing business — some of those who were responsible, or who benefited. We didn’t do that. And yet people will have the guts to say what they say about us, or do against us, and they still do so up to now.

Let me tell you: We are a small country, but we are big on justice. And some of those are big and powerful countries, but they are very small on justice. They have no lessons to teach anyone, because they are part of this history that saw over a million of our people perish. They are the cause. Rwandans just executed, killed their fellow Rwandans. But the history of that originated where we all know, it originated from that.

We are not the same. 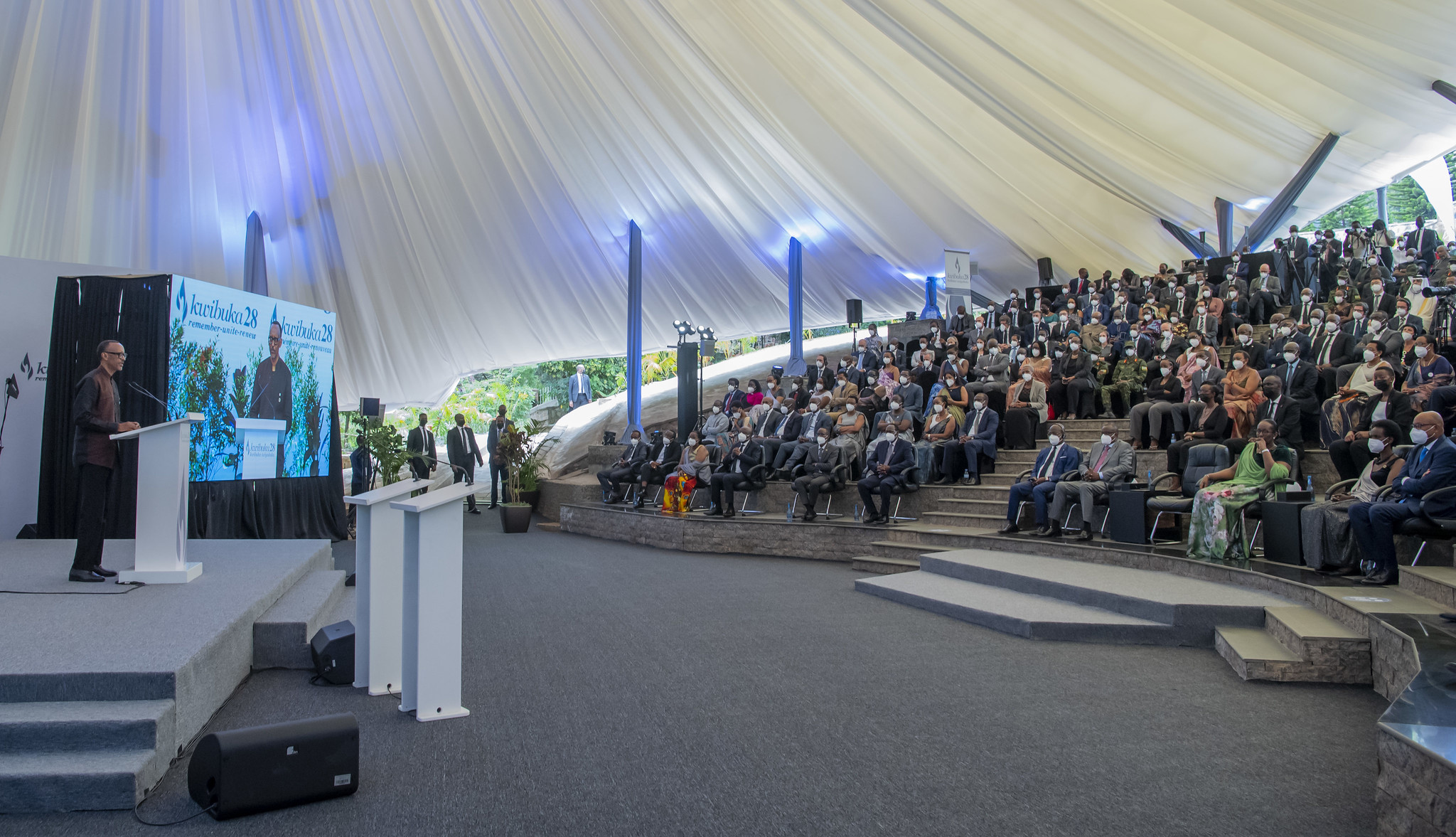 That’s why we did not kill another one million on top of the ones we lost at the hands of these criminals. Some of whom are even protected, even now, by the very countries that talk about justice, that give lessons about justice.

Forget about justice, let’s talk about other things.

They talk about democracy, they talk about all kinds of things. As far as I know, there are three systems that govern the world. One is the so-called democracy. The other is what they call autocracy. The third, in between — that is silent, that is powerful — is hypocrisy. Three systems: Democracy; autocracy in between; and the most powerful — very silent, effective — and that is hypocrisy.

For us, we have learned our lessons. We will carry the names anyone is going to give us. I have no problem with that.

I say all these things just for the benefit of our young people. Those who were born at the time are now 28. That growing up must have taught them the lessons of our history. The history of this land. The land in which you find the very brave men and women — the heroes, if you will. 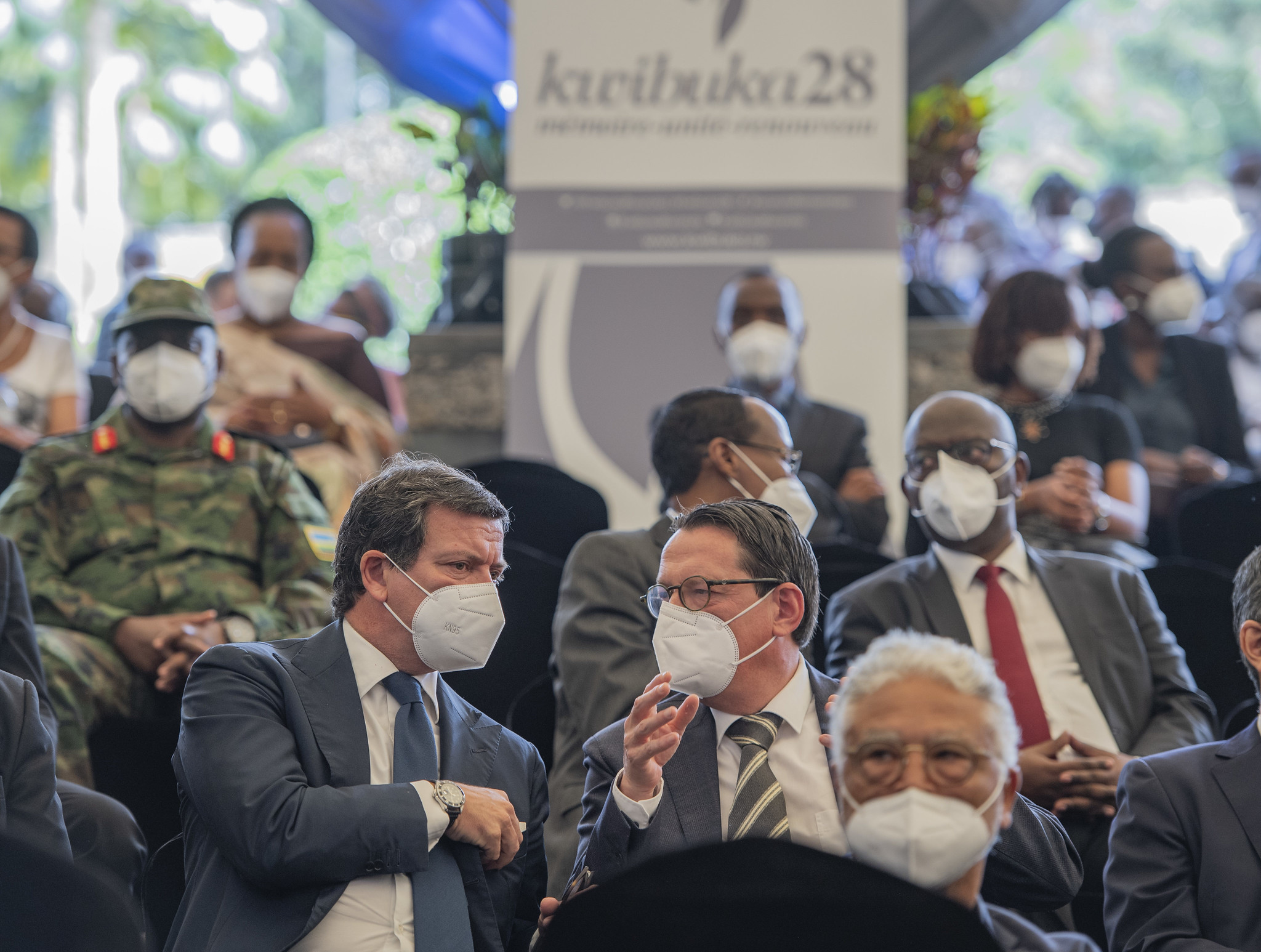 But I have a problem with the word hero, and its definition, because there is no hero in a situation like this one. When you are talking of heroes, you are talking of a situation that was so bad that it had to have heroes doing what they did — the right things, the good things, to save themselves and to save others from what was going wrong.

But then, I ask myself, maybe the best thing is not to have heroes. It is not to have a situation that produces heroes. Like in our situation, how does one become a hero, and you know you have lost over one million people? More people were killed than could have been saved, and that needed to be saved. So if that means being a hero, I wish we didn’t have it. I wish we did not have that situation that has to produce heroes. We would be better off.

Another thing I have that is problematic with that word is that you can also manufacture heroes. You can decide to baptize somebody a hero, especially when you are powerful. You can create it, and if anybody raises an argument they are meant to sit down, to shut up.

That’s what I meant when I said the powerful are powerful. They are big, but small on justice. They even talk about freedoms, and yet as we know, they create false stories about people, about Rwanda, about genocide. And when you argue with facts, when you want to present facts — actually they also know there is that power to tell everyone not to give you space to express your opinion, to answer back, to argue. And yet they are the same people who will start accusing others of lack of freedom to express themselves. 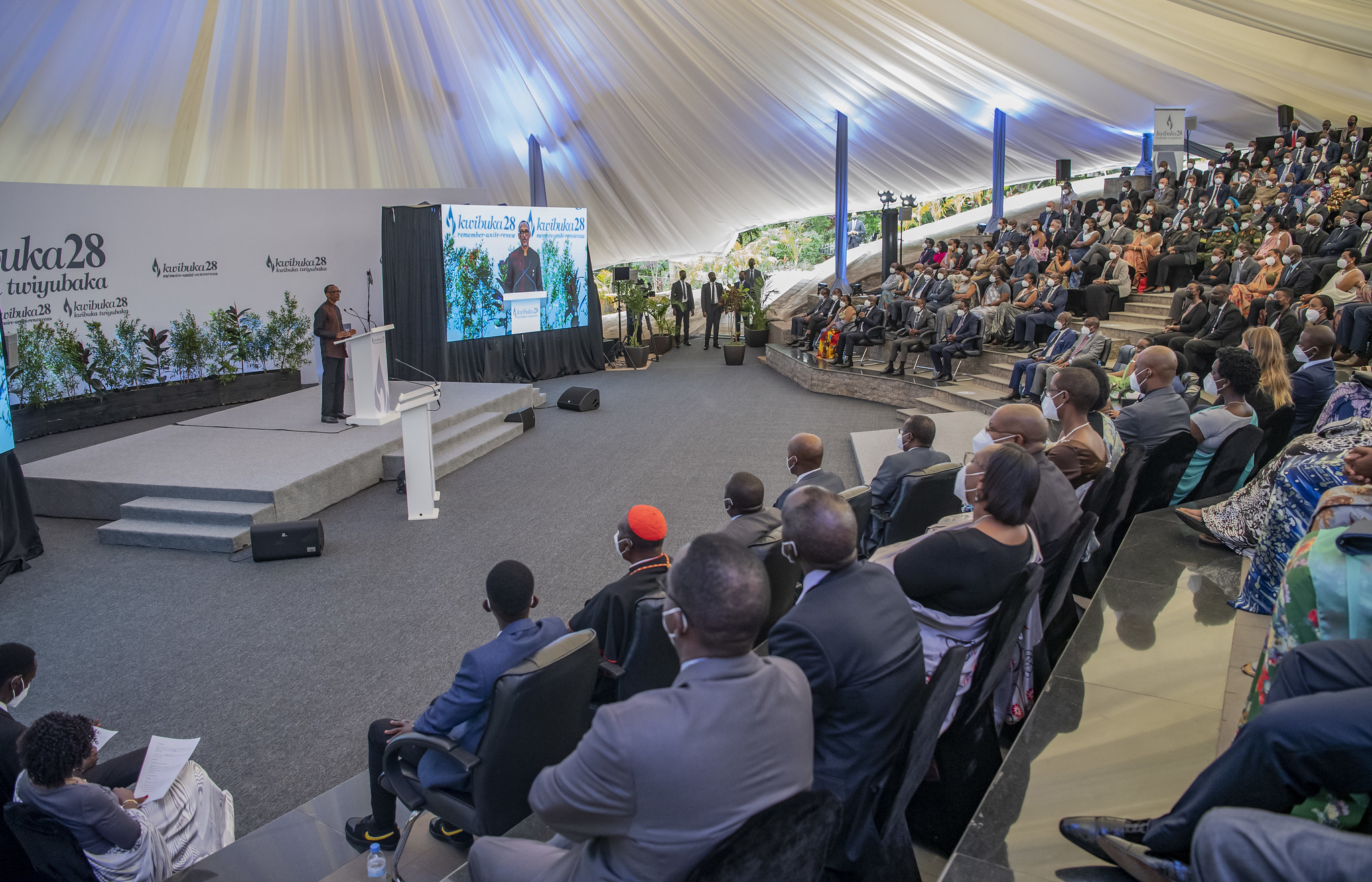 But what I am talking about is not an old story in terms of when it last happened. No, it happens even today. They will find a renowned newspaper, in some powerful place, falsifying stories about us, about Rwandans, about genocide, about our history. And when someone wants to say, look, that’s not correct, this is what it is, these are facts, you will find it’s like they have agreed among themselves — all channels through which you could have communicated or placed a reply — not to listen to you, because they want to have the only thing playing in everybody’s ears.

But make no mistake. In this land, this land of ours, small as it is, it has no small people. Like we did in the past, guided by the truth, by what is right, and we did not use the means we had, the possibility we had, to kill those who killed our people.

You can imagine, people even doubt our justice system. Then you have Rwanda in our constitution, in our set of laws, having abolished the death sentence, the death penalty. Some of these powerful countries still hang people or electrocute them. They do that.

In fact, for us to have even thought about abolishing the death penalty at a time when we had so many people to justifiably hang, and these people miss that point? They miss the point that we are actually a country of justice, a country of laws. We believe in rule of law. Because if we didn’t, why do we do all these things? There’s no amount of pressure — let no one tell you lies. This we did ourselves. It’s not because anybody influenced us or put pressure on us. Because who would put pressure on us, when they’re the ones doing the same thing, in any case.

And then we have even people we have forgiven who are associated with this, with how it happened, that we heard about in the testimony. People who were part of that, continuing to be part of that, even now, and forget that we have actually forgiven them. So they are forgiven, they had been tried by courts, found guilty, and in the middle of serving their sentence, we forgive them.

These are the people who are supposed to bring democracy to Rwanda? It’s a joke. And you’re doing it in the wrong place, in a place that understands many things about us, our limitations, but our power to defend and protect this land and the people of this land.

Those people who go around talking nonsense every day, they should take a moment and remember. The situation like the one we are talking about today, that in actual fact also remember that it has produced different people in this land. Our children, our grandchildren. We have a duty to make sure they understand this, and they are there for this land, for the people of this land.

But we also know many things, including our limitations. We have no power to stop it or to prevent it. But we have the power to confront it. It happens every day. But this gives us, some of us, a good opportunity to remind people of all this.

But the most important thing is these very hard, bad lessons should never be wasted. In the last 28 years, every year that passes makes us stronger and better people. And for being who we want to be, we shall be the ones to decide, not anybody deciding for us what and how to be.

For those who keep running their false stories — imagine people could not even — I think, to be fair, the majority of people in this world recognise what happened here and give it the name it should be called. But there are others who say no, but you see, no, it’s only not Tutsis who died. It’s also others. I mean, first of all, you are just saying the obvious. In that situation, what you’re saying is obvious. But I think here we are talking about something else.

And this is now what gives room to all these other génocidaires to start talking about championing democracy — their newfound breed of people who are democratic, who want to bring democracy to Rwanda — Rwanda that lacks democracy, and lacks freedom of speech, and lacks everything normal and human.

But what do you do if somebody is insulting you? You take it. It’s better not to insult back. You just absorb it and do whatever you want to do for yourself. So, the lessons learnt for the young people, for our country, in this land, is to say: Let’s just do for ourselves what we need to do, to be what we want to be, and the rest it’s a struggle, it’s a fight, we shall give it a good fight.

Thank you very much.