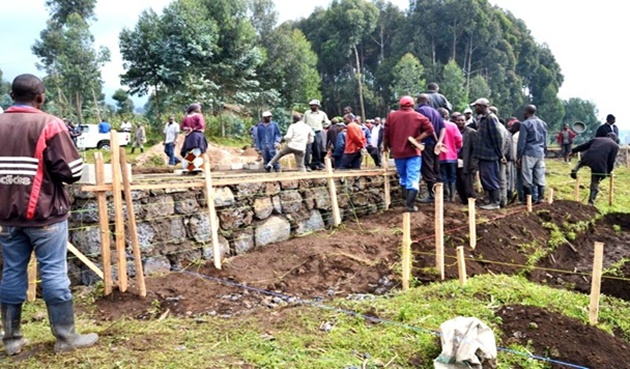 Construction of the model village has begun. Over 200 housing units will be built to accommodate families that have been living close to the volcanoes’ Park also home to gorillas.

Rwanda is constructing a model village to resettle families living in places considered as high risk zones especially those near volcanic mountains Park a home to gorillas in Western Province.

Construction of the model village has begun. It will consist of 200 modern houses valued at Rwf1.6 billion ($2.1 million). The funding will directly be obtained from United Nations for Climate Change Convention.

Mr. Manneh says he is impressed by Rwanda’s steps to deal with climate change.

According to Ministry of Natural Resources, the model village will benefit residents from nine sectors in Nyabihu and Musanze districts.

According to the project coordinator, Prime Ngabonziza, the model village is located in Mukamira sector in Nyabihu district.

The country targets to increase revenues collected from tourism through various initiatives including resettling families that encroach on gazetted areas.

The model village will also feature all climate-friendly requirements aimed at reducing vulnerability to Climate Change through Community Based Adaptation.

Rwanda wants to maintain its green economy, as the World looks for funds to deal with global climate change.

Such initiatives come ahead of world leaders meeting in New York in September and later in the French capital, Paris, in December this year, to discuss global climate change issues.

Meanwhile, the United Nations Climate Change Fund seeks to raise $100 billion to fight climate change in the next four years. 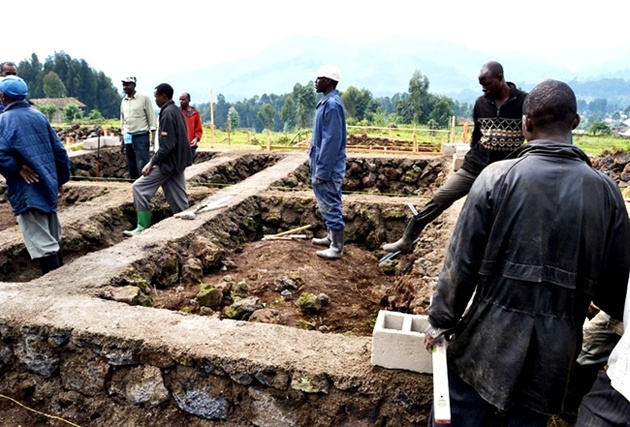 Construction of foundation for one of the model homes

How Rwanda Is Fixing Holes In Education Sector