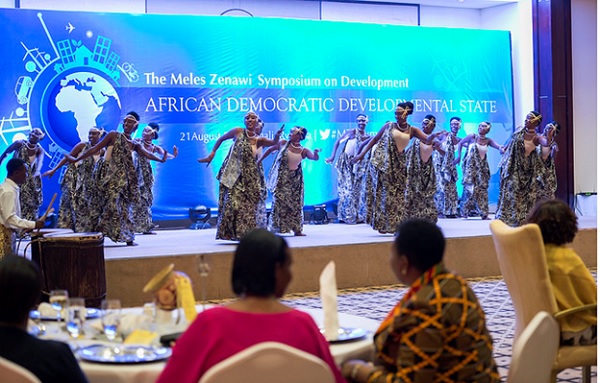 The Meles Zenawi Foundation in partnership with the African Development Bank (AfDB) and the Government of Rwanda is holding its inaugural symposium on August 21, in Kigali, Rwanda, under the theme “The African Democratic Developmental State.”

The late Prime Minister Meles Zenawi articulated his passion for Africa’s transformation: “In spite of the monstrous homogeneity in policy stance that we have allowed ourselves to be shackled with, there is some space for policy experimentation and diversity commensurate with our diverse circumstances. For all there diverse circumstances suggest that while we all have the same goals, and while there are bound to be some commonalties in our policies, what we really need to do is come up with a set of different options that will take us to where we want to go.”

The symposium will also address the key debate surrounding the perceived contradiction between developmental state and democracy. In a tribute to the late Prime Minister Meles Zenawi at the Tana High Level Forum on Security, President Kagame challenged this perception: “The question has been raised about whether the emphasis on development and the role of the state in it is not done at the expense of democracy and people’s rights,” Kagame said. “For those who share Meles’ approach to development, there cannot be any contradiction between the two. They are actually mutually reinforcing – sustainable socio-economic development gives rise to greater democracy and political rights can best be exercised and enjoyed in a climate of growing prosperity and improved quality of life.”

African Development Bank President Donald Kaberuka has stated that even with the continent recording economic growth, it is not beneficial to all. “Despite the phenomenal economic growth in Africa, this has not translated into shared prosperity and better livelihoods for the majority. Growth has to be inclusive to be socially and politically sustainable,” Kaberuka said recently.

On the other hand, economies like Rwanda, Mauritius, Ethiopia, which are based on investment, domestic demand and sound policies, achieve sustainable growth, according to the AfDB.

About 200 participants are expected to take part in the symposium, which will focus on new ideas in achieving Africa’s transformation.

In addition to the keynote panel, participants will take part in two additional panels titled “Developmental State in a Globalized World” and “Development, Participation and Institutional Design.”

Deliberations from the symposium will be submitted to the African Union, with the expectation that these will feed into the main AU development strategy, Agenda 2063.

The idea of the symposium was conceived by the AfDB and MZF as a platform for intense deliberations and deep analyses of development issues geared towards policy change.

–     The opening session will be broadcast live on Rwanda TV and Radio Rwanda. Videos from the symposium will be posted on the Government of Rwanda YouTube account (www.youtube.com/rwandagov).

–     Updates about the event will be shared on the Twitter accounts of the African Development Bank Group (https://twitter.com/AfDB_Group), Government of Rwanda, (www.twitter.com/rwandagov) and the Office of the President (www.twitter.com/urugwirovillage).