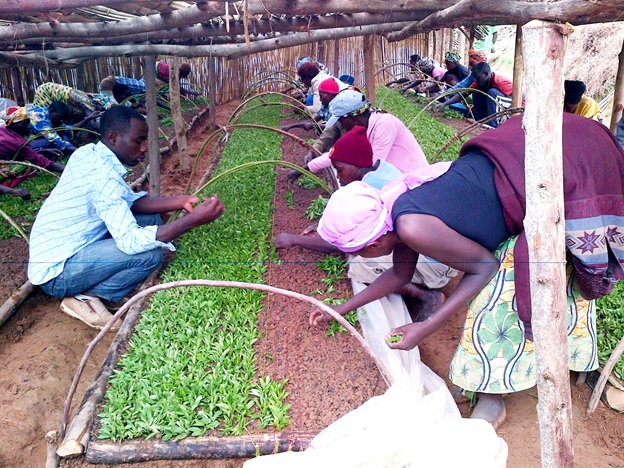 Rwanda will in next two years start earning about $150 million from a rare plant on high demand by international beverage industries, including the US firm, Coca Cola.

Stevia, a plant from which, botanists proved can produce sugar 300 times sweeter than cane sugar will be able to earn the country hundreds of millions of dollars on just 1000 hectares, where 600 metric tons can be harvested.

A kilo of processed Stevia is expected to cost up to $250, compared to current $2.2 per kilogram of dried leaves.

Revenue from Stevia will by 2017 account for 24% (~$144 million) of formal exports in 2014 which was $ 599.8 million, according to Annual Trade Performance Report by Rwanda Development Board (RDB).

Stevia is setting a new record that will oblige policy makers to scratch heads and exploit the cash crop maximumly. The crop is proving to be revenue generating than coffee and tea, two leading export crops of Rwanda.

With plantation of 65,000 hectares; coffee and tea produced 16,000 tons between January and June 2014 and 20,000 tons in the same period in 2015, according to central bank’s Monetary Policy and Financial Stability Statement.

“We are still testing the adaptation of Stevia on Rwandan soil. But it is clear the plant will earn the country much more than coffee and tea on smaller surface,”Jean Marie VianneyMunyaneza, in charge of diversification and project development at National Agricultural Export Board (NAEB) told KT Press. 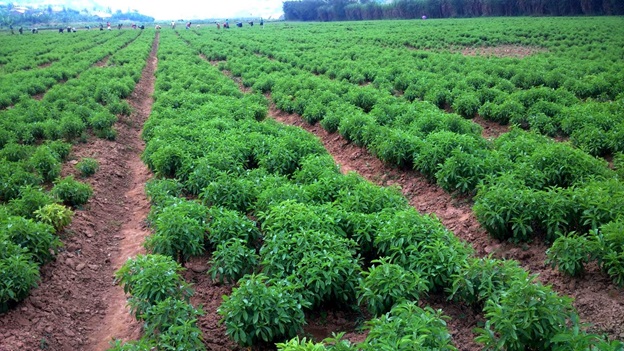 Stevia  in the field

On November 14, 2011, a Canadian company, Stevia Life Ltd, established in Rwanda to tap into the country’s opportunities in agriculture. The company acquired 50 hectares in Rulindo district and invested $5.5 million in Stevia production.

By harvest time, the company had secured a contract to supply dried leaves to Pure Circle, a Chinese company based in China and Malaysia, which processes Stevia for Coca Cola.

The new soft drink, popular even amongst diabetic patients was launched in 2013 and 2014 in Latin America and UK respectively. More supplies from Rwanda are taking place at a price which increased to $2.2/kg from the initial $1.5/kg.

“We already have a feed-back from Coca Cola; laboratory tests indicated that our Stevia is good quality,” says Irambona.

Rwandan Stevia is rich in Rebauside A, an indicator of sweetness concentration in the leaves according to Irambona.

Already 1000 hectares from Kirehe, Rulindo and Bugesera districts among others are expected to be exploited by end of 2016 to maximise production.

Plans are underway for Rwanda to have a Stevia processing plant.  The target is to exploit 5000 hectares by 2020. 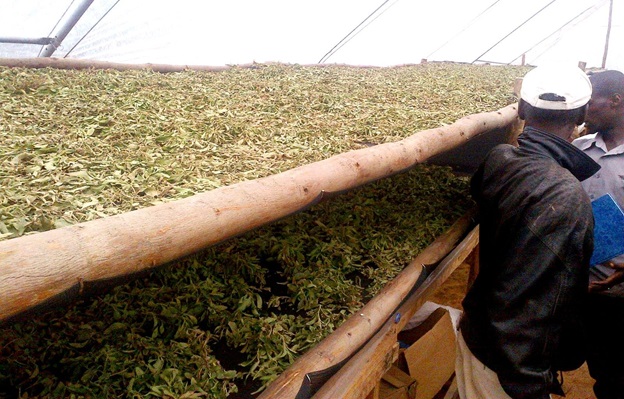 Stevia-life provides free seeds to farmers to start growing the crop. Experts from the firm assess the land including; water access, acidity of soil and possibility of follow up.

They apply required fertilizers to grow the plant then proceed with weeding a couple of weeks later. Every after three months, a farmer cuts mature leaves which are taken to a drying hangar, then are baled for export.

A stem can be harvested for five years. To maximize leaf production, a farmer must trim back the plants several times. Rwandan farmers who grow Stevia get a purchase contract from Stevia Life for five year renewable.

Eric Manimpaye, a farmer from Rwabicuma in Nyanza district, Southern Rwanda learnt about Stevia  from the internet and since then started training from Stevia Life.

Manimpaye grows Stevia on 10 hectares, but he is yet to sell, because he wants to multiply nurseries to extend to 200 hectares obtained on five year lease from farmers.

Stevia plant was first introduced in Latin America, years ago, but had to wait until 2008 to be confirmed by US laboratory as a plant that is highly needed for beverages of low calories. Europe adopted Stevia use in beverage in 2012 according to Munyaneza.

As for Manimpaye, the plan is to seize the opportunity with firm hands. “I am expecting to be a professional farmer of Stevia and later will engage other farmers.” 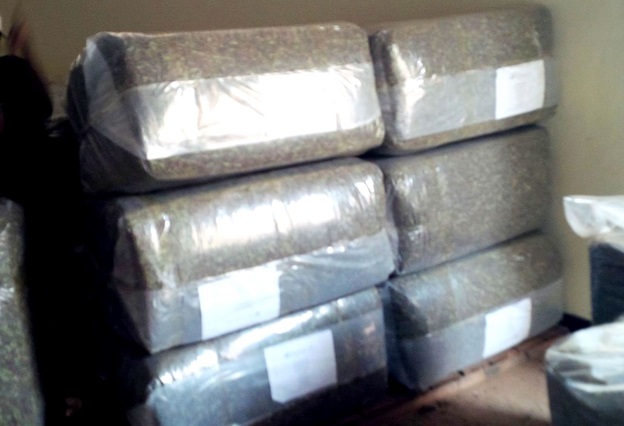 Dry Stevia leaves are compressed and packaged for export