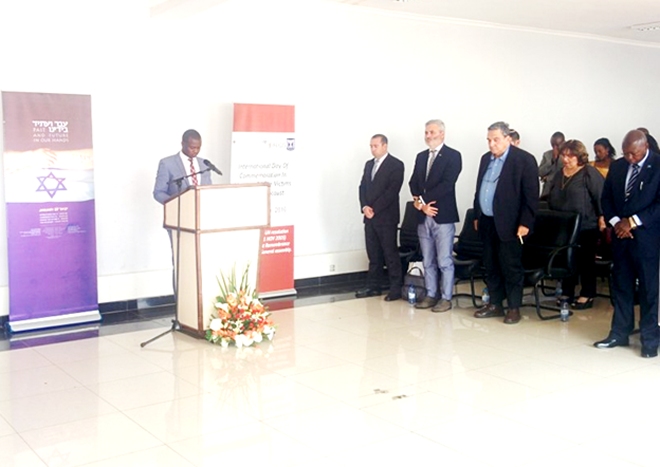 Israelis and Germans in Rwanda are commemorating the 71st anniversary of the Holocaust during which about 6-million Jews were murdered by the Nazi regime in Germany.

The Germans and Israelis have decided to jointly commemorate with Rwanda that suffered the genocide against Tutsi fifty years later.

The two communities are hosted at Kigali genocide memorial site where over 250,000 bodies of a million victims of 1994 genocide against Tutsi lay to rest.

“We could have gone to commemorate from a hotel, but when we remember thousands of innocent people laid to rest in this memorial, we understand that they deserve a tribute, like our victims back home,” says Balaynesh Zevadia, Israeli Ambassador to Rwanda at the Kigali memorial site.

Rwanda was saved from the total destruction after the Rwanda Patriotic Front (RPF) Inkotanyi stopped the genocide and liberated the country in July 1994 and started reconciliation paths.

Traditional Gacaca courts, presided over by the honest members of  the community tried about 2 million cases within ten years and helped Rwandans to reconcile each other.

Currently, survivors of Genocide against Tutsi are able to share cows with former killers and are  intermarrying as a testimony of sincere love to each other.

“My government is guilty because the holocaust was carried in the name of government so we have to join any country affected by the Genocide to say never again,” Peter Fahrenholtz, the ambassador of Republic of Federal Germany to Rwanda told KT Press.

An earlier, a communiqué from this embassy said, “it  sends a strong signal that Germans and Israelis can today remember the victims of these horrible crimes together, side by side.”

For the two countries, commemorating with Rwanda emphasis is placed on reconciliation, which Rwanda managed in less than twenty years after the Hutu exterminated Tutsi.

In a lecture, “The Blurred Stories. The Beginning of the Final Solution” by Dr. Lea Prais, Director of projects at the International Institute for Holocaust Research, Yad Vashem indicates that commemorating with Rwandans is appropriate.

“It takes a very special meaning in Rwanda, a country which has gone through genocide atrocities, but engaged in a courageous struggle for reconciliation afterwards.”

“This emphasis the fact that Genocide is a crime against humanity,” Naftali Ahishakiye, the Executive Secretary of Ibuka, an umbrella of association of Genocide survivors told KT Press. 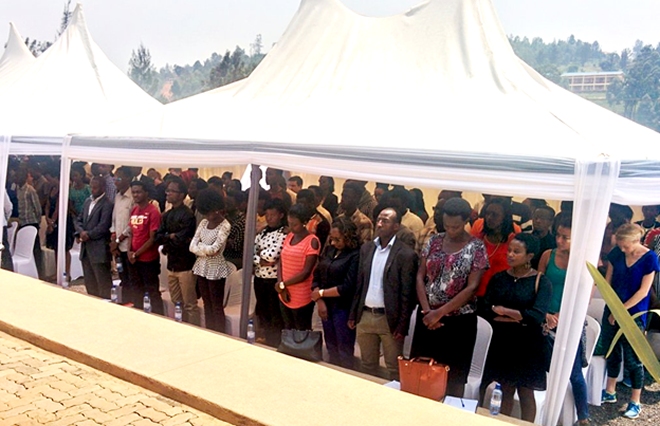