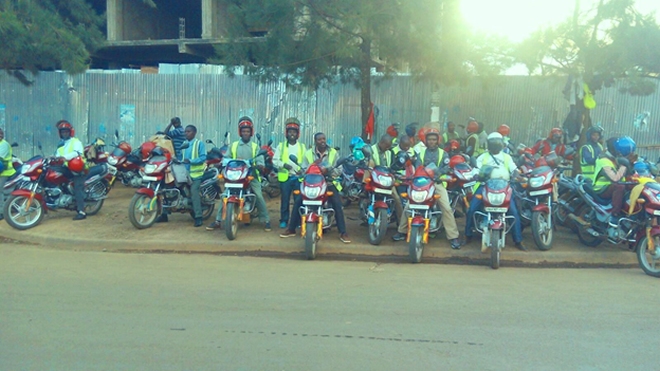 Hundreds of moto taxi operators in Rusizi district have learnt a good lesson the most painful way.

“Every day, we contribute Rwf500, on top of Rwf2000 every month since 2012,” says Hamdunia Mugabushaka, a member of the cooperative.

With this volume of funds flowing in steadily, they agreed to construct a 4-storied commercial building strategically located within Kamembe town.

However, after completing two floors, cooperative members realised their funds were not sufficient to complete the entire building.

They realised they needed more than just Rw80m. It was in 2012 and they applied for a throat chocking loan worth Rwf142 million from GT-Bank.

A project they anticipated to be ready by January 2014 has become a nightmare.

From the day they acquired the loan, GT Bank pressed the counter button. Ticking, every month. Every single franc they collected, the bank swallowed it.

Apparently, the cooperative is running bankrupt and has thus failed to service the loan. Every member is under pressure. They are frustrated and furious.

There is also bad air between members and managers of the cooperative. Members accuse managers of mismanagement and failure to negotiate a better and manageable deal with the financier.

“Our representatives made a lot of mistakes; they got themselves involved into purchase of construction materials and messed up the project,” said Emile Rukundo, a moto-taxi operator.

And Mugabushaka, another member, has a different worry. “It has become a burden to us; let the bank come and auction the house and we restart afresh because we are fed up with paying penalties.”

Contributions are also declining instead of growing, but members are kept out of the know.

After the management realised that they could lose their 37-rooms property, they are now pleading with GT-Bank. The bank has threatened to auction the commercial complex to recover its Rwf 153 million.

Jean Damascène Habimana, the vice president of the cooperative told KT Press that they have not paid the monthly Rwf4 million to the bank for three months now. Penalties have reached Rwf8million.  “Members cannot raise the required amount to pay every month,” he said. 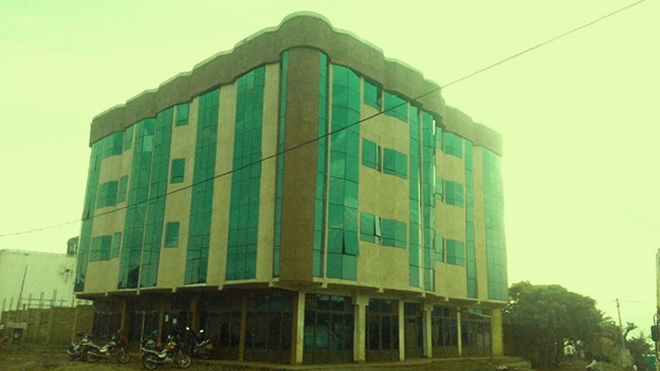 On January 8, 2016, the cooperative representatives met with the Rusizi district mayor and the district council to seek advice on how to cover the loan.

The district told them that there is no short cut rather than convincing all members to own the project and clear the loan.

“We are negotiating with the bank to give us more Rwf35 million to complete the property, we hope it will work,” says Habimana adding that their actual loan is set to be recovered within seven years.

Damien Mugabo, the Director General of Rwanda Cooperative Agency (RCA) told KT Press that, “We would not advice the cooperative members to give up a house which cost them a lot while it is almost ready.”

He however attributes the mismanagement to lack managerial skills and they inability for members to follow up on their funds.