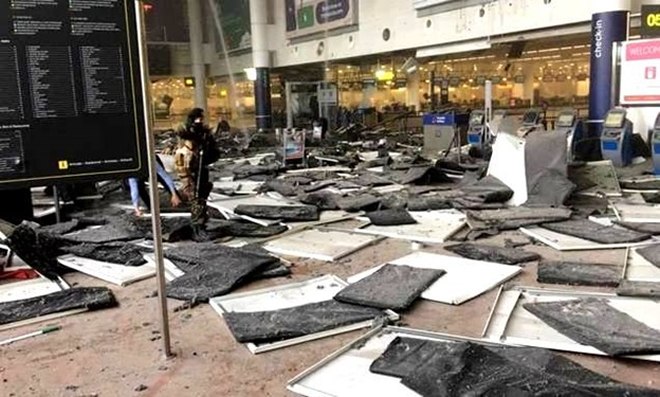 Rwanda has warned its citizens in Belgium to avoid public transport, following the terror attacks that have reportedly killed more than 10 people this morning.

“Dear compatriots of Brussels, I hope you are all safe. Please avoid the public transport today,” tweeted Olivier Nduhungirehe, Rwanda’s ambassador to Belgium.

Ambassador Nduhungirehe said that a Rwandan student has been hurt.

“Solidarity with Belgium. Keep safe! Some Rwandans were expected to take Brussels Air flight to Kigali this morning… fingers crossed!” she said in a tweet.

There is a large Rwandan population in Belgium. Relatives and friends are back home are concerned.

By press time, 10 people had been reported dead and over 30 injured. Ambassador Nduhungirehe said, “No Rwandan casualty reported so far. Still checking with Saint Luc Hospital and Police.”

Currently, Brussels is on a lock down. The metro stations and the airport have been closed. And now the city’s museums are also reported to have been shut.

Mugombwa Parish: Where Burundian Refugees Rampaged On Their Tutsi Hosts