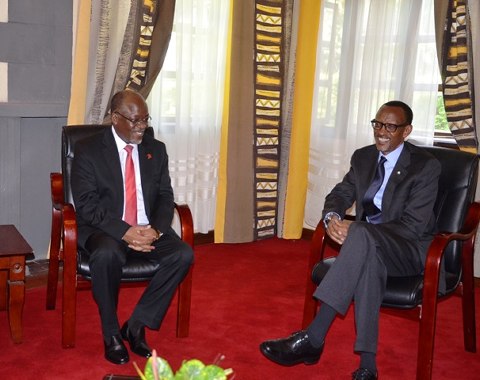 Leaders of the previously five-nation regional grouping have put in place new rules under which private companies could be sanctioned if they are involved in corruption.

The 17th leaders’ summit of the east African community (EAC) held in Arusha Tanzania endorsed a private sector “code of conduct and ethics” that sets high standards for companies. Companies will be required to “do what is right” to keep their businesses clean.

Designed by technocrats from governments and private sector, the new rules also call for “ethical business practices” in Human rights, labour standards, and environment within the EAC partner states.

In Rwanda, corruption has been on the back-banner as government maintains a tough stance on graft. Hundreds of officials have lost their jobs and gone to jail after they were implicated in corruption. Companies have lost their tenders when it emerged kickbacks had changes hands.

Anti-graft group Transparency International in its annual corruption index has constantly maintained Rwanda at the top of the rankings. One of its top board members was in Rwanda last week to push for more measures, and the government seems a very willing partner.

However, even if the assent by the regional leaders means the new EAC code becomes the norm across the bloc, it is not obligatory for companies to take part.

Rwanda alone, imported 5,865 used vehicles between 2014 and July 2015, worth Rwf53 billion, according to the Rwanda Revenue Authority.

Rwanda alone spends over $100 million on clothes of which about $20 million is spent on second hand clothes.

Finance Minister, Claver Gatete, said “Wearing such clothes is not worth our (Rwandans) value.”

The country has launched a Made-in-Rwanda campaign to promote locally manufactured products. An exhibition of several local products was organised.

Effective this week, South Sudan is now member of the EAC – bringing membership to six. Already, Somalia, DR Congo and Ethiopia are lined up for entry.

Poultry Farmer To Save Rwanda From Importing Eggs

Djibouti President In Rwanda For Talks