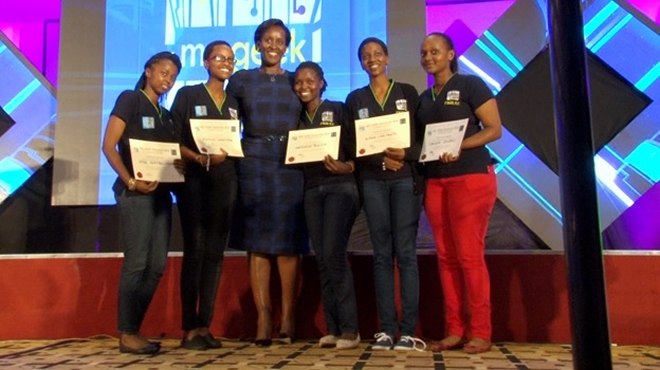 A Rwandan innovative business student has been crowned Ms Geek 2016 after her automated irrigation project was selected as the best among five finalists.

Rosine Mwiseneza 21, a second year student of Business Management at Kepler University had always wanted to create a solution to irrigation challenges among farmers.

She designed a system that automatically switches on and off an irrigation facility without farmers having to manually operate it.

The automated system consists of censors that first detect dryness or wetness of the ground.

The project won a Rwf2million prize in a tight competition involving five girls who had highly innovative projects among thousands.

“I am so happy that my project won, I have started getting contacts from different people who are approaching me and willing to work with me. I hope this project reaches far and meets many Rwandans, ” she said after winning.

Mwiseneza told KTPress that she expects to work on this project so that it benefits a large population since many Rwandans are engaged in agriculture.

All the final participants were awarded electronic gadgets including laptops and smartphones and the top three won cash prizes.

The First Lady Jeannette Kagame who was the guest of honor at the event said, “It’s truly admirable to see increasing platforms like these being put up by girls in ICT.”

“It’s a great pleasure to be here celebrating the achievements of ladies in ICT who are looking for solutions to problems facing our society in Agriculture, health, unemployment and many more”, she said.

The first runner-up was Samantha Manywa Pauline,  awarded a cash prize of Rwf1million including a Samsung tablet and a smartphone. Her project, ‘Hello Job’ is an innovation that seeks to decrease unemployment.

Lisa Ikirezi was the 2nd Runner-up winning a cash prize worth Rwf 500,000 and same gadgets.

The people’s Choice Award was taken by Ange Uwambajimana for her innovation of automated monitoring of IV-drips on patients.

In her innovation, a censor is placed at the drip and will send a message to the doctor’s phone to signal that the patient needs another drip.

Uwambajimana is a second level student at Tumba college electronics and telecommunications.

Ms Geek2016 encourages other young girls to believe in themselves and always fight to achieve their dreams.

Ms Geek competition is founded by Girls in ICT, an initiative that encourages young girls and women to pursue careers in the field of science, technology, and mathematics (STEM).

Lucy Mbabazi, the President of Girls in ICT told KTPress it has been a rough journey to have Ms Geek, however the seeds sowed are yielding positive results. 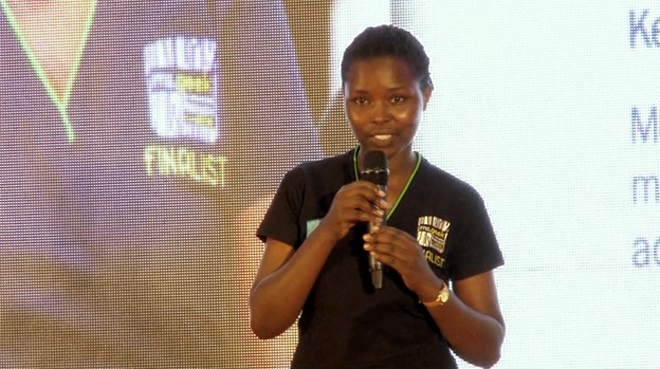 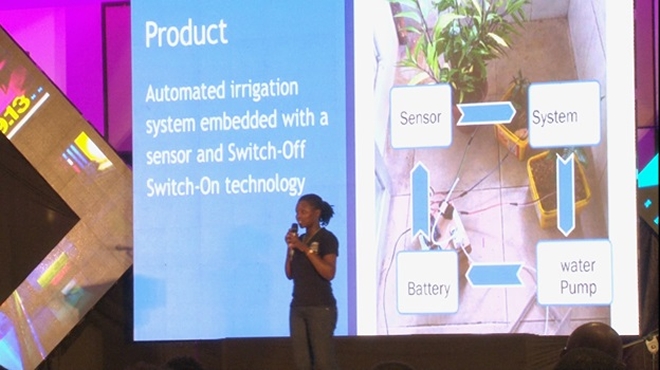 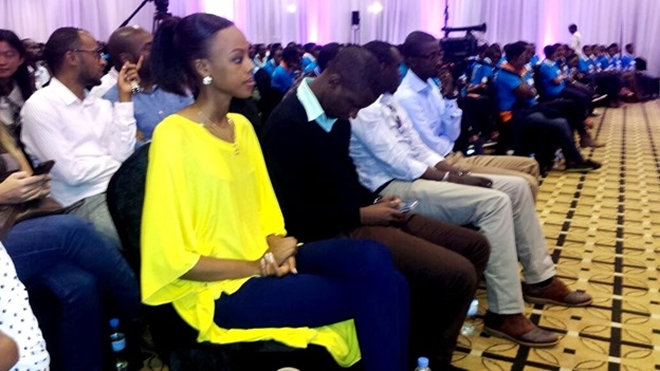 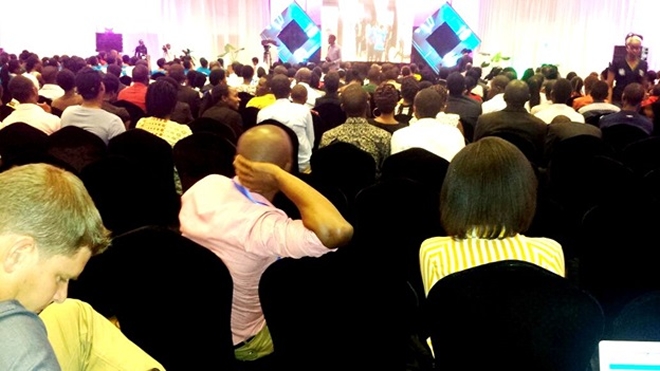 The event was highly attended 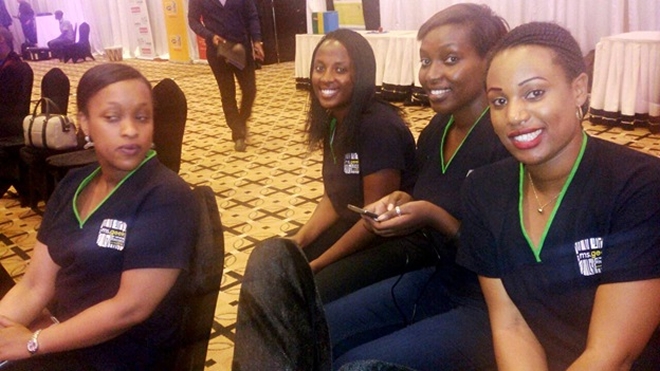 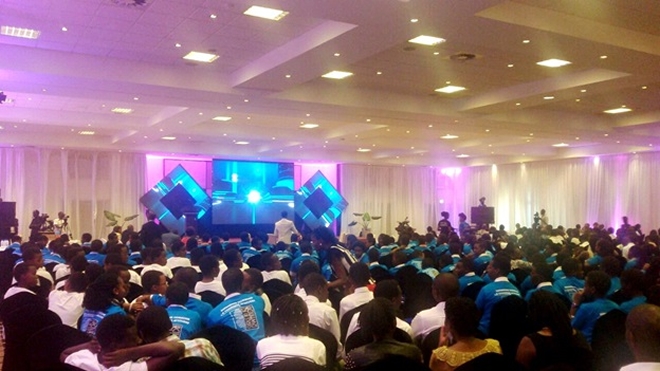